Goal!! The recent big one that saved the Stanley Cup ratings

After an overtime win Pittsburgh is again the favorite to win the Stanley Cup.

We all have goals. They can be as huge as planning for a career or retirement. Or maybe as simple as cutting the lawn this weekend. One thing's for certain, no bigger GOAL than by Pittsburgh Penguins left wing Chris Kunitz in the second overtime in Game 7 of the Eastern Conference Final over the Ottawa Senators. A simple shot that sent them to this week's Stanley Cup Finals and might have saved the National Hockey League.

OK, maybe that's an exaggeration. However, you could feel NHL commissioner Gary Bettman and all league executives sweating harder than the goalies in the OT for the Penguins to pull through. The thought of an Ottawa Senators-Nashville Predators Cup final would have made for a tough trivia question by Tuesday night. And NBC wishing it would have scheduled reruns of The Voice for an entire week. Alright, Anaheim-St. Louis isn't going to have folks staying up late up but Ottawa-Nashville!! No matter how many great country singers show up or how many catfish they throw on the ice, you could sense the desperation.

We like to use this cliché often "the line tells you something" but in this case, it told you to go into the vault. More often in football, the line moving a full point or two in a specific pattern is a strong indicator of "the sharps" knowing something is at play.

Before the game the Penguins were a -180/+160 favorite in Game 7 to advance. Not surprising due to their popularity, home advantage and big edge in playoff experience over the Senators. But an easy handicapping observation indicated the Pens were an awful 0-6 at home in prior Game sevens at home in the playoffs. A strange and intimidating reality to ignore.

Then why were the all the top online sportsbooks taking crazy action on the Penguins hours before the puck dropped last week? Major offshore sportsbooks like BetOnline and Diamond Sports had raised the line to -200 or -215. Bovada had Pittsburgh at -220 by the time the game started. Surely, an intimidating number to bet on with a record of failure in that situation.

Maybe Bettman should give Kunitz the Stanley Cup to sleep with should the Pens prevail against the Predators, because it was Kunitz who also scored the first goal to give the Penguins a 1-0 lead. An unlikely hero for a guy who hadn't scored in 35 games and 3 months. Penguins bettors weren't celebrating long as the Senators tied it up 1-1 only 21 seconds later. Despite dominating the game and almost taking double the shots on goal, it seemed nobody would turn in for the Finals if somehow the Penguins didn't find a way to win the game. Lucky, they did. 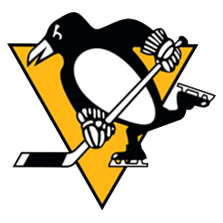 Nothing against beautiful Ottawa but most people don't know where it is located in Canada as opposed to a Montreal, Toronto or even Vancouver. And unfortunately, no stars to promote or historic rivalries to build upon. With the Cavaliers-Warriors NBA Final eight forever-months in the making finally about to happen, the NHL was desperate for Sidney Crosby and the popular Pens to show up on NBC TV. Throwing some catfish on the ice will help Nashville fans and maybe Dolly Parton will agree to bare some cleavage on the ice to help distract Pittsburgh. The Nashville Predators underdog 16th seeded team status is always a nice angle to promote.

In comparison, at least give the NHL credit in comparison for providing some competition and wagering excitement. Most series were extended including memorable ones between Pittsburgh and Washington and then Pittsburgh and Ottawa. Taking the Pens to seven games before falling in double overtime was exciting but would have caused a ratings catastrophe for the NHL. Bovada had the Penguins as a strong but not overwhelming -160 favorites to win the Stanley Cup over the Predators before the Stanley Cup final started. Expect the series to last as long as 6 and maybe even 7 games again. Game One was an indicator with the Penguins jumping out to a big lead before the Predators fighting back to tie the game and losing late. Overall, good for the league who can take a giant sigh of relief.

Now can we get back to focusing on legislating legalized U.S. wagering for all major sports including NHL hockey? Very necessary just in case the Columbus Blue Jackets return next year against the San Jose Sharks for the Stanley Cup.