Bovada’s New York Departure – So Much Fake News, Too Many Conspiracy Theories

It appears the basic truth along with a good business decision is not enough to satisfy all.

Besides disappointment, many were taken aback and surprised by the recent announcement  from online sportsbook leader Bovada that they will soon be withdrawing from the state of New York. In an open letter to customers on their website, the company announced directions for current customers to follow along with reasoning for their business decision.

The bigger story seems to be floating opinions and motives that have grown faster than daily Trump headlines.

The text on the Bovada website reads as follows:

On June 21st, 2021, Bovada will no longer be offering services to residents of New York. Decisions like this are never easy and are made on a state-by-state basis. The newly introduced regulation and its increased restrictions on our players residing in NY have ultimately led us to this decision.

What about my balance?

Until June 21st, you’re free to continue playing with any remaining funds, bonuses (Existing bonus conditions apply) or Poker Tournament Tickets, but you won’t be able to make further deposits.

If you'd like to stay in the action and place more bets leading up to the closure date, be advised that wagers placed on events that will only settle after June 21st will be voided and funds returned to your account.

You are free to withdraw at any time; we have several new cryptocurrency methods to choose from, note that existing wagering conditions will still apply.

Reading Between the Lines

When a company purges a good percentage of its business the first thing every hawk in the media circles for is a proving reason why. Therefore, why would Bovada surrender a solid core of customers they've acquired for over twenty years? If not for eventual online wagering to occur in New York later in 2021 but yield to other top online wagering sites immediately as well.

The answer or answers is there is no 100% exact reason. The likeliest may involve a multiple choice of the many conspiracy theories and "expert" opinions that are floating about. They include:

The most abstract notion is comparing Bovada's New York withdrawal to 5Dimes departure from the U.S. offshore wagering market.

To refresh your memory, the popular Costa Rica sportsbook reached an agreed $46.8 million settlement with the U.S. government in September 2020 following a federal money laundering investigation. As part of the agreement, it cleared CEO Laura Varela, the widow of murdered 5Dimes owner William Sean Creighton (a.k.a. Tony), who was kidnapped and found dead in 2018

According to the agreement, the non-prosecution would allow 5Dimes and Varela to pursue opportunities in the expanding U.S. regulated sports betting industry. With her cooperation she agreed to make significant changes to make 5Dimes "suitable for lawful gaming operation" according to the settlement. Translation: an opportunity to apply for individual state licenses within the U.S. in the future.

In a convoluted way, many are surmising this action by Bovada in New York is a similar tactical move. And by doing it without any forced-upon U.S. legal maneuver, this better helps their potential future strategy. The true answer may lie somewhere between "that's a stretch" and "who knows?".

Another theory making the rounds is that Bovada might have been feeling some pressure worrying about potential prosecution from the state of New York. The Southern District of New York (SDNY) is nationally known for their tough stance on illegal gambling. Their former leader, United States Attorney Preet Bharara, was the chief prosecutor behind "Black Friday" back in 2011, which led to the memorable case against Poker Stars and Full Tilt Poker.

In a handicapping way, it's been thought the same game plan could be used against a key target like Bovada. With some extra evidence that Bookmaker and BetOnline also withdrew from New Jersey in 2019 after sports wagering became legal in that state.

Again, this is another conspiracy theory type of reasoning, unless somebody was tipped off of potential action.  And no one in the world understands and reacts to power of inside information better than a sportsbook.

Likely the most sensible answer for Bovada's action in New York involves looking at the calendar. 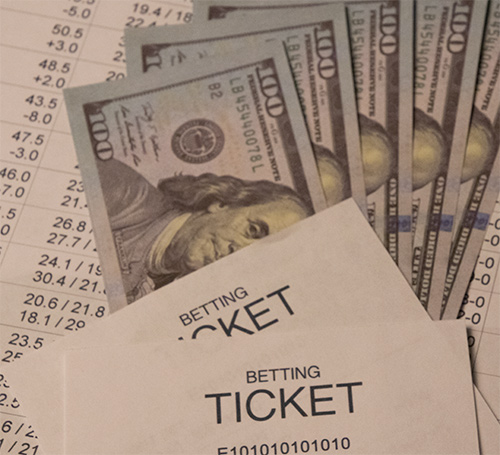 It would seem that they chose this June 21 date for a logistical reason, timed with a July 1 deadline date for New York sports betting. At that juncture, the New York State Gaming Commission will release its Request for Application to become either a provider or operator (or both) within the state. They must make that known to the public by or before July 1.

More evidence for Bovada's business decision could be proven quoting the primary intention of their Governor Andrew Cuomo. Cuomo has repeatedly made it known that the number one objective for changing his stance on online gaming is to raise a target of $500 million annually for the state. To accomplish that it will take record taxes and record share away from sportsbook operators.

Keeping it simple, in a business that targets a modest 6% to 8% return on investment, it would not seem to be profitable for Bovada to do business in New York, nor face potential legal prosecution. It is also expected from a competitive aspect that New York will tie New Jersey for the nation's largest number of online sportsbooks made available to the public.

Fundamentally there is no indication that Bovada is leaving the entire U.S. market and therefore will remain among the top offshore sportsbooks. Without substantial proof of any underlying reason, this June 21 announcement for New York seems to be a financially motivated decision that any other company would make, regardless of their industry or service.

Another advantage for Bovada or another large sportsbook, like a Heritage Sports or BetOnline, is opportunity for the casual small player to the large bettor to maintain their membership and ongoing relationship. With ever-advancing software monitoring daily player behavior, larger or successful bettors may be left out with no opportunity to continue play.

Until otherwise concrete proof comes forth, expect business as usual at Bovada, except in New York. The best bet is IF there will be any further changes, similar notice will be posted for additional bettors to find another home.