OSGA mourns the loss of a valued co-worker and friend

Last week our team suffered a terrible loss with the passing of Larry Gibbs.

We are sad to share the news that a member of the OSGA family has passed away. Over the weekend we found out that Larry Gibbs died unexpectedly from natural causes at his home in Florida. 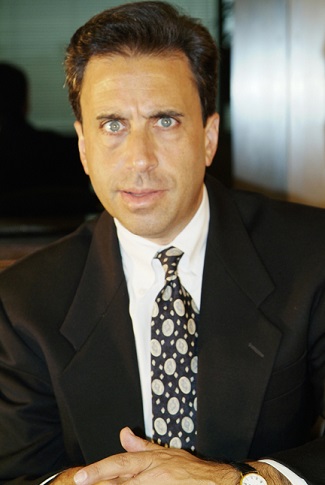 Larry was a ‘behind the scenes’ guy here at OSGA for more than a decade, working on back stories and gambling information for fans and visitors to the osga.com website. He eventually slid into the role of author and posted using the pen name of Glenn Greene. His weekly column delved into the heart of the sports betting industry, covering issues from the reversal of PASPA to the odds on the Kentucky Derby and his handicapping observations and opinions gave bettors something to think about. He was an integral part of our community and has been missed dearly since his death last week.

He also covered the gambling industry for several online news sites and could be found wandering the floor at gambling conferences throughout the U.S., including G2E, the East Coast Gaming Congress and just two weeks ago, the virtual floor of the SBC Digital Summit North America.

Larry Alan Gibbs was a Philly guy, having grown up in the 'Great Northeast' section of the city. He attended Eagles games with his mom and supported Philadelphia sports wholeheartedly, often bashing the boo birds that the city's sports fans are known for.

An avid horse bettor, Larry visited nearly 100 tracks in North America and parlayed his skills at the betting window into a profitable sports betting career. He often railed us with stories of cutting classes at Temple University to head to Philly Park and back then, Liberty Bell Park and Garden State Racetrack.

He moved to Florida in the late 2000s and cared for his mother until her passing several years back. He grew to love Florida and would provide us with hilarious daily updates on the mis-adventures of seniors in the Sunshine State. He could often be found people watching at the bagel shop or catching up with old folks at the popular early-bird specials in southern Florida.

Larry Gibbs will be sorely missed. Here at OSGA we hope to keep his memory alive and push forward with his unique take on the state of gambling in America today. We urge players to think of several of Larry’s mantras when betting in the coming days and weeks – join more than one sportsbook, don’t bet into bad odds and always remember, prop bets are man-made and just for fun.