Reviewing the Derby Debacle - It's Not Over Even After It's Over

Glenn looks at the disqualification of Maximum Security in this year's Kentucky Derby and wonders why there was no inquiry and why the Derby is the only horse race in America with 20 entrants.

It was unanimous.  Unless you cashed a massive ticket, the 145th Kentucky Derby was a colossal loss for horse racing

Any lifelong horse player will agree. Sweating out an inquiry and objection when your wager is involved is akin to a horrible itch with limited possibility to scratch it. The ultimate purgatory. It’s agonizing until the race is judged official.

In retrospect, there never has been and never will be a comparable horse racing situation close to last Saturday’s Kentucky Derby ending with its unpopular decision. You could weigh if it was unjust or not or whether a good or bad ruling. If you were holding "a live ticket" or just a casual fan traditionally watching the Run for the Roses, it was likely the worst sports catastrophe thus far in 2019. A record-breaking twenty-two minutes to decide win, place and show. Not to mention giant exactas, trifectas, etc.

The absolute biggest travesty that cannot be debated is that there was NO INQUIRY posted by the Churchill Downs track stewards and officials immediately after the race was run. Without fail, always the first sign that a horse or horses may be disqualified pending review.

The question why an inquiry wasn’t posted is very significant because DQs that arise solely from a jockey’s objection are by far in the minority across all levels of American racing. No official stats are kept on this, but most disqualifications are either the result of a stewards’ inquiry or traditionally the combination of an inquiry and a subsequent jockey’s objection together.

You can’t blame jockey Flavien Prat, not trainer Bill Mott of awarded winner Country House, for lodging their objection. They were least affected by disqualified winner Maximum Security, but had nothing to lose by their immediate claim. Unplaced horses, including War of Will and Long Range Toddy were more moved out of their path by Maximum Security’s cross over, but without any debate, weren’t going to win the race. 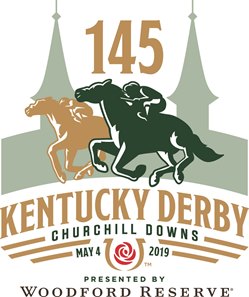 Again, what more will need a straightforward answer is exactly how close did the stewards come to hanging up the "official" sign before they received a jockey’s objection from Prat that would alter history? If they had instead received an "all clear" notification from the outrider, would the order of finish have stood? We will probably never know.

Maybe we can’t punish the stewards for taking that torturing 22 minutes to reach their decision considering the current climate of crisis that shrouds the sport? Safety for horses is under a national headline microscope, and the judges must ponder the devastating implications of what might have happened if the clipping of heels between Maximum Security and War of Will had triggered a tragic, multi-horse spill during America’s most popular race. I'm not necessarily taking their side here, but that could be some excuse for blindly missing their inquiry call.

When accidents and bad things happen, the initial reaction is to never let them happen again.  Here’s the consensus suggestion from most experienced race track people:

Only one thoroughbred race out of thousands run in the U.S. all year long has nineteen to twenty entrants in the starting gate. At most, the maximum is fourteen, with the average field of horses for a dirt race about eight. It is within the confines of greed that the Kentucky Derby and its unique point system of the last ten years has focused upon targeting a field of the top twenty. An inflated pool of twenty horses guarantees extra betting, extra exotic wagering, extra potential glamorous payoffs, etc. It also guarantees danger and potential for what unfortunately occurred in the 145th Kentucky Derby.

It was inevitable that a few horses were going to get pushed around out of the starting gate and a few certainly roughed up in the stretch with an ultimate Derby prize on the line. Though unfortunate, Maximum Security likely did deserve to be disqualified, no different than judging a $5,000 claiming race at Penn National Race Track. Was he the best horse in the race? Absolutely. But under the letter of the law, the stewards were doing their job. What they must be held accountable for is not immediately throwing the penalty flag.

Therefore, by pure luck and happenstance, Country House will be the official winner of the Kentucky Derby.  He will not be heading to Pimlico Race Course to pursue horse racing’s Triple Crown in The Preakness Stakes, being the first Kentucky Derby winner not to enter the Preakness since Grindstone in 1996. Country House has subsequently come down with a cough and is contemplating his next race according to trainer Bill Mott. Maybe it is a good thing. It would be sad and wrong to see an innocent horse potentially booed by 140,000 people.

As a very close second choice in the wagering, taking down Maximum Security was not a very popular decision in the betting community as well. Though a few squealed with astonished delight being handed astronomical returns with Country House, the much greater percentage of bettors were no doubt pacing the floor for twenty-two minutes. Again, without an inquiry, there was every reason to believe that the unofficial result would have been upheld.

It was also reported that the DQ cost many sportsbooks a great deal as well. Country House was on the list among "field" in every future book pool from several wagering sources. Maximum Security was among the more heavily bet participants in the most recent future pools. Look for that to have an effect in next year’s Kentucky Derby future book wagering with "all other" even more so leading the way as the favorite to win.

On to the Preakness

It won’t be long to judge the sad and disturbing effect of this year’s Kentucky Derby. It would be expected that television ratings, wagering and on-track attendance in Baltimore will suffer at the Preakness next Saturday. Maximum Security’s owners have already declared themselves out of the remaining Triple Crown races entirely, opting for the Haskell Stakes at Monmouth Park later this Summer.

Yes, I will be watching the Preakness, but it just won’t be the same. This horse is already out of the barn.  Somebody better figure out a way to get it back quick or further risk losing a sport already in trouble.