Free pick and preview of the NCAA matchup between the Ball State Cardinals and the Eastern Michigan Eagles.

MAC Attack on Election Night and Eastern Michigan Gets Our Vote

The country will be keeping score and watching the results of the Presidential election Tuesday night as Clinton tries to hold off Trump. And while many American's have negative feelings and would rather bet against those two 'bad' candidates, similar feelings harvest in the hearts and minds of sports bettors when betting on bad teams.

I wrote an article about betting on bad teams in August, and these two teams playing Tuesday would fit the profile heading into the season. Ball State versus Eastern Michigan is hardly a marquee match-up, but as I noted in my article, there can be value on some of these teams. My top season win total play was on Eastern Michigan over 3 wins, and as I pointed out in another article on Eastern Michigan, the Eagles were poised to make significant strides following 1-win last season and 2-23 in their previous 25 games.

But the reality of some of these 'bad' teams is that they will improve this season, and some of them will make big gains. Many will offer plenty of value in the betting market, but too many bettors, and especially novice or recreational bettors won't see the opportunity. The stock market indicator and buy low, sell high approach won't be part of their handicapping or betting portfolio.

We took flight with the Eagles from the start of the season, and they have rewarded their betting backers by going 7-2 ATS while winning 5 games this season. They have three more winnable games to finish the season with the final two at home. But while the Mid-American Conference (MAC) might not get much attention on election night, or as much action at the sports books, we'll be watching as Eastern Michigan rings in election night with a patriotic helmet design and what we anticipate as another money-making victory. 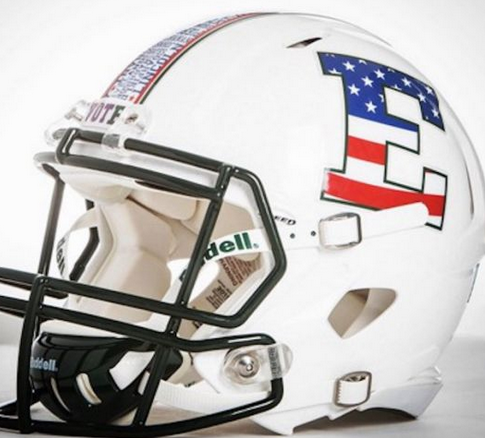 Eastern Michigan has been a much-improved team and feel good story this season. A victory Tuesday gets them a coveted 6th win which would make the Eagles bowl eligible for the first time since 1995 with the opportunity to play in a bowl game for the first time since 1987. That was before Bill Clinton was president, and now the country will have to endure a term with Hillary as the Commander and Chief of the United States of America. Should Trump turn the tables and pull the unlikely upset, we can all hope and pray that God truly does Bless America.

Ball State (4-5) looks like a tired team as they push towards the finish of a losing season. The Cardinals defense is deficient and they allow 5.0 yards per rush and 176 rushing yards per game. Their pass defense is much worse and is likely to get torched by Eastern Michigan's offense and QB Brogan Roback, who has thrown for over 300 yards in each of the past three games and now gets the face the MAC's worst defense. Ball State is allowing 523 yards per game in conference play at 7.0 yards per play; one of the worst in the county. Ball State was blown out at home last week by the league-leader Western Michigan 52-20. A week earlier, Eastern Michigan traveled to Western and hung with the league-leader until late in the third quarter trailing by just a touchdown 31-24. The Eagles would be unable to ride with the Broncos through the fourth quarter in a 45-31 defeat, and the rivalry letdown showed last week in their home loss to Miami, Ohio. But that provides us some value and a bounce back effort as Eastern Michigan is the better team in this match-up with Ball State. The Eagles are not only better at the line of scrimmage, but feature the better QB, special teams and much-improved 4-2-5 scheme defense.

Ball State does run the ball well at 245 YPG in the MAC, and James Gilbert leads the league in rushing. But that's about all the Cardinals do well. Eastern's ground game is a weak point, but their pass attack should tear apart Ball State's terrible pass defense that also has just one interception in league play.

Eastern Michigan's red zone offense is among the best in the country and second in the MAC, and Ball State gives up more big plays than any team in the MAC and has a poor red zone defense as well. Ball State is 1-4 SU/ATS in MAC play and they allowed Akron to pile up 529 yards offense and 35 points in a Zips win on this field two weeks ago, and we see the Eagles soaring to similar heights and production.

Eastern Michigan is a hungry team that should surge towards the finish with a bowl bid in site, and Ball State is a tired and less motivated team fading to the finish. The Eagles are 3-1 SU and 4-0 ATS in their last four road games, and while Ball State plays their last home game, we note that the Cardinals have been a terrible team to close each of the last three seasons, and Ball State is just 1-10 ATS the last two seasons in games in which they allow 28 or more points. We're betting that Eastern Michigan soars past 30 points in victory and that the Eagles celebrate on election night with a rare bowl-clinching bid.