Heading into the 2016 season, the Eastern Michigan Eagles look like one of the worst teams in college football, but with season total wins set at three, there may be some money to be made betting this future.

In recent weeks I've writing articles touting Tennessee as a top team, and also added some thoughts on betting on bad teams. The Eastern Michigan Eagles have been beyond bad for many years, going 42-146 the last 16 years for an average of less than 3 wins per season. In fact, only once since 2007 has Eastern Michigan finished better than tied for last in the MAC West. This is truly one of the worst programs in college football, and there have been rumors of dropping out of Division I and FBS completion. Eastern Michigan averaged a NCAA FBS-low 4,900 fans per home game last season.

Heading into the 2016 season, the Eagles will try to take flight from their nose dive that has seen them go 2-23 in their last 25 games. Most of those losses were one-sided and not competitive with an average margin of defeat of 22 points per game. Nine of their 11 losses last season were by double digits, and their last home win was in October, 2014 as a double-digit home 'Dog. Since October, 2011, the Eagles have won just two road games. In Mid-Atlantic Conference (MAC) play, Eastern Michigan has been brutal as well going 28-97 in their last 125 conference games including 14-straight MAC losses entering 2016.

So it's clear that when bettors shop the betting lines each week, most will pass on playing Eastern Michigan or likely look to lay the big price as they try to shoot down the Eagles.

That may be even more true to start the season, as Eastern Michigan will star the campaign without returning starting QB Brogan Roback. He's been suspended by coach Chris Creighton for violating department and team rules. Eastern Michigan's opener September 2 at home is not lined on the big betting board, but the Eagles should still beat FCS entrant Mississippi Valley State. 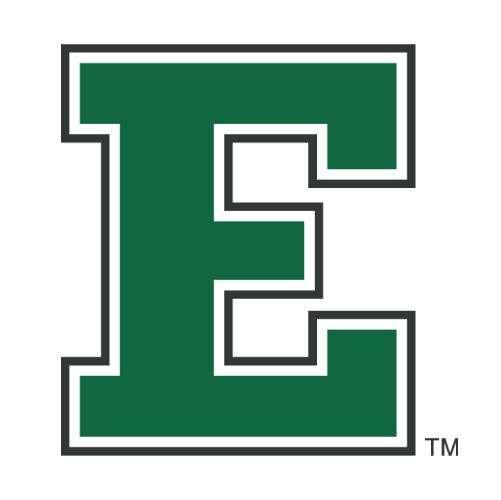 Coach Creighton has had past success at Ottawa, Wabash and most recently Drake, and this year the Eagles are projected to move forward in his third season in Ypsilanti. Last season the Eagles offense improved dramatically from 2014, as Eastern Michigan averaged 25 points per game and 380 yards per game. With 8 returning starters on offense and QB Roback hopefully returning at Missouri September 10 or the following week in another winnable game at Charlotte, Eastern Michigan should show pretty well on offense again with all 5 offensive lineman returning as seniors with 123 career starts combined.

Sure the defense was a sieve last season allowing 42 PPG and 520 YPG. But progress is expected with new defensive coordinator Neal Neatherly coming over from Texas San Antonio where his defenses averaged 21 turnovers during his six-year stint. Eight returners and added depth in a more aggressive 4-2-5 scheme makes them a potential under the radar unit that should be much more competitive versus the stronger MAC teams. The improvement could be significant in the new four-man front as senior defensive lineman Pat O'Connor returns from a labrum injury that forced him to miss the entire 2015 season. He led the MAC in sacks in 2014, had 14 tackles for loss and was first team All-MAC. He'll team with senior newcomer DE Joe Keels who comes over from Nebraska. Jeremiah Harris is also back along the line after missing a majority of the season last year with a hand injury, and the Eagles will be better up the middle with returning defensive tackles Luke MacLean, who had 10 tackles for loss last season, and senior Mike Brown. In addition, the Eagles have another hidden gem in Austin Barnes, one of the best punters in the MAC who averaged nearly 44 yards per punt last season.

Looking at the schedule, you can forecast wins against Mississippi Valley State, who was 1-10 last year. We'll call it the 'loser' bowl to start the season, but at least the Eagles can gain confidence and start the season with a win to equal last season's win total (1-11). The game at Charlotte should give them a solid shot to win as the 49ers are improved but still projected as the worst team in Conference USA following 2-wins last year. Charlotte may feel the same way with Eastern Michigan coming to town, but the Eagles are still rated better.

While season wins totals are not as widely available on smaller schools or losing teams and programs like Eastern Michigan, you can find 3 wins (-110) available in the season win market. So the Eagles could be just 1 win away from 3 wins heading into their home game September 23 versus Wyoming, whom they beat last season for their only victory.

The opening four games in MAC play are all difficult with three on the road against four of the best teams in the MAC in Bowling Green, Toledo, Ohio and Western Michigan. But a home game versus Miami, Ohio on October 29 is most winnable against a Red Hawks team projected to finish last in the MAC East and slowing making improvement like Eastern Michigan. The road game at Ball State is against a crappy Cardinals defense and a new first year coach. Following a bye week, the final two games are tough at home versus Northern Illinois and Central Michigan, but the Eagles may already have their four wins and be playing with house money as underdogs yet again.

I didn't list any Eastern Michigan players in my small school stars article, but the defense returns a top player and captain in O'Connor and will be improved. The Eagles don't have top talent or the recruits that Western Michigan has been able to real in the past four seasons 108 miles away straight West in Kalamazoo. But Eastern Michigan will surprise someone and they will certainly snap their 0-14 MAC losing streak and break free from their current 3-29 record in the MAC the last four seasons.

This year's Eagles are a big ugly' Dog that few will want to feed or back with their betting bucks, but a season win total of 3 should be surpassed.