How the Super Bowl Streaker Will Change Prop Wagering

One moron's memorable stunt didn't score at Bovada and will also have an effect at many sportsbooks offering prop bets.

I first want to take a bow and congratulate myself for tipping anyone who read my pre-Superbowl prop betting article about the generous +750 potential for a fan running onto the field during Super Bowl 55. Little did I know that some clown would elude much higher realistic odds in actually making it happen.

In case you somehow missed it, Yuri Andrade, 31, of Boca Raton, Florida, caused an unplanned television timeout by taking to the field in Tampa with 5:03 left in the fourth quarter with the Buccaneers dominating the Chiefs 31-9 in SBLV. Performed before an international audience of millions watching, it debatably caused some welcome entertainment during an otherwise dull Super Bowl.

The professional extrovert dodged a couple of tackles from security guards before sliding at the three-yard line as guards piled on top of him. As I jokingly pointed out in the earlier article, I thought it might involve someone wearing a Proud Boys or Antifa uniform. Little did I expect, this dude would be wearing a man bra and shorts!

"Pull up your pants my man, take off the bra and be A MAN", screamed nationally syndicated radio announcer Kevin Harlan in a never to be forgotten hilarious broadcast. As if Tyreek Hill of the Chiefs was forecasted to do, Harlan called out "he goes to the 40, the 30, slides at the one and tackled hard by security before he reaches the endzone".

Kevin Harlan's call of the idiot on the field (w/video from @rlacey23) : pic.twitter.com/iAI7WDi5xx

Retired St. Louis Rams quarterback and broadcasting partner Kurt Warner may have gotten an even better comment in saying "hey dude, once you go that far down the field you gotta score!!". He should know, as it was Warner's memorable goal line drive into the end zone that ended the Tennessee Titan's only Super Bowl dream in the 1999 NFL season.

As Andrade willfully took credit for pulling off the stunt, he stupidly revealed his main motivation. Not surprising, it was for financial gain.

He boasted in interviews he would make $375,000 from the pre-planned publicized stunt because he had placed $50,000 on someone streaking onto the field during the game at odds of +750. Yup, out of perhaps 300-400 prop bets available on the average Super Bowl menu available at most top sportsbooks, he was going to personally insure his own action.

He provided further details in specifying he planned several $1,000 cap bets at preferred sportsbook Bovada for his prop bet. In trying to mask the plot, he had arranged with several friends to place wagers for the "fan onto the field" bet to help fund the scheme.

Similar to a potential horse racing foul posted after a race, the "inquiry light" was immediately lit at Bovada, who froze all payments on this specific wager pending an investigation. Upon completion of the inquiry, Bovada announced that all proposition bets that were found NOT linked to Andrade would be paid in full.

Bovada issued this statement in response to customer inquiries:

"Our players have always trusted us to ensure the integrity of all props offered in our sportsbook. We will continue to make sure that any publicity stunts or ill-intended behavior cannot adversely affect the outcome of a player's wager."

As a result, Andrade was incredibly lucky his ribs were not broken by security guards for interrupting a national event with millions of dollars at stake. He was subsequently arrested for misdemeanor trespassing and released on a $500 bond. Though his actions had nothing to do with any results of the game itself, it falls into a gray area akin to match-fixing.

The more important issue is it did disrupt the opportunity for more prop wagers like this to be included for future Super Bowls or any other feature sporting event. A question may become for sportsbook operators to further narrow the category for outlandish props they offer the wagering public to potentially wager upon.

While top offshore sportsbooks like Bovada, BetOnline, WagerWeb and others have come accustomed to offering dozens of "outside the box" props during feature sporting events, new sportsbook operators in the U.S. have watched in jealousy not being able to fully participate. 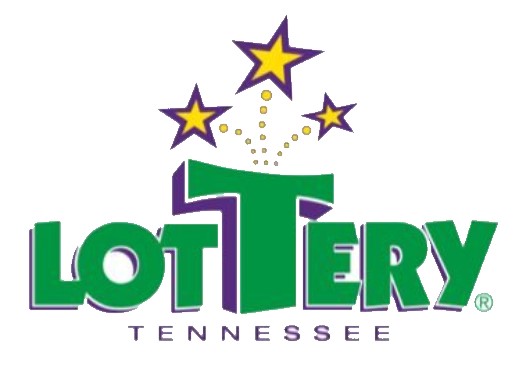 During a recent meeting, the board of directors for the Lottery said that the industry saw significant anomalies within two of its sports betting operators. Due to the activity, a total of 74 accounts have been closed within the two platforms.

According to the developing story, the TEL did not allow "non-football prop-type bets" as requested by operators for the game. Other U.S. states do not allow these types of wagers, such as, "What color Gatorade would be poured on the winning coach after the game?". Thus far, the lottery has not revealed what type of bets were suspicious.

I do not want to even think about potential Super Bowl prop betting for next year when pre-season games for Major League Baseball have not even begun. But I will forecast this:

Don't bet on a record number of Super Bowl prop wagers being available. Don't bet on Gatorade color baths or fan appearances on the board either.  And don't bet on the pre-game national anthem length to handicap, as they took that prop off the board this year as well.

Here's hoping the coin flip remains. Heads or tails at -105 might be the safest action available.