Once the NBA crowns a champ, all attention sways to Major League Baseball and thinking about (and bet on) who might be the next World Series champion.

As we determine who will be the NBA champions on Thursday or Sunday evening all attention sways to Major League Baseball and thinking about who might be the next World Series champion.

In any other year we likely would be handing the trophy to the Chicago Cubs, who have leaped out to an incredible 44-20 record. Obviously, not many bettors are ready to confidently relinquish that to a team who hasn't even been to the World Series in 71 years nor won it in 108. Whether you want to blame it on curses or goats, perhaps that's why the Cubbies are currently standing at reasonable future odds to win it all.

Surveying around a few of the major offshore sportsbooks, here's where things comparatively stand for the Cubs to win the 2016 World Series in their future books:

This argument is purely subjective, but wouldn't you figure the odds to be currently less for a team with a 44-20 record and a 10 game lead in their division? No doubt this is what happens in our "what have you done for me lately" world. Especially when the spotlight is upon a team that hasn't won a WS in 108 years.

If you need any other proof, check out the line in Game Six for the Warriors-Cavaliers game in Cleveland. It was about a week ago after blowing out the Cavs, Golden State was up to a -3 point favorite on the road. Now after they've redeemed themselves, Cleveland is back to themselves being up to a -3 favorite at most preferred offshore sportsbooks.

The point being bettors have a very, very short memory and in the case of the Cubs a very LONG memory. Whether you have faith in the Cubs or not, I'd keep an eye on their future book odds to win the World Series, especially as they likely will go into some kind of slump this season like any other team. You may receive a bit better potential odds. 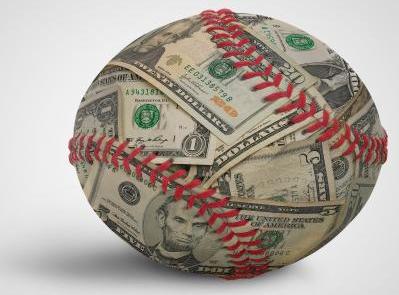 Compared to the NFL, you're dealing with an entirely different animal. A sport where you're speculating your team to reach the playoffs and need to win two to three games to reach the Super Bowl. In MLB baseball, new rules may have your team needing a Wild Card win if they don't win their division to get to the first of two tough series before they begin the potential of the seven game World Series.

A great example was recently as last year when the Carolina Panthers were still about 30-1 to win the Super Bowl after opening at 4-0. Most of the attention was focused on the year before while comparing them to other NFL teams. Only their loss to Denver prevented some bettors from cashing in at a huge price.

I'm not suggesting to rush out and bet on the Arizona Diamondbacks or even the surprising Cleveland Indians. But the point being this might be your LAST CHANCE to score at a very handsome price. Those Indians are now listed at +1400 at BetOnline but started the season at +4000. Should they continue in first place on September 1st, figure most offshore sportsbooks to have them listed somewhere around 8-1 to 10-1. An example of another team with a very forgettable World Series past. If it was the Yankees, you wouldn't get nearly those favorable odds.

If you believe in the Cubs figure this is the best price you may receive as they were listed as low as +250 in Nevada and most offshore books a month ago. Placing the spotlight upon three to four other speculative teams, carefully watch the board right up to the All-Star break in about three weeks from now. That is the ideal time to make your investment at obviously the best comparative odds. Waiting any longer puts you at a wagering disadvantage and likely (but not guaranteed!) hurts your chances.

And if you need proof of that? Do you remember those Oklahoma City Thunder were very recently up 3-1 and one game away of eliminating "the greatest team in NBA history" in the Golden State Warriors. Timing is well...everything!! You could have received +350 odds instead of -175 to win it all on the Warriors less than three short weeks ago. Let's see what happens Thursday or Sunday night.