50 Years of Super Bowl Bets: The Good, The Bad and The Shaky

Glenn tkes a look a historical look back to some of the best, worst and heart-breaking moves over the last 50 years of Super Bowl bets.

No one could ever write a better analogy for betting on the Super Bowl. It's like drinking on New Year's Eve. The one day the amateurs drink with the pros. The only regretful difference is Gamblers Anonymous will have its busiest day on Monday while it's business as usual for AA on January 1st.

Yes, from seasoned handicappers to clergymen, everyone seems to have an opinion on who will not only win the Super Bowl but who is best to wager on. Last week my friend sourly stated to me "I guess the favorite will again this year...the Panthers look really tough". Indeed, Carolina opened at -4.5 but now at -6 and climbing fast at popular offshore sportsbooks like Bovada, Heritage and Diamond Sports are taking a lot of action. But did you know that the UNDERDOG had covered three straight times before last year and taken the money six out of the last seven games? Dogs have covered a commanding 10 out of last 13 Super Bowls. Last year's game was a Pick (or New England+1) with the Patriots memorable finish win over the Seahawks.

But maybe that's just the point and why some bettors like to exploit the "amateur money" invested into the Super Bowl. It is common knowledge that casual folks will traditionally rely on favorites and always weigh heavier on Over the Total to remain in the game. Therefore, should you be seeking the underdogs and/or Under this Sunday, it might be wise to shop at sportsbooks like Bovada or BetOnline. Large, established offshore sportsbooks that cater to favorite-oriented bettors, especially on the game's most "tourist-oriented" day.

If it only were so easy. Here's a historical look back to some of the best, worst and heart-breaking moves over the last 50 years of Super Bowl bets:

The 1985 classic is an obvious choice and the unanimous candidate for the greatest Super Bowl defense. And strangely, only the fourth game to date where both teams were making their Super Bowl debuts. "The 46 defense" coached by defensive coordinator Buddy Ryan under head coach Mike Ditka has no overall equal. Hard to score a TD upon, yet alone defeat. Only the Dolphins upset in the regular season prevented a perfect 16-0 unblemished record for Da Bears. On D, Richard Dent, Wilbur Marshall, William "the fridge" Perry, Leslie Frazier, Dave Duerson, Mike Singletary...the list goes on and on. QB Jim McMahon was an average QB. But all you needed was to hand off to Hall of Famer Walter Payton behind a great offensive line or pop a bomb once in a 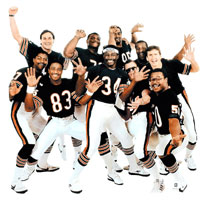 while to WR Willie Gault.

Their overmatched opponents, the New England Patriots were a Cinderella team during the 1985 season because many sports writers and fans thought they were lucky to make the playoffs at all. New England began the season losing three of their first five games, but won six consecutive games to finish with an 11–5 record. They had some respectable names including QB's Tony Eason & Steve Grogan tossing to WR's Stanley Morgan & Irving Fryer but were no match for the legendary Bears. Maybe it was the Patriots strong showing in the playoffs but somehow the betting line was only Chicago -10. After the Pats took an early 3-0 lead it was over in a blink. The Bears were up 23-3 by halftime and then 44-3 at the end of the 3rd quarter. It could have been worse in a 46-10 that wasn't as close as the score indicated.

Super Bowl 24 was another no-brainer and the most lopsided in SB history. The 49ers entered the game seeking to win their second straight Super Bowl. Bill Walsh retired as head coach after San Francisco's 20–16 win over the Cincinnati Bengals in the previous year's Super Bowl, but rookie head coach George Seifert did not miss a beat, as he guided the 49ers to a league-best 14–2 regular season record. Their two losses were only by a combined margin of 5 points. Many couldn't believe you only had to give the Denver Broncos only 12 points with Hall of Famers Joe Montana, Jerry Rice, Charles Haley, Ronny Lott and a guy named Steve Young sitting on the bench. Young QB John Elway would have to pay his dues. The Broncos were down 27-3 at half. It only got worse in the second. Final 49ers 55-10.

Surely the most infamous Super Bowl finale for odds makers was Super Bowl XIII. The 13th installment saw the Pittsburgh Steelers open as 4 ½-point favorites over the Dallas Cowboys and the number dropped to 3 ½-points with early action on the Cowboys. Even though Dallas lost the game 35-31 to Pittsburgh, early bettors cashed with the 4 ½-points and Steelers backers won on the closing line. To this day, SBXIII is considered "Black Sunday" for the sportsbooks. And a symbol to all bettors to comparison shop as that sacred half point can make the ultimate difference, especially on football's biggest day. A list of all preferred online sportsbooks is easy to obtain. Joining at least two is always highly recommended.

Don't have a great memory? Go back only last year to New England's last second 28-24 win over the Seattle Seahawks. It was -1 to a Pick virtually all week and that was huge factoring in the popular teaser betting involved. Whether you blamed Seattle head coach Pete Carroll or QB Russell Wilson's ill-advised throw or perhaps neither, you were certainly lucky wagering on the Patriots. That's one bet I would never brag about.

Two games will always stand out in memory. As obvious as the great 49ers and Bears team were in being double-digits "locks", these two teams will always bring smart bettors back to earth as the only true locks are available at Home Depot. 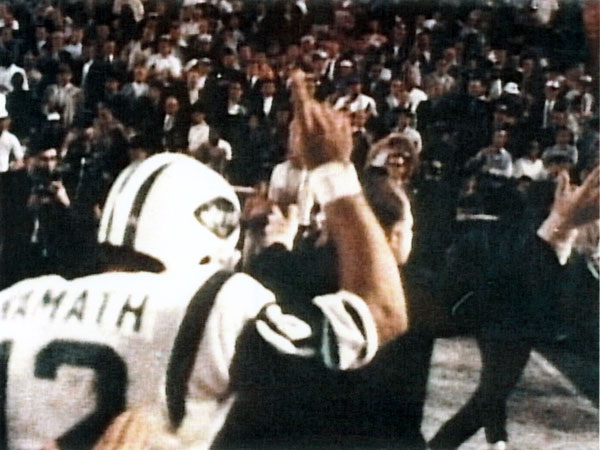 Super Bowl III will never be forgotten as the true birth of the AFC or what is was known then as the AFL and the very first game to be labeled "Super Bowl". Entering Super Bowl III most sports writers and fans believed that AFL teams were less talented than NFL clubs, and expected the Baltimore Colts to defeat the New York Jets by a wide margin. Baltimore posted a 13–1 record during the 1968 NFL season before defeating the great Cleveland Browns. Officially, the line was -18 and likely higher with most bookmakers as it was difficult to find anyone to bet on the Jets.

Undaunted, Jets quarterback Joe Namath made an appearance three days before the Super Bowl at the Miami Touchdown Club and brashly guaranteed a victory. His famously backed up his words by controlling the entire game, and built a 16–0 lead through the fourth quarter off of a touchdown run by Matt Snell and three field goals by Jim Turner. Colts quarterback Earl Morrall threw three interceptions before being replaced by Johnny Unitas, who then led Baltimore to its only touchdown during the last few minutes of the game. FACT: Namath was named the Super Bowl's MVP, despite not throwing a touchdown pass in the game or any passes at all in the fourth quarter. Before there was a Bill Belichick, a Colts head coach named Don Shula must have learned something from this memorable upset. He went on to become a Miami Dolphins legend.

And if any day Tom Brady will never get over its February 3rd, 2008. That's the date his undefeated New England Patriots confidently went into Super Bowl XLII opening as -10 favorites and closing as -13 over the New York Giants in Phoenix Stadium. The media frenzy billed the Pats as "the greatest team in Super Bowl history".

Of course the game is best remembered for the Giants' fourth-quarter game-winning drive. Down 14–10, the G-Men got the ball on their own 17-yard line with 2:39 left and marched 83 yards down the field. David Tyree made a leaping one-handed catch pinning the football with his right hand to the crown of his helmet for a 32-yard gain. Wide receiver Plaxico Burress then scored the winning touchdown on a 13-yard reception with 35 seconds remaining.

Although the Patriots were certainly a very good team, perhaps too much emphasis was placed on ONE key player in a team sport. Also the "any given Sunday" proverb was forgotten and this wasn't a World Series of seven games. When you hear discussions of "bad value" in point spreads, this one game often is debated in underestimating the Giants who featured QB Eli Manning, WR's Amani Toomer, Plaxico Burress plus a very good defense rated #3 in the NFL. Not only did the big spread money go down on the Pats, but the expensive money line and all teaser action as well.

The Super Bowl is ONE game and one game only. You can "bet" but not "win" more money on the Super Bowl than say opportunity on Jacksonville +6.5 vs. Tennessee in October. Why press your luck and think you are "playing in the Super Bowl or it counts for more?

By the numbers, favorites have gone 33-15 straight up and 26-18-2 against the spread in the Super Bowl. The point-spread rarely comes into play with the Super Bowl, meaning you just have to pick the winner of the game. There have only been six (out of fifty) instances where the favorite won the game straight up but failed to cover the number.