Yet Another U.S. Sports Book Refund

A promotion for PSU bettors, publicity for the rest of the USA

Anyone who sat down to watch last Saturday’s Penn State at Indiana college football game will not long forget it. Anyone who BET last Saturday’s Indiana-Penn State game might never forget it. Along comes DraftKings to help smooth the pain if you held a money line ticket on the Nittany Lions ending result. But remember, as a great saying in life goes . . . when something looks too good to be true, it usually IS too good to be true. 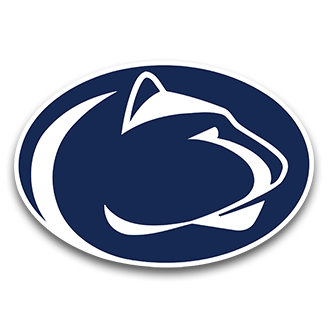 All seemed rather hopeless for the Indiana Hoosiers, who were afforded a great opportunity by Penn State (-6.5) late in the game to either tie it up in regulation or potentially win. The Nittany Lions went ahead with about 1:30 left but mistakenly scored too quickly instead of flopping near the goal line to let more time run. That miscue allowed Indiana QB Michael Penix Jr. the chance to run the offense back onto the field with a few timeouts remaining. They scored and tied the game up at 28-28 into OT.

The other revelation was that most all of the top online sportsbooks had the Over/Under Total listed at 62.  Any bettor that wagered upon under was sure they must have committed some unpardonable sins in life to deserve this bad beat fate upcoming. Conversely, any over bettor was comfortable they had made peace with the Lord and this was a beginning reward.

As the game between the Hoosiers and Nittany Lions went into overtime tied at 28, Penn State drove down on its first overtime possession and scored easily. By NCAA overtime rules, Indiana had to answer with a touchdown, which they did, making the score 35-34. The Hoosiers boldly decided to go for two instead of the extra point to get an outright win. 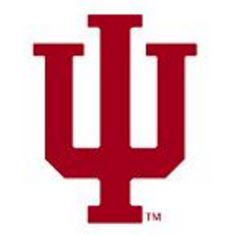 Hoosiers QB Michael Penix Jr. scrambled to his left and took off for the goal line to secure a historic upset win over No. 8 Penn State. Penix Jr. reached out like a Kobe Bryant dunk from the foul line, getting to the orange end zone pilon. After a long referee conference, the call on the field was upheld that he got there, giving Indiana the celebration and a 36-35 final score victory.

You could go online and watch the play yourself to render your own judgement. It was a subjective decision by the officials. However, beyond any reasonable doubt no one could dispute it was a remarkable play after a courageous call by the Indiana head coach. Wagering-wise, at the time the only thing left in doubt was the money-line on who won or lost the football game.

Shortly after the game it was announced via Twitter that DraftKings would refund money via site credits to any account member that wagered the money line on losing Penn State.

I suppose this was like a refund for terrible service from your cable company or credit for a bad meal at a popular restaurant you visit often. For PSU money line bettors, it probably was akin to that old Monopoly card than read "Wow, bank made an error in your favor, collect $200".

Then again, come bowl and end of the year ranking time, should that play be the difference between the Nittany Lions and any potential National Championship, this good natured reversal refund ticket won't be enough to convince the NCAA voting committee.

Many believe this is some sort of "classy" move by DraftKings regarding rewarding bettors for suffering upon a controversial or wrong officiating call. At best that is either untrue or certainly something to be suspicious of.

First, it is highly uncommon for any casino company to refund any losing bets, period. If, in any rare instance they do so, it is with some secondary purpose. I cannot believe than any Penn State bettor believed it would be possible they would be receiving any type of refund. To check out their DraftKings account and see a credit must seem like some sort of Christmas gift.

In fierce competition with their main current rival FanDuel, this is more of a misguided publicity stunt, that is sadly and unfortunately beginning to happen at selected times of late. Last month, PointsBet and FanDuel refunded customers on selected wagers after Novak Djokovic was controversially disqualified from the U.S. Open.

The worst part could be the precedent it begins to develop among sports bettors. I hope customer service people will not have to now listen to bad beat appeals. Perhaps email requests for unfair late pass interference calls in football games that cost bettors the spread.

Imagine questioning the photo finish camera at the racetrack. Or a bad call decision by one of the judges after the race. Hey, I don't recall getting a refund on my Win tickets for Maximum Security after he was wrongly disqualified and taken down in the 2019 Kentucky Derby.

The bottom line is the officials make the calls and the public (including the wagering public) must live with it. It has been like that since day one, long before sport and a bookmaker got together to start accepting wagers.

Unfortunately, DraftKings, FanDuel, or PointsBet are missing out next week on the ultimate "bad beat" promotion because they cannot by law offer wagering on politics. The November 3rd U.S. Presidential election offers the best opportunity.

Upon potential defeat, it is expected the current President of the United States will lodge a two-month official inquiry claiming mail fraud and vote count misconduct that will involve the entire nation and the Supreme Court. The controversy will go way beyond endzones and the Penn State-Indiana game. And no matter how many replays are shown daily, the President and his fans will not be satisfied with the ruled outcome by officials.

In the interim, perhaps the preferred list of sportsbooks that currently do offer wagering on the U.S. Presidential election might offer a refund as a goodwill gesture. Or maybe offer up a Free $100 Jets-Giants Super Bowl future bet instead as a consolation? That would be a lot more transparent.