Creighton alum Warren Buffett has been behind in a million dollar bracket challenge for the past 4 years.

One of the many reasons the CEO of Berkshire Hathaway is a billionaire. He knows the odds.

Ask the average person who Berkshire Hathaway is, and they'll shrug their shoulders. For the record, after Walmart, they are the largest corporation in the world with revenues last year of over $225 billion. If you put on your underwear in the morning to get ice cream later that night, you might need batteries during the day. But don't hit the road without car insurance. That's a hint of companies where they occupy 100% ownership. Fruit of the Loom, Duracell, Dairy Queen and Geico plus dozens of others. That's not counting minority ownership in platinum brands including Coca-Cola, American Express, Delta Airlines, Apple, the list is almost endless.

Unofficially, they and Berkshire Hathaway Chairman Warren Buffett can now add the NCAA Men's Basketball Tournament to their list of holdings.

No, you wind find it on a stock certificate or in a legal certificate, but it now seems like Buffett is a traditional part of March Madness. Besides who got left out of the field of 64 (well 68), his million-dollar prizes and contest awards are capturing the biggest headlines.

As in years past, Buffett is offering $1 million every year for life to any of his 367,000 employees who can pick a perfect NCAA tournament bracket through the Sweet 16. To sweeten the pot this year he'll double the prize if a team from his home state of Nebraska takes the NCAA tournament title. That would be the Creighton Blue jays. Currently listed at +35000 odds at preferred offshore sportsbook Bovada. 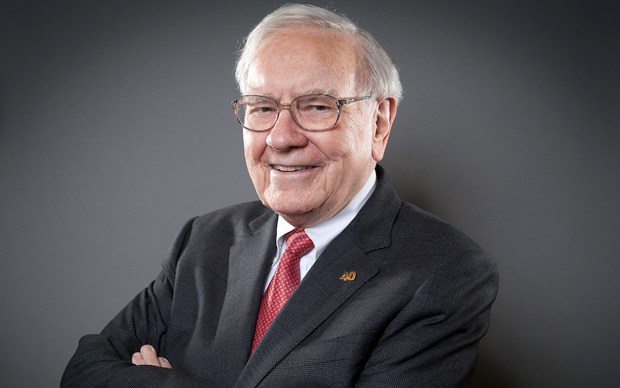 For Buffett, it's a very safe bet. Beyond the Browns winning the Super Bowl next year or President Trump not firing another staffer for the next three years. Comparably, of the 18.8 million brackets filled out on ESPN last year, only 18 got the Sweet 16 right. In the four years Buffett has run similar contests, no one has taken home the grand prize.

Here's a brief synopsis of what's occurred since Buffett has gotten involved since 2014:

The first year was 2014 when Berkshire Hathaway and Quicken Loans partnered to offer a $1 billion-dollar prize for a perfect bracket. No one won, while Yahoo was entered into a lawsuit for backing out of a similar corporate contest. It was unknown and rather unpublicized back then of the astronomical odds of winning.

The contest disappeared in 2015 amidst legal proceedings but reappeared in 2016 when Buffett changed the rules and prizes to potentially reflect "more realistic" odds and chances of winning. This time employees could receive $1M for life for anyone who pick a perfect Sweet 16 and as a consolation $100,000 for anyone with the best score. Two employees split the pot with 15. Last year a West Virginia steel worker came amazingly close by only missing one game and the million-dollar prize but also settled for the $100,000.

The point I'm making here, not the individual game point spreads which are readily found at any preferred sportsbook is that Mr. Buffett didn't become one of the world's ten wealthiest men by being foolish. He is best known for his consistent, practical judgements, wise investment knowledge and attention to historical data. That would include this simple calculation. The odds of selecting every winning choice in the NCAA Men's Basketball Tournament are at least 128 billion to one. Many mathematicians believe that is a conservative estimate. Throw in the even-more unpredictable nature of this year's NCAA field of 64 and you get the picture.

The odds of getting every game correct to the Sweet Sixteen are likely over a million to one. Factoring in a large sample of roughly 367,000 loyal workers might reduce the odds down a bit and doubling the potential prize with incentives also has an effect. But remember, if possible, a million dollars is "walking around money" to Mr. Buffett compared to the average $50-$100 for most of us. And if I'm betting on anything, Warren Buffet is still the kind of guy that still walks around with only fifty to a hundred bucks in his pants for practical, safety reasons.

Like the popular, ESPN Tournament Challenge, which is prominently tied in with Allstate Insurance, the Warren Buffett Challenge also has a corporate partner in Quicken Loans.

As I fill out my ESPN brackets each year, I uncomfortably realize my email address is likely being sent over in some way to Allstate and many other tie-in partners for email opportunity solicitation. Adding in my age and other demographic information creates a slam dunk. But I suppose we all are willing to take that chance to win a nice prize with no risk and to keep score over the eighteen days. I can imagine how many people are at work at Quicken Loans with new mortgage and reverse mortgage leads starting in April.

I realize by this Sunday night I might have strong regrets why I didn't take a Buffalo advancing to the next round. Perhaps considered nailing the Lipscomb Bisons with the double-digits. And most important, checked back on my application sent to Dairy Queen last month. Next year I must officially get in on the Warren Buffett Bracket Challenge.