Some sportsbooks have begun to use a rule regarding winning action and 'sharp' play as a way to weed out successful players, confiscate player funds and improve their bottom line.

The Off Shore Gaming Association will turn 20 this year. And in those years we have seen changes and trends in the online sportsbook industry. Some of them good, some of them bad. We have also spent a good deal of our time over those years warning players about smaller, newer sportsbooks, as many of them struggle and eventually close.

Let's face it, it is hard for a new sportsbook to compete with the like of industry giants like BookMaker, 5Dimes, Bovada and BetOnline, all of whom have tens of thousands of customers. A new sportsbook will start out with just a handful of players and many are lucky to end their first football season having serviced even 300 players. That make is tough to not only compete, but just to stay afloat.

A trend that we are seeing started several years ago is slowly beginning to become the norm at new sportsbooks. Over 6 years ago OddsMaker came up with a rule that enabled them to label a player as sharp or a wiseguy and thus not only deny his action, but confiscate any winnings and in some cases, all of the players funds. It's the 'Recreational Player' rule.

Almost every newer sportsbook has this rule.

It goes like this: "We cater to recreational players only. Any professional, steam, or syndicate players will have their accounts closed immediately and funds at the moment will be confiscated." Or a more vague description could have as few words as, "We reserve the right to suspend a client account without prior notice and return all funds." Note that this does not say payout all funds, but return of funds, which translated means a return of any funds deposited and confiscating any winnings.

"The Recreational Player rule is being used as part of the business model . . . "

Any larger, established sportsbooks who may have a rule in place about sharp action or players who 'follow steam' typically close an account and immediately pay out ALL funds in the account. Basically, the top sportsbooks are admitting that they can't beat the player. "Here is your money, don't play here anymore."

The recreational rule basically gives a sportsbook the chance to take a free roll at a player. If a player bets and wins too much, just use the rule and refund the deposits. Even if a player gets up several thousand these sportsbooks will continue to free roll the action, knowing that more winning will only end up with the same result. It's to the point where the Recreational Player rule is being used as part of the business model at a handful of sportsbooks.

But what two sportsbooks, AllSports247 and CRSportsBet, have done recently is take the rule to the extreme, carefully researching winning players' action until they find betting patterns that could be deemed as 'sharp' play. But, these players could also be getting lucky. After all, most players do get on a hot streak at some point in their betting careers. 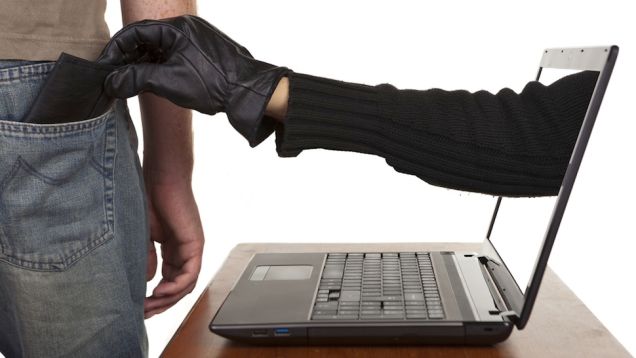 We have seen CRSportsbet confiscate winnings from several 'sharp' players during the NFL season and, though we identified AllSports247 as using the 'recreational player' rule in an article a year ago, they changed their domain to a dot live (.live) extension and did the exact same thing to player recently.

We do not get complaints on either of these places from $25 bettors, so it's safe to assume that players who bet on their home team or college alma mater get paid, but players who have won big money, have run into problems. And it not just these two books. A review of many sportsbooks' rules show that a large handful of the newer shops have the recreational player rule. There are modified versions out there and some of the rules are hidden so deep you need a shovel to find them. We have even seen sportsbooks who do not have a posted rule apply a 'wiseguy' tag to a player before stiffing him.

Strong, educated players who win more than they lose should take this as a warning!

Players are urged to stay only with sportsbooks that we rate Elite. But, at the very least, before sending money, players should read through the rules and regulations on the website of the sportsbook that they are getting ready to deposit with. If something in those rules looks like it may apply to you, Do Not Deposit. Once the books post a rule on thier website, regardless of how archaic and backwards it may be, there is very little anyone can do to recover funds, once they are confiscated.