It’s guaranteed!! The new partnership betweeen the Vegas Knights and a picks service will go down as the strangest ill-conceived business idea of 2021.

Officially, now everything and everyone seems up for sale in the new legalized frontier of U.S. sports wagering. Incredibly, any NFL, NBA, MLB, or NHL team can offer an "official partnership program" and name their price to join the club.

The latest deal drew eyebrows quickly when the Vegas Golden Knights on Wednesday announced a multiyear strategic partnership with UpickTrade.com, making the Mexican-based company an "Official Sports Pick Service Partner" of the team.

That's right, que pasa . . . you read that correctly. A Mexican tout firm has been appointed as an official sponsor of a professional U.S. sports team. Perhaps it is a "what happens in Vegas" thing, but it is still quite unbelievable for all in the sports wagering industry to digest.

Ok, so who  or what is UpickTrade.com?

Certainly UpickTrade.com is not a well-known name in the United States because their home base is in Mexico. The press release takes pride in that it is the first sports wagering venture between an NHL team and a Mexican company, but still treads way outsides the traditional lines.

They are quickly identified as a betting service reading their website claiming, "Make a Living Off of Sports!" The company explains they originated in December 2017 just like the Vegas Golden Knights and are a "sports picks recommendation service based on statistics and a great money management strategy for each client." 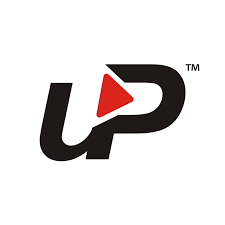 That all sounds good but the only thing missing might be screaming it at you out loudly, along with mentions of an 800 number to call fifty times. Of course, that might occur sometime soon during local commercial breaks for Golden Knights hockey broadcasts.

There are several conflict-of-interest problems with this new partnership arrangement, which is why it has caused so much uproar in the gaming industry and some outside as well.

Most obvious it would seem how could a tout service be fair and objective when they have a relationship with a professional sports team? A service that charges $89 a month to supply informed betting tips for the wagering public to gain an advantage.

According to the picks posted on the UPickTrade.com website from January and February, the service has not offered any predictions on any game involving the Golden Knights. When asked about the potential for releasing or recommending a selection for or against the Knights or have any information regarding a lineup change or injury, the company told ESPN "At this time the organization does not have any additional comment beyond what was included in the press release".

"As an Official Sports Recommendation Pick Service of the Vegas Golden Knights, it is a historic moment in the sports betting market. We are the first sports recommendation pick service to partner with a major professional sports franchise. The Vegas Golden Knights are a dynamic sports franchise that has been successful since their inaugural season in 2017. Our company, upicktrade.com also began in 2017 and has now grown to over 6,000 subscribers to our sports recommendations service worldwide!"

After posting it for the initial 24 hours, the company’s website does contain mentions of the deal between themselves and the Golden Knights on the inner pages, but lacks the NHL's presence on their home page.

Keith Whyte, executive director of the National Council on Problem Gambling, said via Twitter that the UpickTrade website also does not contain any mention prominently displayed regarding responsible gambling information.

Keeping any judgement clear and objective about sports betting information and tout services, this is a bizarre and strange professional alliance that seems strictly one-sided. In hockey-terms, the UpickTrade team would have a "two-man advantage" here as they head back out onto the ice.

While many pro teams are coming under fire for promoting gambling and retired pro athletes are being criticized for becoming sportsbook operator ambassadors, why try this? It further incites suspicion from the media upon games being potentially fixed and from the public that they must pay to get the right info to bet on games.

More so, every other long-standing sports wagering tout firm must be calling every NFL, NBA, NHL, and MLB team today to see if they want to get married on Monday.

Well, maybe that’s why they keep all those wedding chapels open 24 hours a day in Vegas?