Sports Betting in America: Is Betting on the Home Team Different for College Sports?

A look at betting on home teams and the restrictive rules most states have for wagering on in-state NCAA sports that are being lifted in Nebraska.

You can root, root, root for the home team, but when they don't COVER it's a shame

The home team is worth at least three to six points. They're a different team at home. They get extra juiced at home playing in front of their fans. They are a great home underdog.

All time-honored betting clichés that may be either worn-out or at least worth reconsidering in the COVID-19 era. Not to be completely cynical, but without examining the facts and evidence, do we really want to believe sports bettor's love and loyalty for the home team has that much a factor on the outcome of the game? Or more to their interest, the wagering outcome of the game.

I raise this subject because as more U.S. states license and regulate sports wagering, a definite item on the agenda is whether to ban local college football and basketball betting as part of the potential wagering menu.

The fear is believing a potential collegiate scandal involving any game-fixing or point-shaving would be devastating to a new state legislating sports betting. Not that it could be orchestrated by an out of state source, but the headlines tied to wagering within the geolocation boundaries of the state would certainly knock a vital new business out of commission.

For example, say a college football crazy state like Georgia or a basketball nuts state like North Carolina endured a suspected point-shaving investigation involving a college player or student. The resulting damage would be irreparable. In other words, the risk would not be worth the gain.

Therefore, most states have decided to ban local in-state universities off the betting board, forcing combination sports fans/sports bettors to seek either other states or offshore sportsbooks to place their wagers on their favorite hometown teams.

The decision has come at both a handle and potential profit loss for each state that has made the regretful choice. There are now 13 U.S. states, plus Washington D.C. that DO NOT allow wagering on in-state college teams, including New Jersey, New York, Illinois, and Virginia.

Big Surprise in the Cornhusker State

It is interesting that last week Nebraska legislators chose to reverse their decision to allow wagering on their beloved Cornhuskers and any other college team within their border. Sen. Patty Pansing Brooks had earlier argued her in-state betting prohibition amendment would better protect Nebraska student-athletes, who she said were under enough pressure.

"I believe that betting on Nebraska college games in-state is harmful to our kids and harmful to the integrity, passion and fun of our college sports," noted Pansing Brooks in defending her stance to ban in-state college wagering. 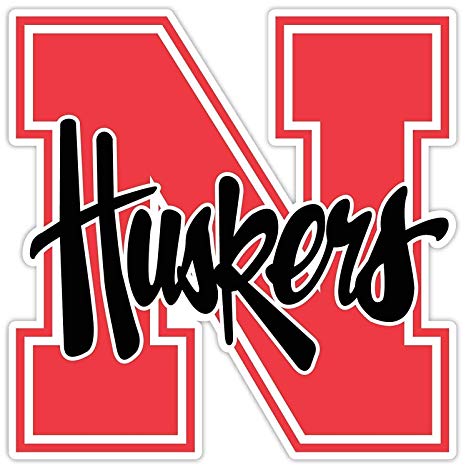 Opponents of in-state restrictions argued last week that self-imposed prohibitions did not limit existing gambling on college sporting events and motivated bets to be channeled toward illegal opportunities.

"This has been happening ever since Cornhusker sports started in the 1800’s. We might as well be getting the revenue and the proceeds that come from it, so it’' not at some casino across the river in Iowa or some casino company in Las Vegas."

A series of votes on several amendments will set up a final Yes or No approval as part of a sweeping casino bill in the conservative state in the coming weeks.

The thinking here is rather muddled, especially from the perspective of the sportsbook operator.

Naturally, hometown fans traditionally want to enhance their interest on their favorite hometown team by adding a bet, increasing their excitement. Sportsbook operators understand this theory very well and often pad the betting line to accommodate for "square money" or bets that normally would not appear without prejudice of hometown rooting fans.

Although home teams do cover, it is proven more to the long-term advantage of the sportsbook operator to accommodate action slanted toward the home team and money involving 'homers' who simply will bet on their team no matter what line may be offered. That includes college sports wagering, the center of many states' legislative decision.

Like the deadly disease, sports bettors were warned one month into last season about the long-held myth of the home field advantage for college football and certainly the sports betting myth that coincided along with it.

Four weeks into the season, home teams outright won only 59.5% of their games (47-32). That trend continued through the end of December with home teams finishing up at 60.5% straight-up. For the record, the worst season recorded was 1967, when 55.9% of college football home teams were outright winners.

On the against the spread side, numbers were equally bleak for the home team last season. After those first four weeks, ATS numbers for home teams were 49.4%. Any bettor expecting them to improve was sadly disappointed as they got slightly worse and finished up at 48.1%.

Many theories have contributed to making the differences ruining any potential edge for home teams since the Coronavirus entered the picture. They included no tailgating, silenced marching bands, and obviously diminished, masked crowds.

Leave Your Heart Out of Your Wallet

Lessons learned is that is Ok to root, root, root for your home team, but not always to bet, bet, bet upon them. Only in certain game scenarios is it prudent to match your home team loyalty with your dollars invested. With hundreds of alternative games to wager upon and thousands of other in-game opportunities offered by the top sportsbooks, it would be wise to be selective.

Nebraska made their legislative decision not to potentially "protect student-athletes".  They confidently know everyone in the state will be betting on the Huskers no matter what line sportsbooks there throw on the big board.

And for the record, Big Red football was 3-5 ATS last season. And for the many squares and casual bettors who love to bet Over the Total, Nebraska was 1-8 last season. That was likely a lot of green sportsbook operators in the state couldn't make.