Defense, as they say, wins championships and Fairway Jay gives the nod to four teams who should dominate defensively in 2018.

The 2018 NFL season is set to kickoff, and we’re reminded again that defense not only wins many games, but produces point spread profit and championships. Last season the Eagles, Vikings and Jaguars finished with three of the top-4 scoring defenses, and all three made it to the conference championship games and Philadelphia won the Super Bowl. All three teams produced point spread profit, and none of the three teams had winning records the previous season; proving again the contrary nature and tough-to-predict ways that can bury many NFL bettors at the sportsbooks.

Last season the Vikings and Broncos had the best yards-per-game defense in the NFL, each allowing 290 yards per game. Minnesota and Jacksonville produced the top-2 yards-per-play defenses, each allowing 4.8 yards per play (YPPL). Denver, Arizona and Seattle were next, and each allowed 4.9 YPPL. We’ll stick with two of those teams to be among the best again this season. 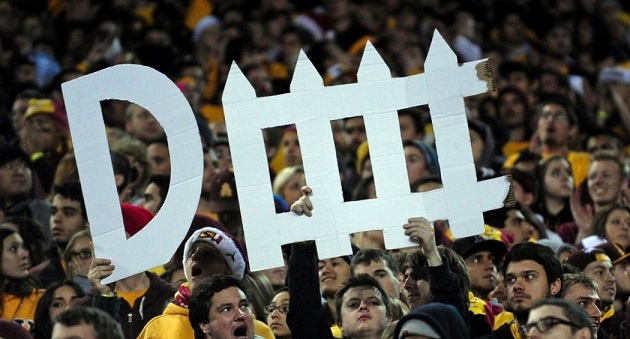 We see the Vikings and Jaguars producing top defenses again in 2018. The Vikings have ranked top-6 in fewest points allowed in three consecutive seasons and improved their opponent yards-per-play from a top-10 unit each of the past three seasons. The talented players across the defensive line, linebackers and smothering and playmaking secondary led by Harrison Smith and a number of high draft picks makes Minnesota an elite defense. Combined with the draft, acquisitions and coaching led by defensive guru and head coach Mike Zimmer, and we project another strong season by the Vikings defense.

The Jaguars have also improved their yards-per-play defense each of the past three seasons and have been top-5 each of the past two years. They spent plenty of money in free agency in recent seasons, and it paid off to produce an elite level defense. But they lose two key defenders from last season, as linebacker Paul Posluszny retired, and top slot corner Aaron Colvin signed with Houston. Jacksonville will also have to face QB Andrew Luck twice after he missed all of last season for the Colts, and QB DeShaun Watson, who was superb as a Houston Texans rookie before his season-ending injury during a practice in early November. Still, with the Jaguars strength along the line and last year’s No. 1 pass defense in yards-per-game, yards-per-pass and completion percentage, Jacksonville should again be one of the top defenses in 2018.

The Eagles were expected to fade following the ACL injury to quarterback Carson Wentz last December. After beating the towel-tossing NY Giants the following week, the Eagles offense struggled the final two regular season games and in their opening playoff win over the Falcons. Philadelphia scored 19, 0 and 15 points in those three contests, but it was the defense that was the difference and the reason the Eagles were able to fly to the Super Bowl. The Eagles pass defense was its weakness last season with much youth, but this year there is more depth and they play behind a dominant defensive front that was No. 1 against the run last season. The front seven returns intact and has several players that can create high pressure on the quarterback and collapse the pocket. The Eagles are going to be a target as the defending Super Bowl champions, but Philadelphia’s defense likely stands guard as its beacon of strength in 2018.

Los Angeles is the fourth team on our list, and the Rams are primed for major defensive improvement following last season’s surprise turnaround and NFC West division title. The changing of the guard is taking place after Seattle and its Legion of Boom defense dominated the division and NFC for so many seasons. The Rams finished middle of the pack last season in yard-per-game defense (338), and were in the bottom quartile in run defense. Veteran defensive coordinator Wade Phillips adjusted to his new team and personnel along with new head coach Sean McVay, who at age 31 became the youngest coach in modern NFL history. Now the Rams coaches have more talent and depth to get LA into the top-tier of defensive units. The Rams acquired a pair of AFC West cornerbacks and both Marcus Peters and Aqib Talib should add swagger and strength to the secondary. Ndamukong Suh is a beast at nose tackle, and now plays alongside the highest paid defensive lineman Aaron Donald, who is the reigning NFC Defensive Player of the Year. The stars should push the Rams defense to new levels with the front and back ends of its defense covered with playmakers. The linebacker core remains in flux and will need to improve so the defense can become a more formidable foe in stopping the run. The Rams are on the rise, and believe its defense will be stronger and more consistent as it pushes the pocket on its way to one of the stronger units in 2018.