The phenomena of Trump Wagering continues as a multitude of props for his first 100 days in office are posted at online sportsbooks around the globe.

This Saturday, April 29th, Donald Trump will mark his 100th day in office as President of the United States. OK, we might ask why is this short period significant due to the fact through election our U.S. President has seemingly signed up for at least four years. Trump himself has been carefully downplaying the importance of this milestone, typically used to evaluate a president's initial performance.

As bettors, we can join the evaluation as major offshore sportsbook Bovada has added many proposition wagers to accommodate the phenomena of "Trump Wagering". For example, will our President be more reserved than usual on Twitter? Or will he unleash an epic "tweetstorm? Currently, the over/under for April 29 tweets sent from @RealDonaldTrump is pegged at 6.5, with OVER the significant favorite at –150.

Options are available judging Trump's always changing popularity rating. You can bet on what Trump's approval rating will be on April 29th – specifically, how his numbers will look on the Gallup Daily Job Approval Poll at 2:00 PM EST. It's interesting to note the Total is a historically low for a U.S. President at 38.5% for a Day 100. Equivalent to a Monday Night Football game Total at 31.5. Although the OVER here is favored at –200. 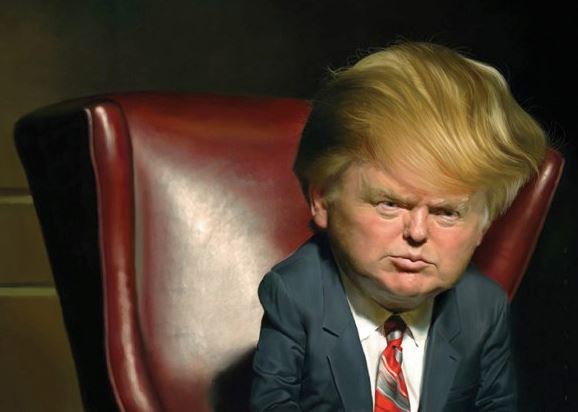 Good news for The Donald, I suppose. Trump's low mark thus far was on March 28, when he came in at 35%; the closest Trump's been to breaking even was two days into his term at 46%. Gallup pundits had Trump estimated at 40% approval as of last Tuesday afternoon. If indeed you bet the Over, here's hoping he doesn't do anything controversial to ruin your sharp wager by Saturday.

Speaking of those first 100 days vs. the traditional four year run, one of the most popular Trump Wagers is on how long he will last in office. But instead of simply betting on whether he'll complete his first term, Bovada now offers a choice of four possible exit dates:

This wager is really interesting and fascinating, if you break it down into perspective. It is almost EVEN MONEY as the worst odds that Donald Trump will finish his first term of office as President. And not a long-shot by any means at +350 or 7-2 that he finishes 2017 with only eight months to go. That offers up an analysis of potentially dozens of reasons why but makes one fact undeniable and very, very clear.

I have not seen odds at Bovada as yet offering Trump's named chances to win re-election in 2020. In fact, backlash against his incumbency have bumped the Democratic Party up to –155 for the 2020 US Presidential election. I realize it's quite early but that might be the best all-time future ever presented on the board. Should his popularity rating decline, look for those Democratic odds to reach the -250 level and beyond in the near future. Therefore, I highly recommend wagering every dollar possible Bovada will allow on this prop at this juncture.

Bet on politics at Bovada and get a free 50% bonus.

Mr. President on the Clock

Don't think for one second President Donald J. Trump is not aware of his popularity in worldwide offshore wagering. Although he won't discuss it, we can rest assure he is personally beaming with pride. To observe Trump Wagering as the fastest growing betting category and someday soon may surpass NHL hockey is something he'd no doubt like to include in a resume of accomplishments during a first 100 days of achievement.

The question is of its lasting effect. Unlike the traditional U.S. sports it looks to have at best a four year lifespan. Perhaps the optimum strategy is to "enjoy it" while we can if those are the correct words to use. As he loves to gamble, no doubt the one person who wishes he could get in on the Trump Wagering action is The Donald himself. Here's praying he doesn't consider that instead of sticking to multi- tweeting at 3:00 AM.