Lights, Camera, Action - Betting on the Oscars is Bigger than Ever

Huge favorites are on the betting menu for the 2016 Academy Awards.

OK, it may not be Super Bowl Sunday but we know you're starved for prop action. And the best news is there's no back door covers or red flag challenges here. Yup, it's Academy Awards night this Sunday evening and what used to be just an alternative to another boring NBA card has turned into a major wagering event for many.

We'll thank our friends in the offshore world for this one. While the Vegas books teased us with a few concept ideas, the major offshore sportsbooks have gone "full tilt" into a menu of several Oscar awards. And just maybe the Academy itself has helped enable the action by offering more choices than ever. For example, Best Picture used to strictly be reserved for 5 special films but has ballooned to up to 10 movies in the past few years. Blame that on greedy promotion opportunities. Or perhaps the motion picture business taking a cue from the sports leagues by adding their version of "extra playoff rounds and qualifying teams".

Whatever the reason, many bettors have jumped on board as an opportunity to score some cash on a traditional slow night. NCAA Tournament March Madness is still almost three weeks away along with a month before regular baseball season officially begins. Besides, I fully endorse handicapping & betting on "Best Actress" over an Astros-Pirates Grapefruit game from Bradenton, FL.

The largest and most trusted sportsbooks have a full menu of choices this year offering most of the award categories. Bovada, BetOnline, Heritage and select others offer the same shop-around choices to compare. The following is a preview and a recommendation list of a few choices from key categories. The odds are courtesy of Bovada, who traditionally feature the most comprehensive list of award betting.

This one is a "free square" and the only time I'll guarantee a wagering lock. But there is a major catch. First off, most top online sportsbooks do not allow parlays for these type of wagers and generally a maximum of $500 straight bets. Check your sportsbook for all rules and again, always recommended to shop around from a list of preferred sportsbooks for best value.

Here there is no value. Simply $500 gets you as close to a guaranteed 10 bucks as you'll ever find. What's Eating Gilbert Grape, The Aviator, Blood Diamond, The Wolf of Wall Street. Cases could be made for Leonardo DiCaprio winning this Best Actor category in previous years but like many actors he earns this for a body of work, not just for one film. Not that he wasn't great in The Revenant. Unless he gets mauled by a bear on the red carpet, the only challenge for Leonardo is remembering his acceptance speech at -5000 odds. 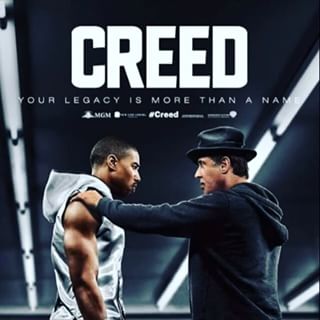 Yo Pauly, fuggetaboutit. Mark Rylance got a BAFTA award (British Academy Awards) but Sylverster Stallone wasn't on the nominations menu. On Oscar night, the other guys unfortunately aren't in the mix and Rylance is playing underdog to Stallone, a major Hollywood heavyweight who received his only other nominations almost 40 years ago for Rocky. Place this Oscar at -300 on the top of The Philly Art Museum steps next to the other statue. Where I hear they got some nice pictures in there too.

Maybe some reasonable value in this category. Alicia Vikander could have been nominated for either her role in The Danish Girl or Ex Machina. A film that movie critic Glenn Greene thought deserved a Best Picture nomination. But it was her role as the wife of Redmayne's transgender artist that won her the wealth of the attention — and likely an Oscar here. Mara is the only other contender with a chance as the young lover of Cate Blanchett's well-to-do older woman in 1950s-set Carol.

This is the big one, the bottom of the 9th, the last 2 minutes of the game and the reason you stay up late this Sunday night. Even better, there is some drama and uncertainty who will win as it boils down to mainly two contenders.

Director Alejandro Gonazalez Iñárritu's harrowing wilderness story The Revenant is a film that's just not made much anymore and although polarizing in its subject matter and violence, it's an amazing experience no matter what kind of films you enjoy. That said, Spotlight is the very definition of an Oscar-type best picture, with an astounding cast, incredible acting and a great true story about the human spirit conquering a swept under the rug social evil. Though The Revenant is an intimidating favorite and likely winner at -225 odds, a bettor might want to take a chance here with Spotlight to pull the minor upset at +225.

As an overall wagering strategy, DO NOT waste any dollars on playing Academy Award longshots whatsoever. In fact, I would discourage anyone from wagering against each category favorite or perhaps the second choice. This is not a sporting competition. It is a voting competition and the awards have usually been decided through hearsay and publicity a while ago. If you want a longshot chance to brag baby, wait for a potential 14th seed to spring the upset straight-up Round One in March.