A look at where to follow along and get the most current news surrounding the Kentucky Derby, including live streaming and Twitter feeds for the 143rd renewal of The Greatest Two Minutes in Sports.

The Kentucky Derby is less than two weeks away, and the horses are taking to the track for their final workouts in preparation for the Run for the Roses and the 'Most Exiting Two Minutes in Sports.' In the days leading up to the Derby, there will be plenty of media coverage on the horses, trainers, jockeys and festivities surrounding Kentucky Derby.

Follow along and you get the most current news surrounding the Kentucky Derby through some of the Twitter feeds below. Instant access to key information, stats and coverage of the Derby including articles and stats related to America's Greatest Race and longest running sports event. Be ahead of the game and know the best sports books offer wagering on the Kentucky Derby. 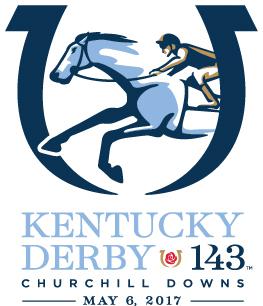 Updates on the Derby horses, including the owner's silks and colors each jockey will be wearing.

@KentuckyDerbyCJ – Derby News from the Courier-Journal and the action at Churchill Downs.
@DerbyContenders – Derby contenders from their 2-year-old seasons to the first Saturday in May.
@ABRLive – America's Best Racing coverage of the Derby and horse racing.

The live stream presented by TwinSpires.com will be available at multiple sources including on Twitter via @KentuckyDerby and kentuckyderby.twitter.com; on Facebook at facebook.com/kentuckyderby; and kentuckyderby.com/workouts/live. The Twitter stream, available globally to logged-in and logged-out users, also will feature a timeline of Kentucky Derby-related tweets alongside the live video itself.

Television coverage of the Kentucky Derby is provided by NBC Sports. Tom Hammond will step aside as the Kentucky Derby commentator and longtime voice of horse racing for NBC. However, Hammond will host a 30-minute "My Kentucky Home" special on NBCSN on Wednesday, May 3 at 12:30 a.m. that will provide some insight into how Kentucky came to be the home of Thoroughbred racing.