It's Back!! How to Survive the 'Off Week' before the Super Bowl

From all-star hockey to all-star horses. From Grammys to bullseyes. More than enough wagering action this weekend before another routine Patriots appearance next Sunday.

More than enough wagering action this weekend before the Big Game

Admit it. We're all creatures of habit and there are no bigger creatures of habit than the person that likes to bet on sports. By far the most chronic and habitual creature of all is a species that loves to wager on football. Therefore, why must the NFL torture us and make us suffer two agonizing Sundays until the Super Bowl.?

Wait a minute, wait a minute. Who said NFL football isn't happening THIS Sunday? I completely forgot about the annual NFC-AFC Pro Bowl in Orlando, FL. But however gently I could put it, wagering on the NFL's greatest opportunity to promote themselves without genuine competition is sad and useless. More handicapping skill could be applied to the coin toss at next week's Super Bowl. And by the way, most preferred offshore sportsbooks will offer you the bargain price of -105 for either heads or tails on that intriguing and popular prop.

As better options than wasting your hard-earned dough betting the NFL Pro Bowl, I highly suggest these enticing alternatives to wager upon this weekend: 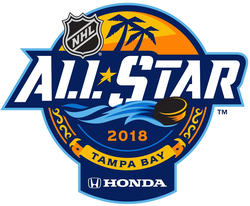 At least this game has all potential league players involved. Not only will no New England Patriots and Philadelphia Eagles show up, but somehow many NFL players get mysterious backaches and muscle pulls right after the regular season, schedule surgeries, etc. It used to be a paid family vacation to Hawaii. Except they don't get that anymore. With a free trip to Orlando in Camping World Stadium to entice them, it has softened up the rosters further.

This year's NHL All-Star Game is scheduled for Sunday at 3:30 PM ET in nearby Tampa, FL. Keep in mind the Pro Bowl is kicking off in Orlando, only about 75 miles away at 3:00 PM. I suppose if some fan gets really bored at halftime they could speed 80 mph down I-4 in Florida and still make the third period of the NHL All-Star Game live. That would make for quite a story. Better suggestion to just click your remote for a very minimal bet on either or both.

Much more fun might be to check out the props for the skill competition on Saturday night. Plus, the NHL is holding an all-mascot hockey game on Sunday. Doubtfully there is available wagering for that. Regardless, I would like to see Harvey the Hound crosscheck Sabretooth or Stanley C. Panther drop the gloves with Wild Wing.

Let's get serious now as the big one is scheduled for Saturday. That's the PDC Masters Darts Tournament, held annually from Milton Keynes, England. Wagering is indeed available at Bovada, BetOnline and other top online wagering sportsbooks.

Of course, Michael Van Gerwen is a huge favorite to win at Bovada at -140. This chap dominates this century old sport more than Brady. Can't recommend tossing any money against him. If you must, Rob Cross is targeted at +400 with Gary Anderson at +600. If I can find an ESPN channel broadcasting, it beats evaluating another North Carolina college basketball game.

No doubt you have dozens of NCAA college basketball games and plenty of NBA games to wager upon this weekend. But remember you'll only have that dominating for two long months after the Super Bowl. This weekend is devoted to trying different things on the menu. 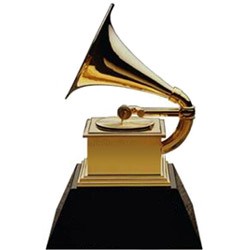 Which brings us to music, for example. The 60th Grammy Awards are scheduled for Sunday evening.

Unlike the upcoming Academy Awards in March, at least there is some competitive wagering here and a chance to make some money with a reasonable upset. But as a strategy, I wouldn't stray too far off the first or second choice offered in each of four to five betting lines offered. As an example, here is the wagering for Album of the Year at BetOnline:

No handicapping advice here beyond a pick between popular fan favorites Kendrick Lamar and Bruno Mars.

Did you know the world's richest horse race is scheduled for late on Saturday afternoon? A record $16M is on the line at Gulfstream Park in Hallandale, Florida where the top five finishers from the Breeders Cup Classic in November will face off again among a ten-horse field. Favorite Gun Runner is currently at the top of his game with regular rider Florent Geroux. GR will be soaring after likely being named Horse of the Year at the Eclipse Awards banquet, held at Gulfstream on Thursday night.

No doubt he'll be tough but at probable post time odds of 4-5, no value bargain. 2017 Horse of the Year Arrogate won the inaugural running last year and perhaps a better price might be looming this time. Keep an eye on Sharp Azteca with super-hot jockey Irad Ortiz Jr. as a possible spoiler.

Though it isn't the Super Bowl, minimum cost to attend at Gulfstream Park is $100 but you can bet the whole card along with other popular racetracks at all preferred offshore sportsbook locations.

Overall, why complain that we must wait two agonizing weeks to evaluate betting spreads and 500 props for the Super Bowl. With two all-star games to consider, the richest horse race in the world, the Grammy Awards and the planet's most important dart throwing tournament to wager upon, there is more than plenty to keep us satisfied.