Is a Bad Beat the New Accepted Gambling Phrase for Sh-t Happens?

For every Bad Beat there is someone who cashes the other side. Glenn examines our obsession with last minute plays that make losing bets out of sure winners.

Nobody highlights or brags about their dumb lucky wins.

Give credit to ESPN Sports Center host Scott Van Pelt for continuing to play upon his popular segment on Monday night featuring the 'Bad Beat'. Along with co-host for the bit Stanford Steve, Van Pelt glamorizes the most agonizing last-second conclusions that decide point spread wagers in both the NFL and NCAA College Football. Sometimes the bad beats involve the NBA and NCAA College Basketball as well.

As the Supreme Court legalized sports wagering in the U.S. last May, it served a mortal boost for the saying,  along with continuing coverage of the point spread, the total for games and wagering information in general for all sports. But psychologically, the 'bad beat' probably serves as a sympathetic gift for all bettors potentially affected by losing on specific games. A Tylenol reminder that we all feel your pain. How can someone be so unlucky being affected by one damn play after being zoned in successfully for 99.99% of an entire game.

Admittedly, this is a great idea. Kind of like watching a goofy guy get all dressed up for his date with Cinderella. Everything goes perfectly right for the entire evening. He’s just about to close the deal back to his place. Then, bam…. here comes Prince Charming to sweep her off her feet and take her away in ten seconds.  You can’t help but feel sorry for the dude and relate. As sports bettors, we’ve all been there.

Many, including myself, recall Thanksgiving 1998, when the Pittsburgh Steelers traveled to Detroit to take on the Lions (-2.5) in their annual NFL holiday game.

Securing a large wager on the Steelers +2.5, I felt optimistic ahead 16-9 until the Lions scored on a late interception to tie the game 16-16 and force the game into overtime. Though upset, I felt some confident hope of a win and cover in the OT period. 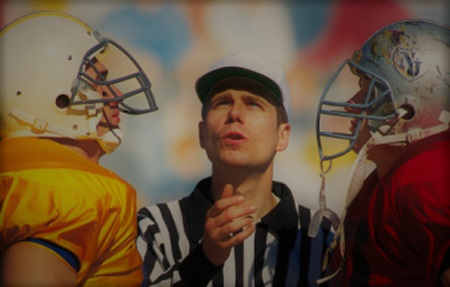 I was then confused when Steelers HOF running back Jerome Bettis was screaming during the overtime coin toss.  Evidently the referee claimed Bettis called heads instead of tails, thereby giving the ball to the Lions first.  Keep in mind this was before the NFL overtime rule change, when whoever scored first won the game, and the coin flip was critical to potential success.

Of course, the Lions marched down the field winning 19-16 to cover and destroy my Thanksgiving. Replays showed referee Phil Luckett required a hearing aid, as Bettis did indeed call tails, and was subsequently demoted by the NFL. It also changed the NFL rule to a player calling the toss in overtime BEFORE the toss of the coin, not during.  I believe this also was the origin of the 'Bad Beat', but more likely belonged to that timeless reality category of just bad luck.

The Miami Miracle or another Bad Beat?

Perhaps the most recent bad beat was highlighted last Sunday in what will be forever known as "The Miami Miracle".  This was yet another wagering story buried within the Miami Dolphins incredible last second lateral play that sunk the New England Patriots 34-33.

Depending on timing and which sportsbook you wagered within the list of preferred sportsbooks, the Patriots were either a -8.5 to -9 favorite over the Dolphins. Late action seemed to push more funding toward the Pats at -8.5.

Leading 30-28, the Patriots were swiftly progressing into the red zone with seconds left in the game and a first and goal.  It seemed they were poised for a clinching and more important to NE bettors, covering TD assuming the extra point. Instead they settled for a field goal with 21 seconds on the clock to seeming seal the game 33-28 with :21 left.

With no timeouts the Dolphins pulled off their final pass play lateral return miracle for a touchdown. Patriots bettors had already been angry of not covering their point spread wager. All (including possibly coach Bill Belichick) must have been left with their mouths open, that they weren’t going to win the game itself and outright money line wager either.

Does this qualify as a bad beat? If it makes you feel better, yes. Officially, it won’t buy any appeal to recapture funding for a Patriots bet. The better lesson is to remember shit happens. Forget about the damage and start studying for your next upcoming wager.

As we forge ahead during our first year of full legalized sports wagering in the U.S. we’ve noticed a dramatic trend - including sports wagering advice, talk and review throughout many broadcasts on Fox, ESPN, etc. Look for that not only to continue but to echo the success and popularity of ESPN’s 'Bad Beat' feature on other programs. In fact, gambling talk has become permissible in every segment, except within the game itself, especially involving the very prudent NFL. 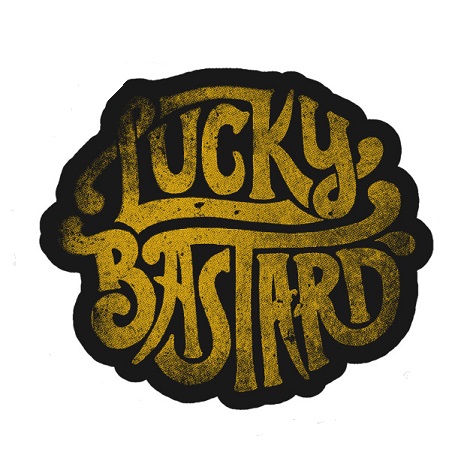 Unfortunately, the bad beat suggests something negative or reminding us how gut-wrenching wagering on sports often can be. Why not offer something positive to show how lucky a sports bettor could get after staring down a complete loss or hopelessness in the face for almost an entire game?

For that, I offer "Lucky Bastard".  A new televised segment that shows no matter how awful and unforgettable many point spread and over/under defeats may be there are indeed a few times we bettors do get lucky. We just don’t remember it or brag about it to friends.

Therefore, please passionately recall during that memorable Monday Night Football game when you hit that back-door cover on the Seahawks. Or got the Spurs point guard to dribble it out to save your Under for a key Total on a monster parlay. You are a Lucky Bastard. Not the undeserved victim of another Bad Beat.