It seems like MLB has warmed up to wagering. Just not in early March.

As they say, it happens every spring.  The flowers bloom, the trees grow leaves and the boys of summer break out the bats and balls. Spring training is upon us but with a new twist in Florida and Arizona. The opportunity to bet on spring training baseball, legally, in a few states in America.

Surprisingly, that makes Major League Baseball comfortable after taking a relative even position on a controversial subject among the leagues over the past years. What makes them nervous is taking a strong stance against wagering on preseason Major League baseball after being silent in the dugout. They recently sent a letter to Gaming Control Boards in Nevada, Pennsylvania and New Jersey requesting that baseball wagering during spring training be discontinued.

Why the sudden problem?

We haven’t seen a truly measurable baseball wagering scandal since the Black Sox in 1919, going back 100 seasons. So, what would lead MLB commissioner Rob Manfred to worry about any potential shenanigans occurring in almost unnoticeable and forgettable spring training baseball games. Perhaps it’s just that. That these games are hardly noticeable and so forgettable.

The Purpose of Spring Training Baseball

First, let’s admit the most important objective of preseason baseball is to NOT win the game. 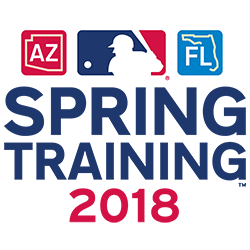 Although that sounds "un-American" and no baseball manager will admit that under oath, it is true. In fact, winning 90% of a team’s games in March might seem like a superstitious curse to the regular season. Spring training is what the name implies . . . to train. Work out the kinks, experiment with swings, pitching options and rotations, decide upon different strategies as they develop during game situations, etc.  Winning is nice, but it doesn’t mean jack toward anyone’s job or potential success in the future.

Unlike preseason football, injuries are very unlikely, and players do not face anywhere near the same risk.  Like quarterbacks, pitchers are coddled and measured pitch-by-pitch for season endurance.  Also, the line-up is almost in place from Day One with most jobs cemented and only a few roster questions left upon minor league placing strategy. Yes, NFL preseason football features unpredictable starters & replacements, but doesn’t have "A and B squad games" plus inning-by-inning changes with no focus whatsoever on the score.

MLB tried to explain its odd stance in a statement that showed a failure to comprehend the protections built into legalized sports betting markets. The statement included this line: "These games are not conducive to betting and carry heightened integrity risks, and states should not permit bookmakers to offer bets on them."

Reading between the lines and translated that means that there is very little competitive action going on between teams, therefore we are worried that someone with very little risk could become greedy during a very unnoticeable time. Say, an obscure pitcher certain to head back to the minor leagues in April. Or maybe a manager creating innocuous changes where it would be highly suspicious in a regular season setting.

In all, it’s kind of bizarre and embarrassing for baseball to formally suggest such a request. For such a professional organization, perhaps they should have done some homework, networking and research before paranoia set in.

Nevada sportsbooks have long offered lower wagering limits on spring training baseball - $1,000 per side is the current William Hill guideline, therefore the possibility of any fix is pure fantasy. Those threshold limits have been joined by books in Pennsylvania and New Jersey as well, with any new legalized U.S. state sure to accept the custom. Plus, the amount of action they are taking on these games is minimal at best, so any type of suspicious betting action would stand out.

Several years before any new U.S. legalized sports wagering statute, all offshore sportsbooks have been equally reticent to offer unlimited betting on preseason games in any sport. Or certainly limit near what might be accepted in the regular MLB season. Incredibly, any acceptance of this Spring training request by Major League Baseball would only help increase wagering for offshore sportsbooks.

Bottom line, we now have a game with the lowest level players making a million dollars a year, managers and coaches making six to seven-figure salaries, along with highly-paid umpires. Why would anyone risk their livelihood for a $500-$1000 bet here or there?  Besides, industry surveillance companies like Sportradar and BetGenius have a detection needle focused on every pitch and swing, along with every wager movement throughout the world. It is no wonder that all Nevada-based sportsbooks laughed at the recent request and posted lines the next day.

If Commissioner Manfred might have suggested anything about baseball spring training wagering it should have been, "Just Don’t Do It".  Betting spring training is bad for your wagering health. It makes about as much sense as flipping coins or guessing which fly will jump off the bar first. Please wait until the true MLB baseball season begins on March 28th.

And hey, it even officially starts sooner than that as the Seattle Mariners will be hosting the Oakland Athletics in Tokyo for a two-game set on March 20th and 21st. That’s only about two weeks away!! You can then wager with full confidence and without "fear of heightened integrity risks".  All you will have to do then is figure out which side to bet and how much.