Halfway through the NFL season, which head coach is the first to get fired?

Glenn creates and examines the odds for which NFL coach will be the first to get fired.

Now that we're all done donning costumes, cutting up pumpkins and handing out candy, another annual festival begins. Beginning to plan warm, wonderful holiday meals with families and friends. Too bad it isn't that joyous for NFL head coaches dealing with 2-5 marks or even 3-4 records. Rosters filled with lack of confidence and good quarterbacks. For one of them will likely be unemployed the week after Thanksgiving. The only mystery is who will be the first one to go and why.

We look for the preferred list of offshore sportsbooks to post this interesting proposition right around Thanksgiving time. To help you prepare, here is a list of the most likely firing candidates with HYPOTHETICAL ODDS attached. Take note. After all, the Philadelphia Eagles were 40-1 to win the Super Bowl only a month ago. After an impressive winning streak and an Aaron Rodgers season-ending injury, the Birds today are a future bet of +600 at Bovada and amazingly, a close second choice to the Patriots at +500 at BetOnline. Things can change quickly in the NFL.

Keep in mind we composed this limited list with the likeliest candidates to be fired over a reasonable time, but set the odds based on surmising who will go first. In naming Ron Rivera among the bunch, I suspect someone that might quit instead, therefore technically eliminating him from consideration. Looking at Rivera's face on the sidelines lately managing Cam Newton displays a coach that is simply burned out. Their strange deal letting go of All-Pro WR Kelvin Benjamin this week amplifies the situation. Should there be a specific firing proposition listed at your major offshore sportsbooks, check the eligibility rules involving this possible event.

Analysis of the Favorite Coaches to get Fired 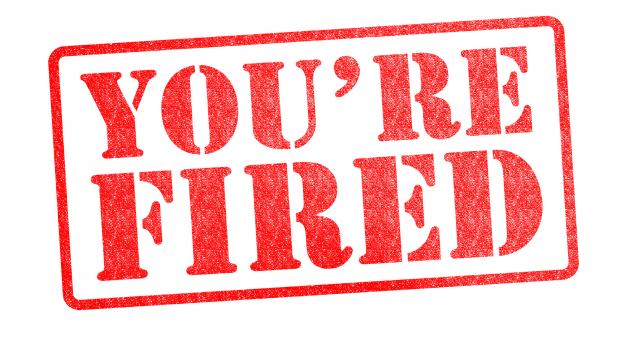 Chuck Pagano. Seems like a nice guy, which is the worst quality pertaining to be a successful NFL head coach. Never heard anyone label Bill Belichick or Nick Saban a nice guy. Not his fault QB Andrew Luck is always injured and Pagano's had serious health issues himself. But that won't excuse him for poor drafting, a suspect defense and no stars on offense besides maybe WR T.Y. Hilton, who they may trade. He does have a decent win percentage in the NFL's weakest division but nothing in the playoffs after five years. It's time to make a move and the Colts' ownership might not wait until the end of the year, bringing in his "interim" replacement.

Marvin Lewis. One of life's great mysteries why Lewis is still head coach of the Bengals and wasn't bounced two years ago. He's been around for 14 years with only a .529-win percentage, plus early playoff exits. And that mark includes two usual given wins over the Browns each season. He could be your strong favorite if Cincinnati goes on a bad streak in November and ownership finally wakes up from their daze. Ironically, the Bengals eked out a 24-23 win over the Colts last week in what may soon be known as The Unemployment Bowl.

Todd Bowles. This could be "the Teflon Coach" as he has managed to survive his position to last on the sidelines thus far. He wasn't supposed to make it into this season with a terrible offense including no #1 starter at quarterback. Ironically, that early three game win streak has bought him some protection followed by a three-game losing streak. I say he lasts the season and then gets the pink slip on January 2nd.

Jim Caldwell. A coach who should put Peyton Manning in his will. He might admit it, but without #18 he doesn't lead the Detroit Lions on the gridiron week to week. The Lions are a heart attack team for bettors, who seem to not only be in every game with two minutes to go, but be on the point spread line as well. To his credit, Caldwell has taken the Lions into the playoffs. Relatively speaking given their horrible history, that is a major accomplishment. I think he's safe but keep in mind the Lions owner is a 92-year-old woman. That annual Thanksgiving game might be crucial.

**Dave Roberts. Los Angeles Dodgers. No, Roberts doesn't count but had to throw him on the list while everybody else is attacking him. And maybe, rightfully so. They don't keep MLB records for this but will hold the mark for most managerial and pitching changes ever during a World Series. The bullet one of course was not naming Clayton Kershaw the Dodgers seventh game starter. When you get paid $31 million a year, you can expect to go ten innings if needed with four to five months to rest. No disrespect to the Astros but Tom Brady would play the entire Super Bowl with his left arm in a sling if necessary.

Oh, and if anyone might wonder why Hue Jackson of the Cleveland Browns at 1-19 lifetime and Kyle Shanahan of the 0-7 San Francisco 49ers jobs are secure? When you are supposed to be terrible and turn out terrible, no one is disappointed. Rule One in life: you get what you pay for. Or play for.