The NFL Week 13 schedule includes six division games and the Buffalo Bills kicked if off Thursday with a 24-10 win over the New England Patriots in an AFC East match-up. I personally bet a rare road favorite and took a piece of the Bills (9-3), who now have a half game lead over the Miami Dolphins in the AFC East. 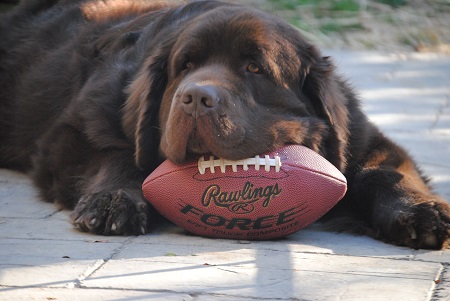 Now a few of the division match-ups on Sunday have playoff implications that few would have imagined at the start of the season. The New York Giants (7-4) and Washington Commanders (7-5) would be be in the NFC playoffs if they started this week. In fact, all four NFC East teams would be in the playoffs with the Philadelphia Eagles (10-1) and Dallas Cowboys (8-3) both having strong seasons as NFC title contenders.

Four of the division road teams are favored, and the Chargers were favored as well into mid-week but the Raiders are now a 1-point favorite at the leading online sportsbooks.

The ugly Monday Night Football game shows how far the NFC South has fallen. The Buccaneers (5-6) lead the division, and the Saints (4-8) are not out of the division race yet.

The Super Bowl champion LA Rams (3-8) have been a major disappointment, and are dealing with significant injuries.

Other big news this week is that dipsh*t Deshaun Watson makes his starting debut for the Cleveland Browns (4-7). Ironically, it's at Houston against the lousy Texans (1-9-1) and the dozens of woman protestors. It the Texans run defense wasn't so horse sh*t, we'd support them as home 'Dog. Houston is still the only side I would support if a bet is of interest. How is Watson going to do after not playing against high-speed game competition in nearly two years? We'll be pulling for the Texans to dog on Deshaun and following the game with live betting a more viable option.

Be sure to monitor the NFL betting lines at the leading online sportsbooks and the Week 13 injury reports.

Despite more home underdogs, we're still going light on our Week 13 picks, and add some teasers.

More leading online sportsbooks are down to Washington -2 or -1.5, but some U.S. Sportsbooks like Caesars and BetMGM are still at -2.5. The Giants are clearly a teaser option as well taking them above +7.

The Commanders (7-5) offense DVOA is still in the bottom quartile of the league both rush (No. 25) and pass (No. 26). A few extra days rest and prep for the Giants off a Thanksgiving Day loss at Dallas should help the G-men (7-5) regroup after losing three of their last four games. Washington is 6-1 since Week 6. We know they are not that good, and the Commanders are averaging -0.036 EPA/dropback since week 6 (26th). Commanders QB Taylor Heinicke will be under more pressure this week as the Giants defense leads the league with a 42.3% blitz rate and they have a strong interior pass rush but are missing two starters in the secondary.

Despite the uncertainty at QB for the Rams (3-8), and both top WR's out including Cooper Kupp, we're going to roll with the Rams and suck it up even if QB Bryce Perkins plays for Los Angeles. Yes, LA has lost five straight games and failed to score more than 20 points in any of them. But Seattle is dealing with illness (bug) throughout their locker room.

The Seahawks (6-5) offensive DVOA numbers are stronger, and they lead the league in offensive points per play. But I like the Rams defense to keep this game close with the Rams rush defense DVOA No. 5 to the Seahawks No. 19. Bettors seem to be looking past the Seahawks dismal defense that just gave up nearly 500 yards and 200 rushing yards in regulation to the Raiders before RB Josh Jacobs broke off an 86 yard TD run in overtime to sink the Seahawks 40-34. Laying 7 on the road? Imagine what this line would have been Week 1, Rams by 7? We adjust to injuries, performance and stats, but this is still too much to ask of Seattle.

Check back by Sunday morning for any additions, updates and information you can bet on.