Free picks and advice for this week's NFL half point parlay card being offered in Delaware at sports betting outlets and racetracks.

Better to be lucky than good. And fortunately the Baltimore Ravens were just no good enough again, providing a Best Bet opportunity last week. We correctly identified the Delaware parlay cards had the Ravens-Seahawks game listed and printer stuck on 44.5 points as an inflated Total. Our report also predicted the number would drift down and indeed did with major online sportsbook Bovada at 42 and most other sportsbooks a 42.5 total at kickoff time.

The biggest gift was seeing QB Jimmy Clausen in the huddle for the Ravens, substituting for Matt Schaub substituting for Joe Flacco. Along with RB Justin Forsett, WR Steve Smith and a half dozen key players injured, the Ravens were crippled. At least QB Schaub couldn't contribute his customary "pick 6" interception toss enabling a Seahawks score. Seattle cruised to an easy 35-6 victory and a smart UNDER the Total win. The Ravens are a respectable AFC team with a great head coach but can only survive so many season-ending injuries and close game finishes. 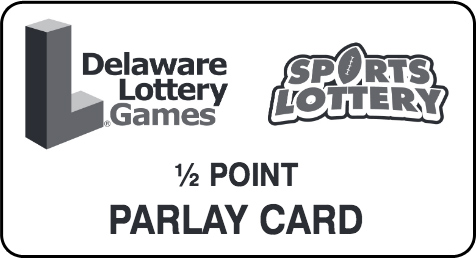 Not so lucky, nor HONEST, in last week's other focus game. Of course, how could any fool mention the word honest and New England Patriot's coach Bill Belichick in the same short sentence?

The Houston Texas seemed like a good value play last Wednesday morning on the Delaware parlay card at +3.5. They had certain incentive tied for first with the 6-6 Colts for the division lead playing a big game at home on NBC Sunday Night Football. While the NFC East is getting slammed as the worst NFL division ever, perhaps we've overlooked how awful the AFC South is.

Maybe we simply overlooked Tom Brady is Tom Brady or how slimy Belichick continues to be since Deflategate has quieted. While announcing star tight end Rob Gronkowski was questionable to doubtful on Tuesday he appeared on the field 100% healthy and ready to score TD's and create mayhem on Sunday night. Result: Brady and Gronk were in complete control, the Patriot's defense was at its best and the game (plus spread) was never in doubt as New England rolled 27-6. Update word quickly got out to bettors as the number indeed was fixed at NE -3.5 to -4 at elite rated sportsbooks Diamond Sports, BetOnline and Heritage Sports.

New wagering lines are initially posted at 11:00 AM EST each Wednesday. The MAJOR BENEFIT TO YOU is knowing these odds are locked on a wagering card up until kickoff time of each NFL game. The negative factor is the slight reduced payoff in odds compared to traditional payoffs for parlays and teasers in Nevada or any top offshore sportsbook.

For example: a 3 team Parlay in Delaware pays 6.5 FOR 1 or 5.5 TO 1. At most offshore sportsbooks the common payoff would likely be 6 TO 1. The major advantage of course is the convenience of potentially collecting in-person with zero associated fee. However, all winning payoffs over $600 must be redeemed at the three Delaware racinos (Delaware Park, Dover Downs or Harrington Raceway).

1. Favorable odds we anticipate in bettor's favor by kick-off relating to the early week time frame these Delaware parlay and teaser cards need to be printed and released.

2. Best value to which teams or Over/Under Total numbers will cover the wager with the extra previous added advantage.

Our first major potential appears on Saturday night, usually reserved for college football but now positioned for NFL football when the New York Jets take on the Dallas Cowboys. The Delaware parlay cards have the Jets fixed on -3.5, part due to their loyal following in the local region. It could stay there by game time but a major half point dip to -3 is expected to land at Bovada, Diamond Sports and other major sportsbooks that traditionally receive a ton of Cowboys action.

The better case for the +3.5 Cowboys is their reputation for playing well in these Saturday night games plus a truly last hurrah desperation effort for playoff survival. Not that the Jets don't have incentive in the AFC Wildcard race as well. But last week the Boys hung in with the Packers at Lambeau Field before falling apart in the last 5 minutes. The good defense is still there but will QB Matt Cassel help score enough points to make this a solid investment? Though the Cowboys are an uninspiring 3-6 against the spread this season as an underdog, the Jets are a more telling 6-11 ATS the last three seasons when the line is between -3 and +3. With +3.5 at AT&T Stadium it is a good value and potential to consider for an out-right Dallas Cowboys money line win.

Making the big headlines this week will be IF the Carolina Panthers can continue their perfect undefeated season and march toward the Super Bowl. What was looked as a sure win #14 over the NY Giants is now being clouded in question by savvy bettors. Delaware has the Panthers listed as -6.5 favorites over the Giants, but early action at major Nevada and online sportsbooks has diminished the line to -5.5 to -6 at 90% of all locations. I don't envision it changing by kick-off time, making the G-Men at +6.5 surely a good proposition in Delaware and possibly also a solid play elsewhere.

The Giants have to feel a bit more confident and relieved after finally holding off an opponent in the last 2 minutes by besting the Dolphins 31-24 on Monday Night Football. Coming back to the Meadowlands tied for first place in the sad NFC East gives them plenty of incentive. The obvious gray area is their horrible pass defense against current MVP favorite Cam Newton, who destroyed the Falcons last week 38-0. Carolina will not want to be losing their edge more than targeting a perfect season. And no doubt the Panthers have more overall football talent.

Without those Eli Manning turnovers this could likely be a very close game and obviously the first Panthers loss. But not a Giants shoot-out similar to their earlier season mess against the Saints. Manning was 27-31 passing completions on Monday night so perhaps a positive trend continues. The Giants have more "reality pressure", playing for a playoff spot than "glory pressure" for the Panthers playing for the record books.