Jay examines the number one seeds for the NCAA tournament using odds, stats and team analysis to determine the strongest teams to back and the weakest of the no. 1 teams to fade as the rounds progress.

Villanova and Virginia Look Best among NCAA Tournament No. 1 Seeds

Selection Sunday provided the expected No. 1 seeds, and Kansas, Villanova, Virginia and Xavier will carry the weight as top teams in this year's NCAA Tournament. While those teams will get much of the support by the millions of fans that fill out brackets and join NCAA Tournament pools, it's the sharp handicappers and bettors that are doing their homework and digging into the stat profiles and match-ups in search of any edge that can help them with more winners and making money.

The sports books have released the lines and adjusted to the betting action as bettors fire in their bets. Those that are prepared with insight and info on the teams and understand some of the keys to NCAA Tournament success will have an edge when betting, and a guide to potential upsets in the brackets and NCAA tournament pools. Hopefully the overview and insight I provide for the top-seeded NCAA Tournament teams will assist you further in your pursuit of profit and pool success. 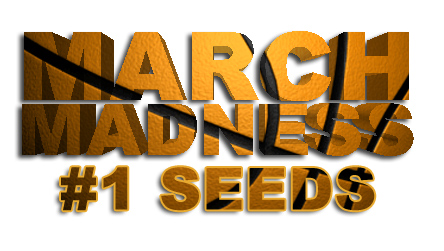 The NCAA Tournament 'officially' begins Thursday, March 15 following the 'First Four' play-in games. And while those First Four teams and other higher-seeded tournament teams are big long shots to win the national title, it's a rewarding accomplishment if any team seeded 8 or higher can advance to the second weekend of tournament play and the Sweet Sixteen. Who can forget 10 years ago when Davidson, a No. 10 seed led by star guard Steph Curry, made a run all the way to the Elite Eight before losing by a basket to Kansas and a trip to the Final Four? I had picked Davidson to the Elite Eight and Final Four in a couple brackets and pools that year, and Curry and the Wildcats had to beat a very strong and also under-seeded Gonzaga team and then the No. 2 bullies from the Big East, Georgetown, early in the tournament that year. They trailed in both games by double digits before prevailing. Then a victory over No. 3 seed Wisconsin took the Wildcats to the Elite Eight with Curry continuing to be a shooting star with remarkable results putting on one of the most memorable NCAA Tournament performances in history. That despite the NCAA Tournament committee corruption doing their usual screw job of a small conference team with Davidson deserving a much-higher seed.

Last year No. 7 seed South Carolina road a run of upsets all the way to the Final Four. And No. 8 Wisconsin upset No. 1 Villanova as a 6-point 'Dog to advance to the Sweet Sixteen. The Wildcats were the highest scoring and most efficient offensive team during the regular season last year, and this season Villanova returns as a No. 1 seed again. As the brackets and NCAA Tournament field were just announced, Villanova will be staring at a Sweet Sixteen showdown with either supremely coached teams West Virginia or Wichita State if they can avoid an early upset.

Our countdown to the NCAA Tournament concludes with the No. 1 seeds Kansas, Villanova, Virginia and Xavier. We started with the projected No. 4 seeds, and then covered the No. 3 seeds followed by the No. 2 seeds. We also provided some thoughts and analysis on a No. 1 vs. No. 16 match-up, with Penn looking to make history vs. No. 1 Kansas.

Our countdown and projected seeds are taken from ESPN and Joe Lunardi's Bracketology for the week of March 5. Those projections were correct for the No. 1 and No. 2 seeds, with only slight changes in the others.

The projected No. 1 seeds that played out as planned are: Kansas, Villanova, Virginia, Xavier 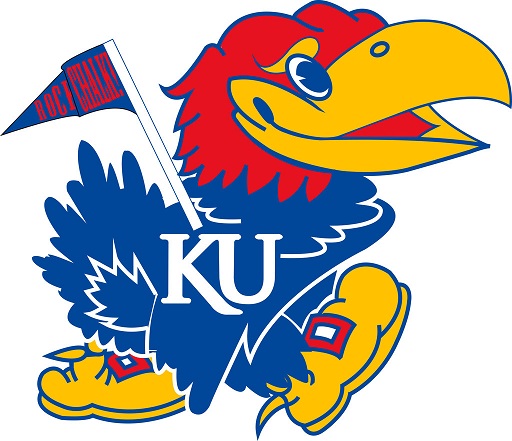 Overview: What we have here in my estimation is an over-valued No. 1 seeded Kansas team that lost 7 times this season. Tons of credit to coach Self and the Jayhawks for winning their record 14th consecutive Big 12 regular season title, and also winning the Big 12 tournament. That grueling run combined with some breaks down the stretch like beating Texas Tech minus a key player by two points, Texas minus multiple players and a 35-2 free throw discrepancy in beating West Virginia by 8 points is noted. So too is the Jayhawks poor rebounding, which had them near the very bottom of the Big 12.

Kansas has a star senior point guard in Devonte' Graham (17 PPG) and another strong senior shooter on the perimeter I Sviatoslav Mykhailiuk (15 PPG). Kansas gets to play the opening two rounds in nearby Wichita, but if you read my article on the Jayhawks match-up with No. 16-seed Penn in the opening round, I think there is great cause for concern on whether Kansas will advance.
Coach Self has said this Kansas team found ways to win and was able to make the shots when needed this year, but it wasn't a dominant team like he's had over the past decade. They did not win games by margin, and while the Big 12 was strong again and had more improved teams, it's noted that Kansas out-scored opponents by 10 points per game to rank No. 15 in the country. That's below the two teams in their region that I believe are much more likely to make the Final Four, Duke or Michigan State. I think Kansas gets bounced out of the NCAA Tournament earlier than expected, as they have done a number of times under coach Self, and it could be historic this year. 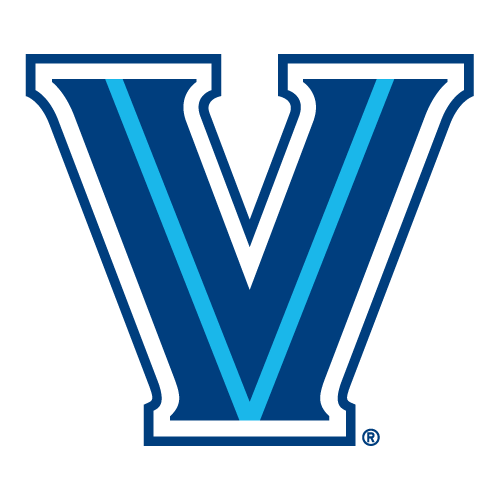 Overview: Two years removed from a national championship, Villanova is back as a No. 1 seed. The Wildcats were upset last year in the round of 32 as a No. 1 seed, but these Wildcats are winners, reaching the 30-win plateau for the fourth consecutive season. Villanova beat Big East rival and fellow No. 1 NCAA Tournament seed Xavier twice this season, eclipsing their nation-best scoring average of 87 PPG in each contest. The Wildcats rank No. 1 in the country in offensive efficiency with a trio of perimeter sharp shooters in point guard Brunson (19 PPG), Bridges (18 PPG) and Booth (11 PPG), the latter two seniors. This is the best shooting team in the country, and it's going to take an exceptional defensive team to slow the Wildcats down.

In his 17th year coaching Villanova, Jay Wright has plenty of talented players, but his staff develops them very well and Wright leverages his players' unique strengths better than anyone. That includes the bouncy wing Donte DiVincenzo (13 PPG), who's skillset and polished offensive game gives him All-America potential once the two seniors move on. But before that happens, the Wildcats may be raising another banner beyond the Big East tournament banner they won this year for the third time in the last four years.

There are some strong teams for Villanova to beat on the road to the Final Four, including a Sweet Sixteen match-up against supremely coached Wichita State or West Virginia. Purdue and Texas Tech are also exceptional teams that can defend, and the Boilermakers in particular have a pair of 7-footers that could pose problems for the Villanova's guard-oriented attack. But it's going to take an exceptional defensive game plan and a team that can slow the pace a bit and play a strong half-court game to take out the Wildcats. Definite Final Four and national title contender.

Overview: For the third time in five years, Virginia is a No. 1 seed in the NCAA Tournament. While they have yet to make a Final Four, I've still been saying for many years Tony Bennett is the best coach in the ACC, and perhaps the country. A fundamentals first and clear team concept with priority on defense learned from his father Dick, Bennett has carved the Cavaliers into the nation's No. 1 defense again, a real defensive dominator allowing just 53 points per game and a stunning 37% FG in ACC play. Kenpom.com says the stats support Virginia as college basketball's best defense in the past 20 years. Virginia (31-2) won the ACC going away (17-1) and then won the conference tournament. The Cavaliers were unranked at the start of the season and projected to finish in the middle of the ACC, showing again the job Bennett has done doing more with less.

Virginia is the first ever ACC team to win 20 games against league competition. The Cavaliers force teams to bend to their will with relentless defense that forces very long possessions by opponents. They guard the perimeter better than any team, and as you'd expect with a Bennett-coached team, they give nothing away including the ball with the fewest turnovers in the ACC. This is Bennett's second-best offensive team in his 9 years at Virginia, and while they did not have a player in the top-15 of the ACC scoring, sophomore guard Kyle Guy scored 14 PPG as part of a balanced double-digit scoring trio in the back court with 6-foot-5 guards Ty Jerome and senior Devon Hall. The Cavs however will have to push through the brackets and NCAA Tournament without ACC sixth man of the year De'Andre Hunter (9 PPG), a talented redshirt freshman who broke his wrist during the ACC Tournament.

On Virginia's road to the Final Four, there are no dynamic offensive teams of which you might think could solve the Cavaliers dominant defense. Arizona or Kentucky loom in the Sweet Sixteen with NBA talent on their rosters, and Cincinnati, Tennessee or a surprise Nevada Wolf Pack would be an Elite Eight opponent. But while the NCAA Tournament will decide a national champion, it's Virginia that has proven they are the best team in college basketball this season. Many are pulling for Bennett to break through and lead Virginia to the Final Four, and they join Villanova as my two No. 1 seeds with the best chance to cut down the nets in San Antonio. 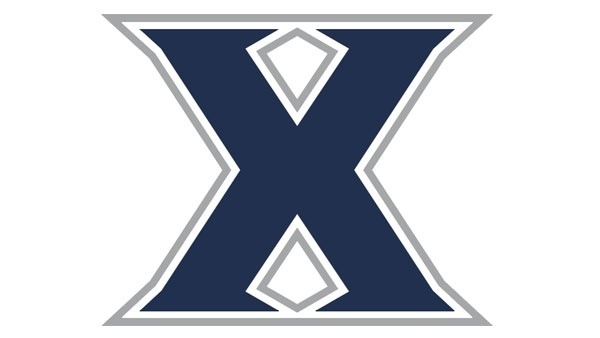 Overview: Xavier is a No. 1 seed for the first time in school history, but KenPom metrics say they are the most over-seeded top team with a profile closer to a No. 4 seed. Coach Craig Mack is doing a terrific job leading the Musketeers towards the top of the college basketball landscape. Xavier won the Big East regular season title this year, and recall last year the No. 11 seed Musketeers won three NCAA Tournament games as underdog in their run to the Elite Eight.

The three seniors are the top scorers with Bluiett (19 PPG) the leading 3-point shooter and rebounder. Kanter is a big body and solid shooter in the post and Macura the team leader in assists. The stats say Xavier doesn't have a strong enough defense to win the NCAA championship, or even reach a Final Four. The Musketeers rank No. 60 in defensive efficiency, and were 8th in the Big East in scoring defense (79 PPG). But they have been better the last three weeks, yet concerns persist with their inability to create enough turnovers or hold down opponent's shooters inside the arc and paint. Xavier has adjusted well in recent seasons to the rules changes designed for more offense, and the Musketeers were top-10 in offensive efficiency while scoring 83 PPG in Big East play and shooting a solid 49% FG but below average from the arc. Xavier does not block many shots or force enough steals to create more possessions. I don't think the West bracket is very strong or deep, but still project Xavier's run to end before the Final Four.
Follow the madness of March and all the NCAA Tournament action with the latest lines and totals posted at the leading offshore sports books.