Jay dives into the NCAA tournament with a look at the projected #3 seeds, including odds, stats and team analysis.

Projected NCAA Tournament No. 3 Seeds are a Pair from the SEC and Big Ten

As selection Sunday approaches and the NCAA Tournament brackets are unveiled, we'll have just a few days to put our brackets and pool picks together and study the match-ups. Sharp handicappers and bettors that have done preliminary homework on teams will fire in early bets as the sports books release the lines Sunday night and Monday. Those that are prepared with insight and info on the teams and understand some of the keys to NCAA Tournament success will have an edge. Hopefully the overview and insight I provide for the top-seeded NCAA Tournament teams and the stat profiles will assist you further in your pursuit of profit and pool success.

The NCAA Tournament 'officially' begins Thursday, March 15 following the 'First Four' play-in games. And while those First Four teams and other higher-seeded tournament teams are big long shots to win the national title, it's a rewarding accomplishment if any team seeded 8 or higher can advance to the second weekend of tournament play and the Sweet Sixteen. And sometimes even a team like last year's No. 7 seed South Carolina can surprise and make it to the Final Four. The payoffs can be rewarding as well when wagering on teams to win a NCAA Tournament region or just riding a hot underdog through the brackets.

We'll evaluate some long shots that could pull some upsets once the seeds and pairings are announced, but our countdown to the NCAA Tournament will cover the top-16 teams. We started with the projected No. 4 seeds, and in this analysis we'll evaluate the No. 3 seeds.

Our countdown and projected seeds are taken from ESPN and Joe Lunardi's Bracketology for the week of March 5.

The projected No. 3 seeds are: Auburn, Michigan, Michigan State, Tennessee

Three teams from the SEC made the Elite Eight in last year's NCAA Tournament, and Auburn and Tennessee are the surprising SEC teams looking to make another deep run. Both teams were pegged in the bottom half of the league by the preseason prognosticators and publications. Yet each overachieved and tied for the SEC title going 13-5, and Auburn won the tiebreaker with a 94-84 head-to-head victory at Tennessee to open SEC play. Both teams are still considered long shots to win the national title at 40-1 odds at many of the leading online sportsbooks. The other No. 3 seeds are from the Big Ten, as Michigan State won the regular season title and Michigan captured their second-straight Big Ten tournament title. The Spartans are the best of the bunch statistically, and the oddsmakers make them one of the co-favorites to cut down the nets at 9/2.

Overview: Few teams will play with chip on their shoulder more than Auburn (25-6). The Tigers won the SEC regular season title going 13-5. Not bad for a team picked to finish in the bottom half of the SEC by most publications prior to the season and as high as a 300-1 long shot to win the national title prior to the season. The Tigers were also a point spread power going 19-10 against the spread (ATS). Yet this week, when the All-SEC team was announced, not a single Auburn player made the first team – the first time since the Coaches poll started in 1956 that the SEC regular season champ did not have a player on the coaches All-SEC first team. The Tigers have had coaches and staffers dismissed and put on leave, an FBI probe and two key players not eligible to play. Coach Bruce Pearl has heaped praise on his resilient team with a trio of guards setting the pace and scoring. Mustapha Heron and Bryce Brown were both top-8 in SEC scoring at 16 PPG, while Jared Harper was top-3 in assists and scored 14 PPG. All three are better than 80% free throw shooters, and the Tigers got to the line more than any other SEC team while averaging a league-best 84 points per game to rank top-10 in the country. Auburn likes to push the pace, force turnovers (#1 in steals) and shoot the 3-ball, as they led the league in 3-point attempts and made 3-pointers hitting a respectable 37% from the arc. The shooting stat profiles on offense (44%) and defense (42%) are not great, but considering the pace and offensive scoring, Auburn's FG defense is quite respectable. So is their road (7-4) and neutral court (3-1) record. Still, the task to make a run in the NCAA Tournament will be much tougher with a downgrade on defense after shot-blocking center Anfernee McLemore went down with a broken ankle Feb. 17 vs South Carolina and Auburn proceeded to lose three of its final five regular season games. Overachievers and scoring punch? Yes. Final Four participant? No. 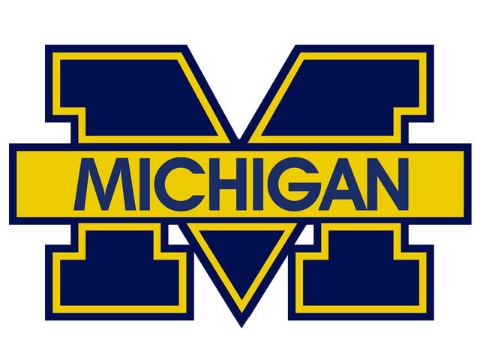 Overview: John Beilein continues to impress as coach of the Wolverines. This year's team had to replace some key roster spots along with a pair of assistant coaches. Yet here he is again with Michigan playing its best basketball at the end of the season going 5-0 SU/ATS and then sweeping through the Big Ten Tournament and winning the tournament title for the second straight year. You look at the stat profiles and you wonder how this team has won 28 games heading into the NCAA Tournament. Michigan finished middle of the pack in offensive (45%) and defensive (45%) field goal shooting, but Beilein's bunch lovers to shoot the 3-ball, leading the Big Ten in long range attempts and hitting a respectable 37% with more than 9 triples per game. Michigan was not good at defending the arc (35%) or getting offensive rebounds (last) and finished with a negative rebounding margin in league play. But as well-coached teams do, the Wolverines take care of the basketball and give little away with the fewest turnovers in the Big Ten. They are also very patient on offense and force teams into longer possessions on defense. No Michigan player was in the top-20 in league scoring, but talented 6-11 German Moritz Wagner is the team's leader in scoring and rebounding and can play inside or out. Michigan made it to the Sweet Sixteen in last year's tournament before falling 69-68 to Final Four entrant Oregon. Many expect at least another sweet run, and while the Wolverines defense is stronger this season, I don't think the Michigan has enough balance or strength on the boards to overcome an off-shooting night from the perimeter. 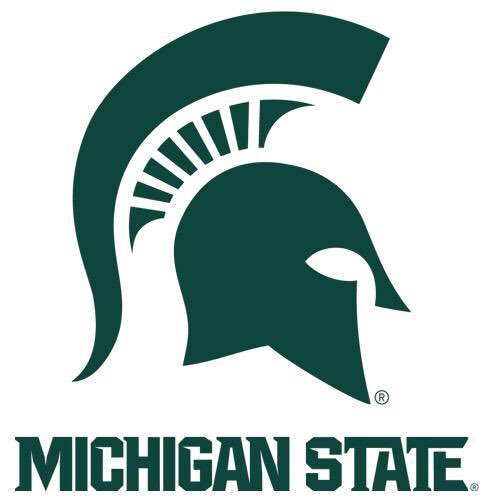 Overview: Michigan State met the lofty preseason expectations and won the Big Ten (16-2) while going 28-3 in the regular season. But with consistently high point spreads, the Spartans could manage just a 15-16 ATS record. They also dealt with distractions surrounding the scandal at MSU. Michigan State won 12-straight Big Ten games to close the season and their loss to rival Michigan in the Big Ten tournament was their second defeat to the Wolverines. Only two of the Spartans 29 wins have come against teams comfortably in the NCAA Tournament field just days before selection Sunday. Still, the stat profiles for the Spartans are strong, and Michigan State was 8-1 on the road and 5-2 on neutral courts this season. Coach Tom Izzo has a group with excellent chemistry and a high ceiling, and five double-digit scorers propelled the Spartans to a +10 scoring margin with strong shooting and elite level defense that held opponents to less than 37% field goal shooting. The Spartans are one of the best 3-point shooting teams (41%) in the country, and star sophomores Miles Bridges and Nick Ward are the scoring and rebounding leaders for a team that has great size, depth and versatility. The weakness for Michigan State is few steals and a league-worst turnover margin. But with superior shooting, rebounding, defense and the balance completed with the league-leader in assists (Winston) at the point, and league-best shot-blocker (Jackson) protecting the paint and rim, Michigan State has to be considered a strong Final Four and national title contender. 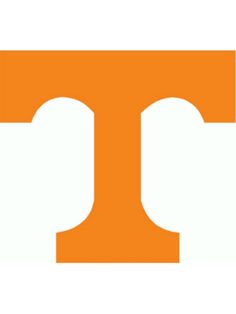 Overview: Joining Auburn at 13-5 on top of the SEC, Tennessee was a big surprise having been picked to finish near the bottom of the league. But 3rd year Vols coach & this year's SEC Coach of the Year Rick Barnes took a .500 team last year to a 23-7 finish and solid 8-4 road record with wins at Kentucky, Mississippi State and South Carolina. Forwards Williams (15 PPG) and Schofield (13 PPG) led a Volunteers team that hangs its hat on defense, ranking top-5 in the country in adjusted efficiency. More depth and size benefitted the Vols, but this is not a strong shooting team and the offensive stats and efficiency don't impress. Tennessee's ceiling may be tied to the play of point guard Jordan Bone (7 PPG), as he has fantastic speed and is at his best when pushing the ball in transition, which makes this team better when they get in the open court and run. Rebounding and specifically on the defensive end is big concern as teams get more second chance opportunities and points against the Volunteers. If defense travels, then Tennessee is in good shape, especially if Williams and Bone can elevate their game. But the stat profiles including shooting and rebounding concerns suggest Tennessee is not a team to count on for an Elite Eight or Final Four appearance.