Jay digs deep and provides statistics for projected NCAA tournament teams to give players an edge when betting on March Madness or playing a bracket contest.

During the course of the college basketball regular season, I often provide statistical parameters and profiles of teams in various categories. Previously I noted the defensive dominators and top defensive teams, and also looked at undefeated home teams and last home game situations and how to use the emotion of college basketball teams in conjunction with stats.

With the College Conference Tournaments continuing the final week before selection Sunday, I thought I'd provide some stat profiles of the top teams in the major conferences with many of those teams expected to play in the NCAA tournament starting next week at various sites around the country.

As the big conference tournaments begin, the latest Bracketology projections by Joe Lunardi at ESPN show the number of teams represented in the major conferences below. I've included the Altanic-10, American, West Coast and Mountain West Conference, as all other conferences are 1-bid leagues. The bracket predictions also provide each team's odds and chances of making the Sweet Sixteen, Elite Eight, Final Four and to win the NCAA Tournament Championship. 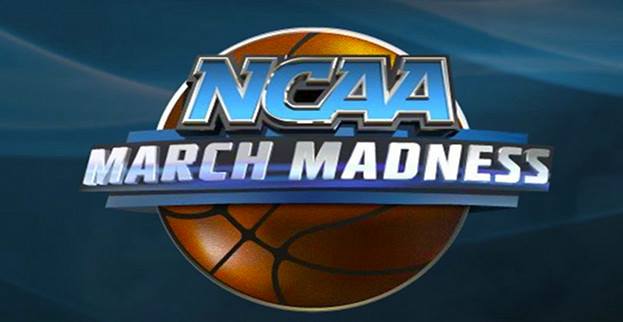 The SEC could have eight teams in the NCAA Tournament after five made it last year with three of them getting to the Elite Eight and long shot South Carolina (#7 seed) making it to the Final Four. No Big Ten teams made it to the Elite Eight last year, and perhaps that's why Nebraska is about to get screwed and make history this year. Nebraska could be the first Big Ten team to ever win 12 or more conference games and miss the NCAA Tournament. Only two times in the history of the expanded NCAA Tournament (since 1985) has a major conference team won at least 13 games in its league and failed to get an at-large bid. Both of those cases not only happened in the same year (2012) but happened in the same conference (Pac-12).

Of course, as upsets occur and perhaps an unexpected team makes it through to win the conference tournament and make the NCAA field, you'll have to research and dig for additional stats on teams not provided below. Same for the one-bid leagues and smaller conferences.

So with 32 automatic bids to the big dance, there are 36 at-large bids distributed. Based on the bracketology projections, at least 30 of those will come from the power-6 conferences. The mid-majors and smaller conferences essentially get screwed by the NCAA each year, whether by seed or invites, and it's getting worse. That's why mid-major powers like Wichita State made the move to the American Athletic Conference this season and why Gonzaga could be next with a move to the Mountain West being discussed.

In evaluating the conference tournaments and beyond, you may want to also look at the Basketball Power Index (BPI). The BPI is a team rating system that accounts for the final score, pace of play, site, strength of opponent and absence of key players in every Division I men's game. BPI can be used to measure both how well a team has performed (going far beyond just wins and losses) and how powerful it is likely to be going forward.

I've outlined in the chart below some of the key stats for the top teams in the major conferences. These are season-long stats, but I personally look at conference stats only for some of my handicapping during the conference regular season. In addition, check out the assist/turnover ratio stats and total rebounding percentage, and note those top teams listed are the leaders in rebounding margin – North Carolina, Michigan State, Wichita State, Duke, Gonzaga, Cincinnati and Houston.

Get in on College basketball action at Elite-Rated Bovada.lv

Use these stats as a guide in the conference tournament match-ups, NCAA tournament and other postseason tournaments. Clearly there is more to evaluate in our pursuit of profit in point spread prognosis. The one-and-done formats have various levels of motivation during conference tournament play, as the small conferences only get one-bid to the NCAA tournament and lay it all on the line. Already this week, North Dakota came from 19 points down midway through the second half to take the lead with six seconds remaining and stun Montana State in the Big Sky opening round. And in the Colonial Conference finals, Northeastern suffered a heartbreaking defeat in overtime leading by 17 points early in the second half and 5 points with 40 seconds to go. College of Charleston prevailed in overtime and the Cougars are going to the Big Dance for the first time since 1999.

Dramatic and fantastic finishes will continue, and more upsets will continue to occur like Michigan pulled off over Michigan State and Purdue to win their second-consecutive Big Ten tournament title. Recall Michigan needed overtime to beat Iowa prior to quarterfinal action and then beat Nebraska followed by toppling the top-2 seeds Michigan State and Purdue as a 4+ point underdog. But the Wolverines were already secure to reach the NCAA Tournament at least as an at-large team.

In the smaller conferences and one-bid leagues, emotion plays a bigger part, and can often override the stat profiles as the pressure mounts to make the big dance.

But the stats can at least provide some of the pieces in determining which teams play good fundamental basketball and excel in certain key categories. Additional stats of teams can be found on teamrankings.com.

As you continue to evaluate offensive and defensive stats and try to interpret the data and project performance, be sure you evaluate current form, but also understand the impact of such on the adjusted betting line. We see over and over some teams sweeping a season series from an opponent, only to lose in the conference tournament as a favorite.

Many bettors fall in love with the attractive, highly-ranked hotties more than the hard-trying ugly 'Dog, and the linesmaker knows which you prefer. Thus, the price to pay is often not worth the risk, especially on a neutral court.

I hope you find these stats useful as you analyze the match-ups in the remaining conference and postseason tournaments, including the NCAA Tournament.

For simplicity and ease of use, I've rounded some stats to whole numbers.
FG = Field Goal, PPG – Points Per Game, OFF = Offense, DEF = Defense

Got it? Let the computers figure it out.