The situation with Ben Affleck has raised the question again as to whether card counting is indeed cheating and whether the casinos really have the right to ban a player for getting that advantage.

Las Vegas casinos consider Ben Affleck a bad actor (not literally although he did win the Razzie Award as worst actor for his roles in Daredevil and Gigli).  What the casinos are concerned about and want Affleck banned for is card counting in blackjack.  TMZ reported last week that Affleck won a fair amount of money playing blackjack at the Hard Rock Casino which prompted the casino manager to tell him to take his winnings and leave because they suspected him of card counting.  It wasn't the first time that Affleck, who is a fairly heavy gambler, has cleaned up at the casino. Last year he reportedly took over $800,000 from the same casino playing blackjack so the casino obviously decided they just couldn't afford to keep paying him that type of cash and their solution was to ban him from the Hard Rock. Although there are hundreds of other casinos in Las Vegas, it is well known that when someone is suspected of card counting or cheating, all casinos in the city are notified by the casino about the banned player and it becomes nearly impossible for that person to ever get in another game at a different casino.  The situation has raised the question again as to whether card counting is indeed cheating and whether the casinos really have the right to ban a player for getting that advantage.

For those unfamiliar with blackjack, players are dealt 2 cards face up and the dealer is dealt one card up and one card down. The player is then asked to hit or stick based on the cards that are showing. Players can stop at any time or continue to take cards. If the player's score exceeds 21 they automatically lose. Once the player stops, his or her hand is played against the dealer's hand and the hand that is closest to 21 wins. When played properly without card counting the advantage to the casino is about 0.5%, one of the lowest holds in the 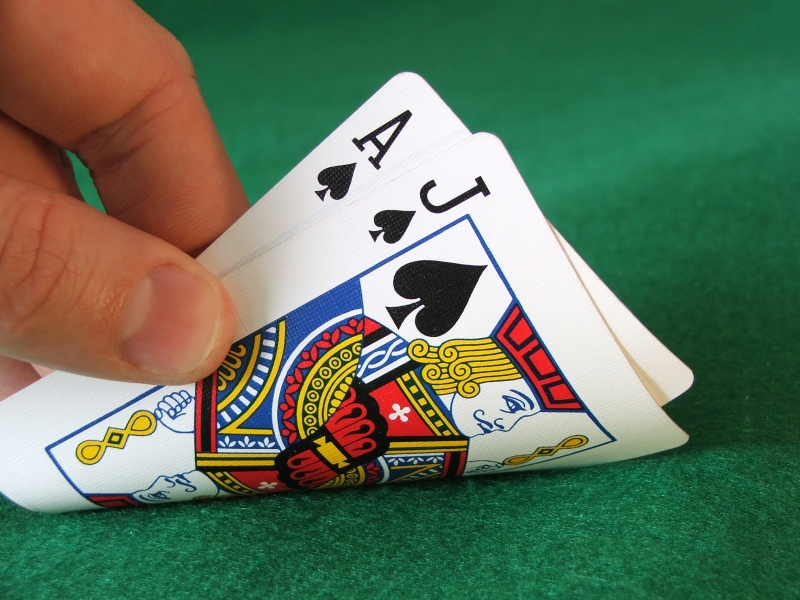 casino. When players count cards, however, the advantage switches to the player averaging around 1%. The most common method for counting is to assign a +1 whenever any card from 2 to 6 is played and a -1 whenever a 10, face card or ace is played. The other cards are assigned a zero.  The logic is that when there are a lot of 10s and Aces in the deck player has a better chance of getting blackjack and a lesser chance of busting with 22 or worse. When there are a lot of low cards left, on the other hand, the player has a far greater chance of busting turning the advantage to the dealer.  Consequently card counters adjust their bets accordingly and bet heavily when the card count is high and bet very small when the card count is low. There are far more sophisticated and successful ways to count cards as well but few have the ability to follow them.

Card counting gained a lot of notoriety in the late 1980s after Rain Man was aired in theaters.  In the movie Dustin Hoffman playing an autistic savant, was able to count through a six deck shoe and allowed Tom Cruise to win a sufficient enough amount to be thrown out of the casino. The scene from the academy award winning movie actually led to a large increase in both blackjack play at casinos as well as the creation of many books teaching the art of card counting.  The topic of card counting also gained notoriety after the movie 21 was released.  In that movie a group of MIT students use card counting techniques to win big at the casino.

One of the biggest misconceptions in gambling is that card counting is illegal. In fact in no state is card counting against the law although using an electronic device to count cards or to help in any casino game is indeed a crime.  At the same time, card counting is highly frowned upon by most casinos and if a player is caught or even suspected of counting cards they can and usually are barred from the casino for life. The one state where an exception to that rule is applied is in New Jersey.  In 1982 Ken Uston, a famous card counter sued Resorts Casino in Atlantic City for barring him after he won a substantial amount. His lawyers argued that common law in New Jersey did not permit casinos from banning a person for winning. The courts agreed and ruled that gaming in New Jersey is state controlled and no one but the state may decide who may play the games. The courts did create a is a list of those who could be removed from the casinos which included convicted felons associated with gaming and organized crimes as well as blatant cheaters but card counting was deemed not to be cheating and consequently the courts ruled that card counters could not be banned for simply using their techniques.

As a result of this ruling Atlantic City casinos as well as those in other jurisdictions have taken a lot of counter measures to try and reverse the player advantage from card counting including cutting the shoes in half, cutting limits at tables, hiring dealers who speed up the play to distract the players and most recently cutting the payout on a blackjack from 3/2 odds to 6/5. While there are still a lot of casinos that still pay 3/2 on blackjack the majority of high limit blackjack tables now only pay 6/5 odds.

After hearing about Affleck's ban from the casino I spoke to a friend who worked as a pit boss at an Ontario casino for a few years and asked about his view on card counting and barring players because they are believed to be doing just that.

"We were fortunate at our casino that table limits were never high enough to worry too much about card counters but for casinos in the United States I can understand their trepidation.  Some table limits are as high as $50,000 and if someone is wagering that much on a hand, a 1% advantage could be quite costly to the casino over the long run. If 5 card counters bet a million dollars each in an evening playing blackjack that is a cost of $50,000 to the casino and I don't care if you're MGM, Caesars or some independent joint, no one can sustain that kind of loss for a full year. Nevertheless, for every successful card counter you have wannabe counters who can't count for shit and make terrible decisions as a result.  The casino makes a fortune off those players. And for every great blackjack player you have several morons who will hit an 18 vs. a 10, will split face cards or fives and will just make decisions that go completely against traditional play.  In the end those players should more than make up the amounts lost to card counters.

So should players be barred for counting cards? I say no.  In the casino you have to take the good with the bad and courts worldwide already decided that card counting isn't cheating.  Of course casinos are also cutting back on tables anyways to make room for slots and the majority of tables at casinos are now games like baccarat, pai gow and various novelty games which are completely luck and the casino knows how much it will make. Even in its heyday blackjack was never a big money maker for casinos and in this day and age where gaming space is at a premium it's only logical that the low hold games like blackjack will start to decrease.  Casinos should go after blatant cheaters like those who slide dice in craps and those who try and use computers at the tables and let the card counters be.  Fortunately for casinos those who can successfully count cards are few and far between."

Casinos are also a bit more worried about card counting today because technology now provides any Tom, Dick or Jane to learn how to count cards using their smartphone.  In fact the iTunes store has no less than 10 card counting apps and a similar amount on Google Play.  As a result of the release of these apps, The Nevada Gaming Control Board issued a warning in 2009 to casinos to be on the lookout for players using these apps while in the casino and apparently that warning was never lifted. Don't forget, while card counting isn't illegal, using a device to gain an advantage is indeed against the law.

As for the Affleck situation, casino bosses at the Hard Rock have denied that Affleck has been banned from the casino and in fact suggested that they welcome his presence:

""Mr. Affleck, a valued guest of Hard Rock Hotel & Casino, is not banned from our property and is welcome back any time,"  a casino boss at the hotel said in a statement in the media after the story made headlines worldwide.  Of course the casino boss never indicated if Affleck was still welcome at the blackjack tables or whether he would be relegated to slots and games like baccarat which are pure luck (unless of course you can edge sort like Phil Ivey).

My hunch is that Affleck will not be playing at the Hard Rock blackjack table any time soon, regardless of whether he is doing something 'illegal' or not.