Self-Centered Poker Pros Tarnish the Game for Everyone

Poker professionals who prey on weaker players consider themselves skillful, but are these players really good for the game?

Many will recall the 2009 episode of Celebrity Apprentice when Joan Rivers went on a tirade against Annie Duke calling her and all poker players "worse than white trash." This rant was made after Trump fired River's daughter since Duke was able to raise much more money through her poker friends in a fund raising endeavor. Rivers called Duke a Nazi and then suggested that the funds she raised for the program by soliciting other poker players was money with blood on it since poker players prey on the vulnerability of others.  Most gamblers just laughed off the comments as a rant from a has-been comedian with a chip on her shoulder but some gamblers actually agreed with her. I recalled talking to a moderate sports bettor named Alex at the time who said he applauded Rivers for "telling it like it is."

Alex suggested that the real gamblers he admires are divided into 2 groups – sports bettors that use their handicapping abilities and skills to determine games to wager on and casino players who just like action and realize that any win will just be blind luck since the odds are against them but they're willing to take that chance as it's all good fun. Poker players, on the other hand, he claimed are manipulative bottom feeders that use intimidation to force lesser players to fold better hands and who prey on those with fewer funds than them. He noted that poker players claim to be so "skillful" at their game yet will cry like a baby when they get a bad beat and will berate any players they deem beneath them. He claimed that Phil Hellmuth and Annie Duke were the worst of the worst but he claimed that 99% of regular poker players he knew fell in the same category. It should be noted that he wasn't talking about casual players who play 5-10 Texas hold'em in the casino or a group of friends who decide to have a Friday night card game but rather poker professionals, i.e. those who call poker their full time job.  In that same Celebrity Apprentice episode Annie Duke even acknowledged that poker players are successful mostly as a result of their manipulation and ruthlessness. Duke even stated this to the cameras:

"Playing cards is all about game theory, managing your opponents, and trying to figure out very logical strategies to counteract. There are ways to manipulate your competitors."

As a gambler and a writer for the industry I was taken aback by Alex's comments at the time but I quickly learned that others felt the same way – even casual poker players. This became even more apparent after the feds closed down Full Tilt Poker and the site was deemed by the DoJ to be a Ponzi scheme whereby the company funneled player funds to management and poker professionals while they failed to maintain player accounts to ensure they could be paid. After that announcement gambling forums were filled with bettors of all forms calling for the heads of Howard Lederer and Chris Ferguson, who were senior partners at Full Tilt, as well as some of the Full Tilt professionals. 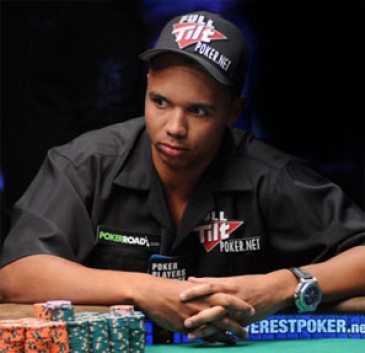 Still, it seemed the most ire was reserved for Phil Ivey who tried to distance himself from the company despite being Full Tilt's most noted front man. He sued Full Tilt for funds owed to him prior to the shutdown and then had the gall to suggest that the suit was really for American Full Tilt players who had been stiffed by the site although he had no plans to reimburse Full Tilt players if he won the suit.  It clearly demonstrated that Ivey felt self-entitled to the funds and the only one who mattered was him. Perception towards Ivey was made worse in 2012 when he went to England and won over $12 million from a casino by effectively cheating.  Ivey was playing Punta Banco, a form of baccarat and was able to convince the dealers to turn the cards in a way that allowed him to identify what the cards were based on imperfections on the edges of the cards.  Ivey was able to manipulate that flaw and take the casino for a hefty sum. The casino returned Ivey's original buy-in but withheld the winnings pending an investigation. Ivey admitted to the infraction called 'edge sorting' but claimed in a Daily Mail article "I read the cards, but I'm no cheat." Ivey then proceeded to sue the casino for the money he won, which is still before the courts.

It appears that this isn't the first time Ivey has used this technique to win either. The Borgata casino in New Jersey has launched a lawsuit against Ivey, his partner Chen Yim Sun and a card manufacturer relating to 4 sessions where Ivey and Sun won over $9 million playing Punta Banco and baccarat at the Borgata hotel in 2012.  The lawsuit claims that Ivey and Sun defrauded the casino by not only using edge sorting but also for manipulating the dealer into playing into their scheme. Apparently Ivey said he would only play if the defective cards were used, that they had to be dealt from an automatic card shuffler to ensure that the dealer wouldn't turn the cards when taking it from the shoot and thus blocking their view of the imperfections. And . . .  they demanded that the dealer speak Mandarin a language which Sun was fluent in.  Borgata apparently decided to look at those sessions again after they caught word of the England casino controversy. Again Ivey didn't deny it but he no doubt will claim it's not cheating, any more than card counting is.

After reading about the new lawsuit I decided to contact Alex again to get his opinion on the Ivey scandal. He laughed and said "no surprise there." He said that it was interesting that Ivey seems to be playing less poker since he was fired from Full Tilt as a spokesperson and is now concentrating on baccarat.  It just proves to him that for these poker pros it's all about the free ride.

"Ivey had it made at Full Tilt. He was comped into big tournaments, he played in made for TV games and made a fortune at them against similar professionals and he was paid a percentage of Full Tilt's profits as a site professional. Now that he has to actually pay his way he's looking for easy outs that guarantee he will win without any risk and he apparently found it through faulty cards - so much for great skill."

When I asked if he believed that edge sorting was really cheating Alex said that if it was sports it wouldn't even be a question. If I bet on a game that I know started early or if I tried to take advantage of an incident that was significant and guaranteed a win, my bets would be cancelled and I'd have my account closed.  And I have no doubt poker players would be the first ones calling for my head for cheating. How is edge sorting not cheating? If Ivey knows what certain cards will be obviously he can't lose and in all gambling it should be about fair play. We expect the casinos to be fair and not run games with loaded dice or rigged slot machines and in sports we expect that the books will offer fair lines and honor bets made in good faith. And for our part we have to reciprocate. If either party cheats to win it's bad for the business and it's bad for the conscience.

Alex added "as much as I hate Ivey, the Lindgren situation shows more than anything what lowlifes these poker pros are."

Alex was pointing to the Bluff Magazine article where Erick Lindgren admitted to having a severe gambling problem and owing money to numerous people and his solution was to check himself into a California rehab to quit all forms of gambling except poker. Almost everyone laughed at the notion as being like an alcoholic that only wanted to drink scotch or a junkie who only wanted to shoot up on special holidays but Lindgren said he had to continue playing since it was all he could do and the only way he could get out of debt.  In the article Lindgren suggested that it was the DoJ's fault that he was broke and had to check himself into rehab since he could have paid his debts and kept on going as he was as so long as he received the 3% of profits he was netting from Full Tilt royalties. He also suggested that his feud with Lederer was the reason he was "outed."  What has infuriated Alex and many others who contacted me after I wrote an article about the Bluff magazine interview was the gall of Lindgren who was blaming others for his woes and the idiotic notion that he could continue to gamble despite admitting to his addiction.  In essence he was saying that as a poker professional he was better than other compulsive gamblers and that he could continue to gamble unlike them just because.  Alex was also extremely angry with poker professionals and writers who threw Lindgren under the bus following that article for daring to break the code with that article and who are now attempting to block him from ever entering tournaments again because he "dissed them."  Negreanu who was with Poker Stars and never lost a paycheck from the company also conducted an interview where he berated other poker players and effectively told the Full Tilt Poker professionals "too bad, so sad, but at least it wasn't me."

Law suits aside, it appears the Pala Indians in California still want Phil Ivey to be their brand ambassador for the launch of Pala Interactive if and when online poker is launched in the state. And in related news the Morongo Indians are trying to convince the state that PokerStars should not be banned as a bad actor and be allowed to partner with them for legal online California poker. How a company that paid over $714 million to the feds and was exonerated is a bad actor while Phil Ivey who admitted to cheating to get an advantage over the casino isn't a bad actor is beyond me. But that's a topic for a different article.