Glenn explains why betting baseball futures early in the season is the best way to find value and lock in profits.

With no mega-favorites in 2019, several teams may cross the plate for a big potential payoff come October

While the leaves are barely on the trees in early April, who is thinking about them already falling off come October. Only pessimists, naysayers and negative people, right. No, smart baseball bettors. Very patient bettors looking ahead, taking advantage of the best MLB future bets possible for both World Series and NL/AL Pennant wagering.

It happens every Spring. They break out bats and balls along with hopes that every Major League Baseball team fulfills their 162-game dream of landing a long season conquest. What makes this 2019 baseball season specifically different is the large number of clubs joining the party involved in title contention.

A look at the very early odds boards among the list of preferred sportsbooks proves that fact. Unlike the NBA, there are no Golden State Warriors just waiting around to win another championship. No NFL New England Patriots you can be certain will be there come Super Bowl time.

It’s sad to say, but the greed of Major League Baseball and its unique free agency system gives about any team a chance of buying their way into a pennant or a World Series. Unlike the NFL where the salary cap has some control on competitive balance, baseball teams can purchase their way into contention if they’re willing to pay the price. The only intangible, like the other major sports, is the injury factor.

However, the physical contact nature of baseball itself lessens the chance for a season-long surgery.  Apart from say, a star pitcher’s arm getting blown out, it’s less likely than an NFL franchise quarterback’s knee gets busted in a very limited 16-game season.  There would be no immediate surrender realistic to what the NFL Redskins or 49ers faced last year.  Or maybe akin to the NBA Celtics when star power forward Gordon Hayward went down very early in 2018. 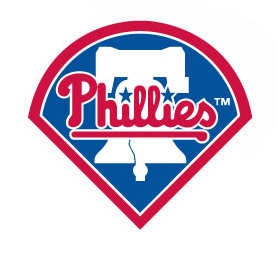 This scenario obviously brings up the pending fortunes of the Philadelphia Phillies. The Phils’ were another lukewarm at best contender after their promising, but still .500 season, last year. Enter free-agent slugger Andrew McCutchen in the outfield. Quickly joining him All-Star catcher J.T. Realmuto from the Miami Marlins.  Surprisingly, a major upgrade at shortstop through free agency with .300 hitter Jean Segura. The piece de resistance was signing a multi-year guaranteed deal for bat-flipping Bryce Harper at almost a half billion dollars! Overnight the Phillies went from 20-1 last November to win the World Series to 7-1 co-second choice along with the Dodgers and Astros at major sportsbook BetOnline.  They are a similar number at most others.  If they continue to play well in April in May, they could end up the astonishing favorite over the Yankees before the All-Star break.

What makes this year different are the sheer number of baseball teams with a legit chance to not only make the playoffs, but an opportunity to cash out for a bettor with faith and patience.  Remember, most would have laughed at the young Atlanta Braves last April at this juncture.  They not only tomahawked an NL East Division title but almost made an NL Pennant appearance at incredible early season odds.

As an example of early season opportunity, BELOW are the very early current odds for the American League Pennant (courtesy of Bovada)

Great value here at the top of the list conceding to obvious choices of the Houston Astros, the New York Yankees or the Boston Red Sox. The key is isolating your selection to pick only ONE. Of this trio, the Yankees are likely the most overvalued due to their immense fan base. But then again, should they play well into June 1st, that price will drop down to about +180.

Perhaps the next best opportunity by far remains for those who still believe in the Cleveland Indians. Like a favored horse that has failed continuously, it’s tough to remain confident in the Tribe. That’s why they sit early at +700, where they should realistically be 5-1 with their talent base. While other AL teams have improved their starting line-ups, keep in mind the Indians still have arguably the best pitching staff in all of baseball. If this team had the city moniker "LA or NY" attached to it, they likely would be positioned at +350.

Scanning the remaining teams yields one very interesting sleeper in the Minnesota Twins. Don’t laugh. Akin to how the Kansas City Royals reinvented themselves a few years ago before falling apart, the Twins have improved dramatically. The potential is high, especially if the Indians disappoint again. Their lineup features plenty of breakout potential (Byron Buxton, Eddie Rosario, and Miguel Sano), added free agent slugger in Nelson Cruz plus versatile Marwin Gonzalez. Improved young pitching as well.

The American League Central odds at Bovada confirm it. The Twins are only +225, second choice to the Indians at -350. You heard it here first and that’s also why they’re currently listed at a plausible +1800 to win the AL Pennant.

One major mistake a bettor makes is locking in only one team as a future selection in planning their entire future wagering strategy. As if they are creating some sort of loyal dedication to faithfully bet and remain true to specifically one team for an entire season. Perhaps the psychology is embedded in some sort of superstition that not trusting upon only one selection will hurt that team’s chances for success.

The sheer math of this baseball season proves that theory couldn’t be farther from making any sense whatsoever. Selecting as many as THREE teams within your futures strategy could pay significant dividends.  Whether it be for either league pennant or the World Series, there are two basic rules to follow:

First, select your best bet and wager as much as 60-80% of your funds there. Obviously, the higher odds teams will reward the best return but at a higher risk. As a back-up, pick one or two second or third choices to insure you will at least break even or show a modest profit with a win. This isn’t betting "against yourself", with the balanced odds of this year’s baseball futures.  It is a reasonable action plan.

As always, the most important rule is to SHOP AROUND. You would be surprised scanning the list of top online sportsbooks how different the odds board can potentially be among competitors. Especially making a long-term investment here, it is crucial to lock-in upon the best value for your selection(s).

The clock of baseball future wagering opportunity is ticking. Though I'm not thinking of changing the clock back just yet.