Bored Betting On Baseball? It's a New Ballgame Now

A myriad of betting opportunities are available for baseball and bets from the first run scored to extra innings may fuel renewed interest in MLB.

Five inning games, props and in-game wagering have given some life to a tired sport

It happens every Spring. The excitement of wagering on March Madness traditionally gives way to April Sadness for bettors turning to baseball seeking thrills for several months. Ok, we still do have the NBA Playoffs and the NHL Stanley Cup shortly to turn to, but break out the bats and balls for now.

But wait. No need worrying about nodding off anymore. The days of waiting at least nine innings and three hours or more through several pitching changes to cash a wager are over. They’ve given way to a menu full of opportunities available through several preferred wagering sites.

MLB Welcomes Gambling to the Plate

This could be part of the prevailing reason MLB Commissioner Rob Manfred completely changed his opinion and outlook on the possibilities for legalizing sports betting in the U.S. It made surprising history last Thanksgiving weekend when Manfred announced baseball’s new partnership with casino gaming titan MGM.

"We are pleased to partner with MGM Resorts International, a clear industry leader in the sports gaming area, to work together on bringing innovative experiences to baseball fans and MGM customers," said MLB commissioner Rob Manfred in a statement. "Our partnership with MGM will help us navigate this evolving space responsibly, and we look forward to the fan engagement opportunities ahead."

Translated, that means that MGM and every other gambling entity will help keep people tuned in throughout the game, potentially increase ratings and help defer fear that baseball will lose popularity within younger audiences as years roll on. "Fan engagement opportunities" is code for betting. Watching and continuing to give a crap about a Twins-White Sox game in July outside of Minnesota and Chicago.

According to the press release, MGM will "domestically promote its brand and gaming options across MLB's digital and broadcast platforms, including MLB Network, MLB.com, the MLB At Bat app and additional fan engagement offerings to be jointly developed." They also getting access to some exclusive "enhancing statistics," (a vague term) which they will utilize to help set betting lines. MGM will also have a presence at MLB Jewel Events, such as the All-Star Game and World Series, and in overseas grassroots events.

Almost as much as "MGM is the preferred Casino of Major League Baseball," without officially registering it.

But don’t feel sorry for MLB. They are receiving a large amount of money within the deal; however financial terms have not been disclosed. Maury Brown of Forbes reported the deal is "substantial". MLB took a hard line against gambling for decades, dating back to the 1919 Black Sox scandal, though things started to break down within the last year or two, once realizing they could gain substantially out of such a partnership arrangement. Once admitting fans have been betting on baseball since the 1800’s, might as well get a cut. The last question is what the players are getting out of the deal . . . and don’t think for a second the player’s union hasn’t noticed.  While the famous word "integrity" is still taking the field, a mortal lock will be top lawyers fighting this remaining issue out. Especially as MGM’s partnership and other potentially new casino deals develop.

Like new restaurants on the scene, baseball betting needed to introduce a new menu to their customers.  Good news. To complement our speed-frenzy, online culture, they have.

Scanning the website of major sportsbook Bovada reflected much more than the traditional nine-inning dime lines we’ve come accustomed to accepting April through October for decades. They include: 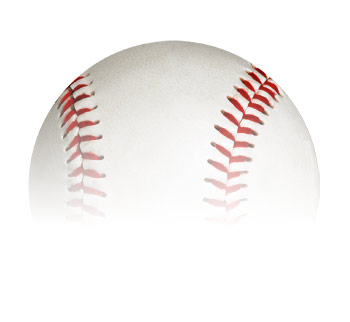 By far, now the most popular alternative to full game wagering.  First five inning games have not only gained in universal acceptance among the top online sportsbooks, but potentially a better alternative to full game betting for savvy fans. Reason being that starting pitchers rarely go past at most seven innings, giving way to the scientific strategy of the bullpen. Mining early inning stats can be rewarding for hard-working bettors.

Maybe for the impatient, first inning scoring can also be looked upon as part of a bettor’s interest in a complete game. Perhaps setting the tone for the game or reverse.

Part of the in-game or live betting process that is rapidly becoming part of our overall sports wagering culture. Keeping in mind incentive, change of pitchers, line-up combinations, etc. can potentially reward.

Not a huge fan of this option due to the very unpredictable long-range nature of a nine-inning game (or longer). Too many uncertain events can take place to logically predict a winner here. More like a coin-flip.  Possibly a small bet to augment a more serious game wager.

No different than a football or basketball game with one or two major exceptions. First, many more baseball games go into extra innings versus an overtime in those timed period games. A caveat to either save or wreck your wager. Prepare for the excitement here. Also, many games fall surprisingly close to the original game total number.

As for individual team totals, it all could all depend on circumstances and incentive. A team locked in a 1-1 tie needs only a winning run in the eighth or ninth inning. There again, prepare for an extra innings game to either delight or make you throw your bat.

Overall, the psychology of waiting upon the result for an average three and a half hour snoozy baseball game versus other sports alternatives may not be relatively attractive to our iPhone glued society. Again, compare it to a dining experience. Some people just like to go for Happy Hour with appetizers. Some prefer the whole four course dinner with wine. Some like to just go for dessert.

MLB doesn’t care. So long as you show up “responsibly” nightly at the ballpark, on your television, radio, phone or computer. With a gentle reminder to bring some wagering funds along to enhance the experience while keeping you more “engaged”.  And keep you awake through an entire game and maybe into the 15th inning.