All-Star Game Betting - Join the NASGB and Just Say No!

There is no doubt or denial we often utilize this space to promote & evangelize all sports wagering. Often at popular options including Nevada outlets and leading offshore sportsbooks. But to offer credibility, we're diverting this week toward a rare exception. A plea to NOT BET, in a bigger cause to make things right for not only sports but better wagering overall in the near future. Here's why.

Anyone who recently watched this year's NBA All-Star Game must agree it was just that. Not a sporting event, but a pure game with no competition whatsoever and no respect for the rules of basketball and history of a great event. A chance for multimillion-dollar contract buddies to stage a friendly pick-up with no defense to plan out their newest dunks and alley-oop pass plays. For wagering purposes, no better reason and frankly insultingly worse.

Forget anyone who had any intelligent opinion on who was the wagering choice between the Eastern & Western Conferences. I believe most top offshore sportsbooks agreed on the West, by virtue of the unstoppable Golden State Warriors stars to be a -3 favorite. The game was played in Toronto. Whether that is in the East or West could be a livelier discussion than the Republican Debates but certainly no home court advantage.

The really intriguing aspect was the GAME TOTAL or Over/Under, traditionally the largest betting pool for large, popular sportsbooks BetOnline, Bovada and Diamond Sports. Like any other event, before peeking at the number I made an estimate based on the previous year's record point totals. Maybe 290 or 295? We know the average NBA basketball game is around 190-215 O/U.

Would you believe Bovada and most other sportsbooks online adn in Las Vegas had the game listed at 324!!

Fast forward to an embarrassing 196-173 West win final score that not only shattered the all-time record but made 324 look like an easy number. I could have scored 10 points myself with no defense and players inviting me into the lane for uncontested showboat slams. I would have bragged 20 points, but I can't dunk.

The point is until we stop supporting and BETTING all these useless, forgettable All-Star games, they will continue an awful habit to waste time and your wagering money on better opportunities. And if you believe it's just the sham the NBA has created, we strictly remind you to join the NASGB movement in not betting the MLB, NHL or NFL Pro Bowl game either. Or what is now called Team Irvin vs. Team Rice. A offer you some compelling evidence:

Perhaps this should upset sports fans the most as this game has or HAD traditionally the most historical value and memorable stature. Mid-July always meant the time to watch the other league's stars when you did not have the opportunity to see them. Advancing into the Internet and 20-channel ESPN age has dramatically changed that. However, it was necessary to put the incentive of playing the 7th game at home in the World Series to give fans the means to not fall asleep.

Wagering-wise is another story. Most pitchers dare not go more than 2 innings, therefore it's impossible to guess an NL or AL manager's thinking. Also, playing in the game is not a true care for a player anymore. Just making the All-Star team is tied into their contract incentive proposal and a much higher value. Beyond noticing the starting line-up and imagining who might be playing for how long, why would you bet on who has the advantage? Again, I don't want to sound like a kill-joy but this is right up there with dog racing as a handicapping challenge. 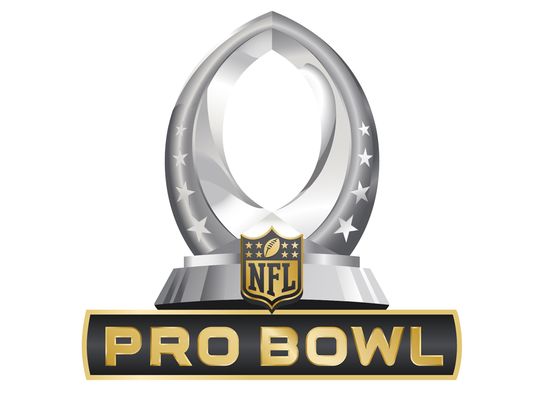 Speaking of dogs, it's time as they say to "shoot the dog". And I love dogs. But this one has to be put out of its misery or find some other method to be meaningful to avoid embarrassment.

While the beautiful Hawaiian location is meaningful to the locals and the player's wives, there has to be a better way to stage a real football competition. Similar to the NBA All-Star Game, the defenders are merciful trying their best not to get hurt nor injure any other players as priority one. Certainly not with an entire six-month off-season looming. But who could ever remember the scores of these games, who played for who or what reason they are legitimately necessary?

Also similar to the NBA game, the Over/Under total is the most intriguing aspect and gets the most wagering support. This year featured a bloated 72 total at most of the preferred offshore sportsbooks. If you thought you were going to "wise-guy" your way into a clever bet, forget about it. Team Rice & Team Irvin came through again for a forgettable 49-27 final score and another easy Over win. Well, at least it took until the last two minutes to decide the Total, but not the spread outcome.

These "totals" bets might be more predictable than Trump primary scores but don't think somebody is not taking notice. Look for Nevada and online sportsbooks to post unattainable NBA & NFL Pro-Bowl Total betting numbers in 2017.

The NHL All-Star Game wasn't even a game and a retirement ceremony for Jaromír Jagr. Ditto for the NBA and a goodbye for Kobe Bryant. The Pro Bowl highlighted the very last game for the Raiders Charles Woodson. Ironically, the most entertaining aspect of the 2015 All-Star Baseball game was letting Pete Rose on the field in Cincinnati. Of course, if MLB let him play that would have ended sports wagering forever, right? Thankfully, not much proposition wagering or even fantasy wagering in Charlie Hustle's day.

A Suggestion
Let's show some respect again for these All-Star games. Make the players develop some sort of meaningful competition similar to what brought them there above their peers. Mandate they play a certain amount of time and/or give it a 100% effort. If not, it is a waste of time and certainly a waste of your wagering time, thought and evaluation. Save your money for what happens after the break or in the case of NFL football, the following week into the Super Bowl. Join the NASGB – No All-Star Game Betting. We therefore won't be watching on TV and those sacred Nielsen ratings will dramatically fall off. Imagine what would happen if all Americans continued that threat into the regular season? Something insane and crazy might happen – like legalized & regulated U.S. sports wagering.