A late touchdown by the Steelers was ruled an incomplete pass causing the game to go under the closing betting line. Certainly, if there was legalized sports betting in the U.S., bettors would have been screaming more loudly about a fix.

With some irate fans and bettors screaming "fix", a current 10% ratings drop and possible legalized wagering looming, the NFL needs to call time-out.

Of the 256 regular season NFL games played this season, no doubt which one will be long-remembered. Last Sunday's unforgettable New England Patriots - Pittsburgh Steelers classic. Unfortunately, many from casual watchers to serious bettors will also remember it as the most flawed and unfair game of the year due to its exciting, but bizarre ending. Everyone that is except for those who fortunately wagered on either the Patriots or under the game total. Or if they were really blessed, parlayed both.

Being as objective as possible, I won't render a judgement here whether Steelers tight end Jesse James did or did not catch what would likely have been the Steelers winning touchdown score with a few seconds left in regulation. The catch bringing delight to Steelers fans and Steelers bettors alike. Through heavy late wagering at most large, preferred offshore sportsbooks including BetOnline, Bovada and Diamond Sports, the Patriots closed at -2 to -2.5 with a rising game Over/Under Total at 54.

However, beyond any reasonable doubt was this ending displeased the causal watching public and obviously the majority who bet on the Steelers and the huge majority on Over the total. Even after the "catch-no catch", a field goal would have tied the game 27-27 with a certain over the total coming in overtime. It was like we could imagine hearing a sole echoing voice screaming "NO, NO" as Ben Roethlisberger nervously tossed a game ending interception for a 27-24 Patriots winning final. Much to the delight of most bookmakers from Nevada to offshore operators praying for another type of Tom Brady miracle to occur. 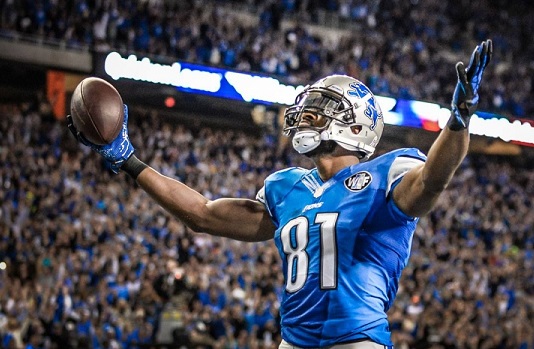 Not to bore you, here is the simplest explanation of what's commonly known as "The Calvin Johnson Rule as what applied to what happened on Sunday: A player (receiver) going to the ground during the process of making a catch must control the ball entirely through the fall.

Officials believed (correctly) that the Steelers TE James lost control after hitting the ground. It infuriated most, but by the letter of the NFL rulebook law the referees reviewing the play made the correct judgement call.

It's nicknamed the Calvin Johnson rule after the great retired wide receiver. Because on a fateful day back in 2010, the Detroit Lions (and bettors) were denied a win under very similar circumstances as the Chicago Bears were awarded a 19-14 victory. It caused so much argument, a new NFL rule was created after the season.

Incredibly, during exact but more important playoff circumstances a few years ago it happened again. In what faithful Cowboys fans have termed "Dez Caught It", the flashy Dallas Cowboys wide receiver Dez Bryant was stripped of a potential late winning TD, when overruled by officials. Again, not only did it potentially rob Dallas of a playoff win in Green Bay, but eliminated bettors of a big score. Cynics also pointed to an uneven wealth of Packers favorite money bet on that day.

While we're nail-biting awaiting the Supreme Court decision on legalizing sports wagering in the United States, I warn you to carefully think about what you wish for. As a side effect, should we see historic headlines next year announcing the reversal of PASPA, there will be much more discussion than if Jesse James caught the ball or not.

Look out for cries of "the game is fixed, the NFL is in on it and they did it to satisfy the bookmakers, etc.". That would be nothing new. What would be new is the degree it would occur and the amount of media attention it would potentially attract. For as long as a human being makes a ruling decision, it is unpreventable. And in this case, we're only shining the light on NFL football, where "integrity of the game" seems to be their motto. 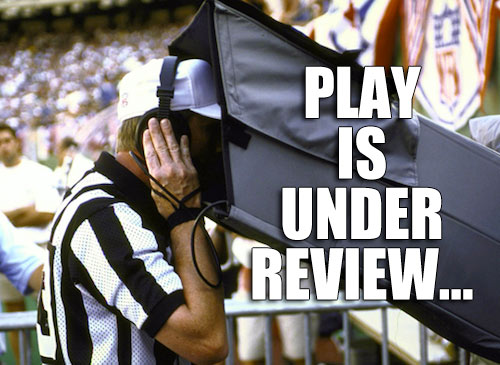 For example, what happens during an upcoming World Series if an umpire calls a key strike three in the bottom of the ninth? No upon further review for that. Maybe a key penalty in the Stanley Cup Finals leading to a winning goal. And the NBA? Well, we're hoping you forgot about that wagering scandal by now. And of all sanctioning bodies, perhaps the NCAA has the worst reputation for corruption and greed. Perhaps it will be a good thing they'll be left out of a potential PASPA reversal for legalized sports betting.

Although surely not entered in testimony during the PASPA appeal hearing on December 4th, we now have excellent software applications detecting potential betting patterns and suspicious activity. Companies like SportRadar and Genius Sports are working with the leagues preparing for such occurrences. Though we can't change human judgement we can potentially detect the people trying to influence it.

I am also betting legalization will influence superior technology to take human judgement out of the equation. And that will not make everyone happy as well. Who knows, maybe cameras behind the plate calling balls and strikes and robots throwing flags for pass interference?

Though it will be argued for many years, the simple answer to last Sunday's memorable Patriots-Steelers game (and play) is to move on. Whether rightful or not, the outcome will likely only result in a difference of a first or second AFC Playoff seeding. Whether a fateful AFC Championship Game is played in Foxboro, MA or Pittsburgh, PA. And that perspective is still a long month away with two regular weeks of the season left plus first round AFC playoffs. But then, should the Pats and Steelers eventually meet again that would create mammoth television ratings for the NFL, almost as big as the Super Bowl!!

Alright, like everybody said it was fixed, the NFL was in on it along with the bookmakers. And I confess I bet on Pittsburgh +2.5. More on the OVER!!