Analysis of all twelve starters in the 149th Belmont Stakes with picks and best bets for the betting window.

A breakdown of the field for the Belmont Stakes

Promising to keep it to a bare minimum here but I TOLD YOU SO!! Ok, I got that out of the way.

That's referring to a few very accurate predictions over the past month. First, that the 2017 Triple Crown would be a big disappointment in terms of comparison to recent years. Yielding no memorable names and no superstars to hype as we approach this Saturday's Belmont Stakes. Not that that I am proud of that, as I really wish we had a great field of 3-year olds lined-up for the 149th Belmont. Sorry, no American Pharoah's or Smarty Joneses to get worked up about this weekend.

The other prediction I take much more delight in. Handing out an on-top exacta for the Preakness with 10-1 Cloud Computing getting up by a half-length over Classic Empire. Good for a $98 payoff!! But not surprising, neither horse will be returning to run this Saturday. Cloud Computing will sit it out, waiting for big races in the Summer while Classic Empire was scratched on Wednesday due to a minor foot injury. In reality that means he is worth millions more at stud and the owners are not going to risk depleting his value chancing him at the Belmont's unique one and one-half mile distance.

Half of Fame jockey Angel Cordero Jr. once said, "the Belmont is a rider's race". Translated meaning that the skill of a jockey is more traditionally important than usual compared to any other horse race run at any track during the year. And he is right.
Belmont Racetrack is a giant surface with wide sweeping turns and a very sandy compound. Jockeys unfamiliar to it will likely get confused and ones that don't often ride upon it are at a distinct disadvantage. Also, there are not many races run at a mile and a half distance and surely the only one for 3-year olds going this far. That's why they nicknamed it "the test of champions" decades ago.

As an example, jockey Stewart Elliott has and will always be criticized for running Smarty Jones too fast a pace at 1:09 2/5 for six furlongs as a tiring reason for why he lost and disappointed many. It may be unfair but we'll never know. The owners were noble but remained loyal to a more inexperienced jockey. Same for the great Spectacular Bid, no doubt one of the greatest 20 horses of all-time. He should have won the Belmont but mysteriously was thought to have stepped on a pin as reason why he finished third. Jockey Ron Franklin Jr. was a mediocre journeyman rider who rarely ever rode at Belmont. 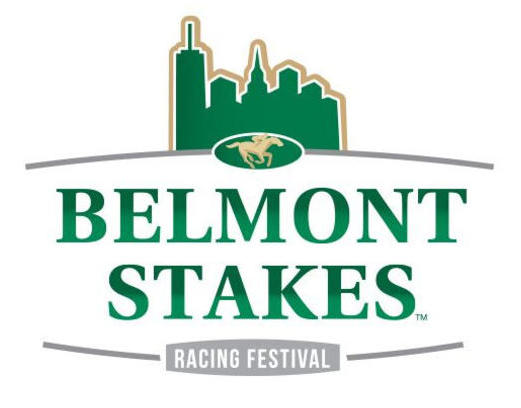 Keep this key info in mind as we pay more attention to the field of 12 going to the post:

Never like to discount any horse in a big race with great jockey Javier Castellano, but Twisted Tom is overmatched. Same for Hollywood Handsome who was up the track in the Illinois Derby against weaker foes. I am also taking a firm stand against J Boys Echo, because owner "superstar chef" Bobby Flay seems to have to have a horse entered in every Triple Crown race to get publicity time on television. He was bounced around in the Kentucky Derby and the Blue Grass before that. Those excuses mean he will be over-bet.

Meantime is too inexperienced but might be a good horse later in the year. He was a 53-1 longshot in his maiden debut to Patch, who I am also taking a stand against. Patch also had a rough trip in the Derby and in the Louisiana Derby as well. The change of jockey to John Velasquez will help but also means he will get more wagering money than he deserves breaking from the unfavorable 12 post. Senior Investment did his thing in the Preakness with a nice third but was unthreatening to the winner. The entire field would have to collapse to give him a win. Multiplier does not excite me at all and note he was already beaten by Hollywood Handsome in their first race together. Yes, I know that was a long time ago. Could hit the board.

The horse that makes me nervous but I must toss out is Epicharis for reasons previously mentioned. He's almost undefeated in five tries but no races in the United States. From experience, many more of these types win on the turf but not on the dirt surface. Jockey Christophe Lemaire is very talented but again, has ZERO experience riding on the dirt at Belmont compared to the others. I am guessing he will go off at around 5-1 at post time.

Get in on the Belmont Stakes at Elite-Rated USRacing.com

Irish War Cry – just don't know which version of this horse will show up as he threw in a clunker in the Fountain of Youth at Gulfstream Park and made a nice move in the Kentucky Derby but weakened. The longer distance may not be to his liking but he does have the breeding (by Curlin) for it and the month off may have helped. With the big local New York/New Jersey crowd, Irish War Cry could end up the very slight race favorite.

Gormley – This seems like your mile and a half horse and excellent jockey jockey Victor Espinoza just might go for the lead and try to take them all the way if possible uncontested. If indeed that does happen and Gormley sets a slow pace, look-out. He made a decent move in the Kentucky Derby before being knocked around a bit. Might have gotten place or show. Backers will likely get a good 6-1 to 8-1 price on the Santa Anita Derby winner here.

(6) Lookin At Lee
A very, very tough call here in a race with no clear-cut favorite and surely no standout. Like any other race, "pace makes the race" and it will tell whether Lookin At Lee will have a chance to win or not. Should two horses go out flying in the first six furlongs and Lee has any gas left from the past month, he will be storming down the stretch with only other horses in his way. Should they crawl in the beginning, he will be compromised and not have a chance. The switch to Irad Ortiz Jr., one of the regular jockeys in New York is huge and a great decision. Trainer Steve Asmussen has won many big races and likely wouldn't have jeopardized the horse's future running in all three classics if he didn't confidently believe he didn't have a big chance. Lookin At Lee will be the only entrant with that distinction. And hey, this jockey/trainer duo combined to win it last year with Creator at 16-1.

(2) Tapwrit
What would a Triple Crown race be without a Todd Pletcher threat? The Hall of Fame trainer has two horses entered here and this is the one (along with Patch) he has been pointing to the Belmont all along. No doubt he is bred for the distance (by Tapit) and is an expensive colt, costing $1.2M. Tapwrit had no chance in the Kentucky Derby, having been forced in after the break and also unprepared for the start in the Bluegrass at Keeneland at 2-1. Winning favorite of the Tampa Bay Derby, a bad start might not matter with the long distance for the Belmont. Jockey Jose Ortiz knows this colt very well, riding him for the fifth straight time. Could be an exciting "Ortiz Brothers" stretch duel if all goes as forecasted. There have been many this year at Aqueduct, Belmont and more to come at Saratoga. Similar to chances with Gormley, if the pace is soft and Tapwrit gets a good trip on the rail, Tapwrit could be really, really tough.

IMPORTANT NOTE: With very balanced betting expected for the Belmont and a traditional giant pool, this could be the best opportunity of the year to pursue a SHOW WAGER. Any horse could produce a very favorable $4.00 show payoff across the board and likely higher. A great chance to shop around the preferred offshore sportsbooks. Some are featuring bonuses connected to the race.