A Beyond Predictable Preakness and a Justify-able Fair Payoff

It’s Deja-vu time at Pimlico on Saturday as undefeated Justify looks to take the second leg of the Triple Crown.

I first want to confess my stubbornness not wanting to give in to another Kentucky Derby favorite two weeks ago.  But this is getting ridiculous.  Justify’s easy win as the obvious choice is making the National League’s string of All-Star Game wins back in the 1970’s and 80’s look like a coincidence.  But truth is they were the better MLB league back then and Justify was simply the best horse at Churchill Downs on the first Saturday in May.  And he will be far the best horse this Saturday, when the running of the Preakness Stakes at Pimlico Race Course in Baltimore.

The following is the field and opening odds for the 2018 Preakness Stakes.

We don’t have to waste much space making a case against Justify.  Yes, nothing is certain, but the only thing trainer Bob Baffert’s colt has going against him is the calendar. By tradition, the Preakness is run a short two weeks after the grueling Derby. If Baffert indeed had the choice, he would skip the Preakness and provide the horse a much longer rest for upcoming races like the Haskell at Monmouth Park or the Travers Stakes at Saratoga in August. But by American tradition, the winner of the Kentucky Derby is mandated to pursue horse racing’s Triple Crown. It is what it is. 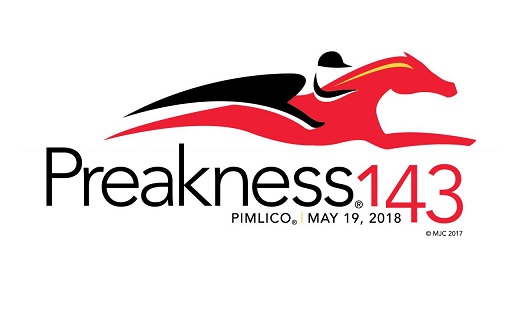 The good news is Justify has trained fine the past ten days and shown no ill effects from the Run for the Roses. There is not a hint of evidence that any of these horses should challenge him at 100% of his talent, possibly even at 90%.  We may see one of the largest “show pools” form at Pimlico as the publicity and talk of another undefeated “super horse” continue.   But if anything, it could be worthwhile investing a show wager on one of the other six horses (except for Good Magic), should something strangely go wrong for Justify as it did mysteriously for the last anointed super horse, Arrogate, two years ago.  Ironically, that colt was also one of Bob Baffert’s trainees.

Which brings us to Good Magic, who is a very good horse trained by also a very good trainer in Chad Brown. Many will be making a compelling case for him to turn the tables on Justify on a different racetrack in Baltimore.  Possibly not having a 20-horse field to negotiate as he did two weeks ago in the Kentucky Derby.  That will be part of the five hours of discussion necessary to make a case during the pre-race coverage.  I’m not buying it or betting much on it.

This Saturday’s scenario seems eerily like a situation exactly 40 years ago that unfolded at the Preakness.  One of the greatest of all-time, featuring two legendary Hall of Fame horses.

In 1978, Affirmed and Alydar were involved in the second race of their great rivalry during the series. The year that awarded Affirmed the Triple Crown and help Alydar cement his reputation as perhaps the-best horse of all-time to not win a Triple Crown race. No one will dispute that these two horses were far the best of the crop that year and their stretch battles in all three races remain memorable today.

Justify’s easy win in the Derby has seemed to scare off the serious competition while only Good Magic, who finished a respectable second has decided to stay around to challenge him. The rest of the field has much to prove being in their league to stay in contention.  At this juncture it could potentially recall Affirmed vs. Alydar.  It is very possible that Good Magic could beat Justify in the Preakness, but also make it much closer in defeat as Alydar accomplished.  Still keep in mind, Affirmed prevailed that day in a seven-horse field at 3-5.  Alydar going off a strong second choice at 2-1.  The rest of the starters were never really in the race.

It all comes down to how you feel about accepting +190 or an approximate $5.20 payoff for every $2.00 wager. That will be the approximate return for a Justify-Good Magic exacta.  Perhaps a bit higher or a bit lower.

In retrospect, we would gladly accept that in wagering the money line for the underdog in any comparable sporting event. Of course, this involves eight “teams” or horses involved. If we want to take a very short price assuming these is the ultimate favorites, there is that risk involved.

The best case to cement confidence are the human connections involved. Trainer Baffert must enter Justify and has every reason to include him.  My other strong hunch is Chad Brown choosing to try Good Magic again, with the option to wait until the Belmont three weeks away. Brown rarely makes mistakes while the owners implicitly respect his judgement. This is the only possibility to upset the cold exacta.  Therefore, a strong suggestion to include a 20% investment of a Good Magic-Justify exacta as insurance.  That potential payoff should be approximately $9.40 (+370) for every $2 wager.

The best advantage on Saturday might be the opportunity to wager into the online sportsbook wagering pools.  Those that are NOT co-mingled into the U.S. pari-mutuel pools. It is possible to obtain better value exacta, trifecta and all other exotic payoffs by checking the list of preferred sportsbooks while shopping the options they provide.  In major races like this Saturday’s Preakness, that could be a rare opportunity to seek a special situation.

No, I am not going on record absolutely guaranteeing another Justify-Good Magic exacta. Just saying it’s highly unlikely anyone is going to get rich betting this year’s Preakness.  Good news is the Powerball Jackpot is up to over $306M later that night.   At odds of 292,201,338-1.  Again, it’s all about getting fair odds and value.