A look ahead at some key NCAA, NHL and NBA matchups for weekend sports betting.

Soon, another weekend will be upon us and bettors will be looking for wagers that make sense. There are a number of big college basketball matchups and a West Coast NBA showdown on Sunday night. The NHL has a pair of doozies on Saturday.

Here's a look at the top bets this weekend.

The Longhorns are coming off a huge win over Kansas on Tuesday night. The Red Raiders have now lost three straight, haven't covered in five games and are 1-7 ATS in their last eight games. 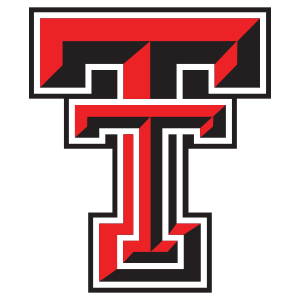 When the teams met on Jan. 13 in Austin, Texas Tech won 79-77 covering the 1-point spread. Chris Beard's Red Raiders are typically known for their defense, but they have given up at least 73 points in five of their last seven games.

If you're looking for premium sports picks at great prices, you owe it to yourself to check out Action Sports Picks.

Illinois had won seven straight before getting pummeled by Michigan State on Tuesday night. The Illini will face Nebraska (5-16) on Thursday before heading to Madison on Saturday.

Wisconsin has lost three of its last five and is 2-3 ATS in those five games. The Badgers have been trending toward the Under recently. The Under is 6-0 in Wisconsin’s last six games.

That's about to change. Illinois needs a big win and the offense averages over 81 points per game. With a total similar to the first matchup between these two teams - 135.5 - play the Over on Saturday.

Some of the lustre wore off of this matchup when Kansas lost to Texas on Tuesday night. Still, the Jayhawks will give Baylor a battle.

In the first meeting of the season, Baylor was an 8.5-point favorite. Kansas covered in a 77-69 loss. The Jayhawks are 5-0-1 ATS in their last six games.

Playing at the Allen Fieldhouse will give Kansas a boost. The Bears will be the favorite. There's no question there. The question is by how much.

Kansas covered last time and they can do it again. Play the Jayhawks all the way down +5.

Carolina at Florida
No. 2 vs. No. 1 Central Division

Saturday's Hurricanes-Panthers game matches up the top two teams in the Central Division. With Florida playing at home, expect the Panthers to be the favorite.

Carolina is the top scoring team (3.76 goals per game) in the NHL. The Hurricanes lost the only meeting between the two teams on Feb. 17. Carolina lost at home in overtime.

The Hurricanes will want to avenge that loss. Play the underdog Hurricanes to win on the moneyline.

The red-hot Maple Leafs will take on the even redder-hot Edmonton Oilers on Saturday. The two teams have split four games this season.

The Oilers are just 6-5 at home while Toronto is 6-1-1 on the road. In the last two games in Edmonton, the games were decided by one goal.

Saturday's game is the first of three in a row in Edmonton. With Toronto’s success on the road, take the Maple Leafs to win.

Must Read > How the Super Bowl Streaker Will Change Prop Wagering

One of the NBA's best West Coast rivalries will rekindle on Sunday night when Golden State travels down the coast to Los Angeles to take on the Lakers.

L.A. has been reeling since the loss of Anthony Davis, who remains out with an Achilles injury. Davis will be out approximately four weeks.

The Lakers have lost three straight and must face the streaking Jazz and high-scoring Portland before they face the Warriors on Sunday night.

In the teams' first meeting this season, the Lakers were a nine-point favorite. Golden State covered in a 115-113 loss. Don’t expect L.A. to be that big of a favorite this time around.

Play the Warriors down to +3 since the Lakers have only covered twice in their last nine games.

Bet on Sports at America's Bookie.