For UFC fans who won't be able to watch UFC 249 this weekend, MyBookie is hosting a UFC3 card with over 22 virtual bouts. Dubbed UFC$49, for the simple reason that players can make a risk-free wager of $49 on the main event between Rose Namajunas vs Jessica Andrade. It's a win/win event for players - if the bet loses, you win, up to $49 cashback and if the wager wins, it's simply winning bet. 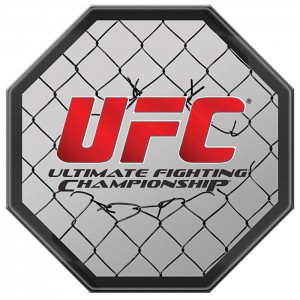 While the full fight card hasn’t been announced yet, we do know at least that Andrade and Namajunas will be having their much anticipated rematch in a virtual format, slated to start at 10:05 PM ET. The two UFC Women's Strawweight Champions fought in UFC 237 last May, with Andrade winning via second round TKO to capture the title. Current odds at MyBookie have Namajunas as the favorite, at -190. Lines for the entire UFC3 card will be available Saturday, April 18th.

Fans and bettors can get involved by heading to MyBookie.ag and signing up for a free account. The matches are simulation games played from an XBOX and/or PS4 and Streamed direct on MyBookie (logged in) or on their respective Twitch Channels. Your first wager up to $49 on the winner of Rose Namajunas vs Jessica Andrade either wins or is returned to you as cash with a 1x Rollover.

In addition to MMA matches, MyBookie offers daily Madden20 and NBA2K games that players can watch and bet on. They also are featuring FIFA20, NHL20 and potentially more to come.

Until live sports start again, head to MyBookie.ag and get started with SIM betting!