Trump puts the ball on sports betting in the commissioners’ court

If Trump does come out in favor of sports betting, the question that remains is can Trump and the GOP simply overturn or amend current laws or will he defer to the states or the leagues?

Two questions that bettors have been curious about is whether Donald Trump would legalize online gambling at the Federal level and whether he would overturn PASPA and allow sports betting. On Super Bowl Sunday Trump was interviewed on Westwood One by Jim Gray and was asked point blank if he would consider legalizing sports betting at the federal level although the question of online gambling never came up. Gray pointed out that billions of dollars that are bet by Americans on the Super Bowl and pointed to the apparent shift in attitudes by Americans towards sports betting. Trump stuck true to form and instead of giving a concrete answer, he effectively punted the ball. The same way he never really gave an opinion on abortion legalization or the one vs. two state solution on Israel, Trump decided to push the decision to the leagues and said he would address it when the bill hit is desk.

Trump's exact response to Gray was as follows:

So, we wouldn't do it lightly, I can tell you. It will be studied very carefully. But I would want to have a lot of input from a lot of different people." 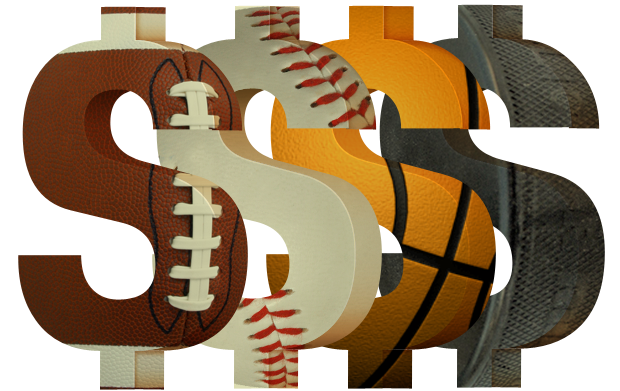 This type of answer obviously solves nothing. We know that the NBA and Adam Silver want to legalize sports betting, we know the NCAA is absolutely opposed, we know the NFL is on record as being opposed although there are rumblings that many team owners disagree with Goodell and we really have no idea what the other leagues think. Major League Baseball has a long record of being opposed to betting on its games but it seems the commissioner there may be softening his stance considering the revenue they are getting from DFS. And the NHL, PGA and MLS have never really addressed the topic at all, but like MLB are excited about DFS revenue. What we do know is that most league revenues are suffering and any new revenue sources are being considered by the leagues, especially with escalating salaries and hence why they got in bed with DraftKings and FanDuel. So, if the leagues can be convinced to support legal sports betting, possibly by getting a share of betting revenue, it's likely that the majority would be in favor. As for law enforcement, it's likely that the Department of Justice (DoJ) will simply do whatever Trump and Congress ask. Trump's non-response is also a bit shocking considering he has indicated in the past that he supports sports betting and was on record telling Major League Baseball to put Pete Rose into the Hall of Fame, despite his admission to betting on baseball while a player and manager. Trump tweeted the following in 2013:

"Pete Rose should now be allowed in The Baseball Hall of Fame. The all-time hits leader has paid the price already!"

But even if Trump does come out in favor of sports betting, the question that remains is can Trump and the GOP simply overturn or amend PASPA that easily. I asked Lawrence Walters, a first amendment attorney and expert in gambling law that question and he replied that the Republican controlled Congress does indeed have that ability if they take that route:

"Congress has the ultimate power to repeal, change, or replace a federal statute. So long as it is done constitutionally, Congress has wide authority to legislate on matters involving gambling activity that affects interstate commerce, under the Commerce Clause. Certain types of sports betting could be legalized, and others prohibited, so long as Congress is not acting irrationally. Assuming the existence of some legitimate governmental purpose, lawmakers could change the face of sports betting (and online gambling, generally), if sufficient votes exist to support a given bill."

I also asked Walters if he believed the New Jersey and Delaware decisions not to amend PASPA for those states could cause issues since they set precedent but Walters believed this wasn't a problem.

"The fact that the Supreme Court decided not to hear the first case (regarding New Jersey) is not dispositive of whether it will hear the currently-pending case. Each case raises different issues, and the Court may be interested in an issue presented by the new case that was not present in the first case. Also, each Supreme Court term is unique. Sometimes there is just not room to hear all the cases that raise important issues in one term, but the next time around the Justices decide to consider a case that is similar to one that was passed by, previously."

Why the GOP, which has always been so opposed to gambling expansion would agree to revisiting PASPA is unsure, but we have learned that Trump can be quite persuasive if he wants something and somewhat vengeful to those who try and fight back. Moreover, this could be a chance for a quid pro quo in exchange for making online gambling illegal. In better words, to appease Sheldon Adelson and those in Congress who feel beholden to him, they can agree to make online gambling illegal but in return offer the states sports betting in its place. Chris Christie was always a bit leery about legalizing online gambling anyways but has been a strong proponent of sports betting as a means of helping land based casinos and racetracks. And it is very unlikely Adelson would have any opposition to sports betting so long as it takes place at land based facilities. And there appears to be as many states interested in offering sports betting that are interested in online gambling so it may be a viable sell. One thing that is certain is that if PASPA is repealed or amended, something will still be in place to keep amateur sports betting illegal. Unlike professional athletes there is a legitimate concern that lesser NCAA players can be coerced to fix games if it is unlikely they will ever have a pro career.

A couple of real sticking points in the equation would be Nevada and California. Sports betting is already legal in Nevada, including amateur sports, so enticing them with legal sports betting in exchange for giving up their right to offer online casinos and poker is irrelevant. And for California online poker is far more of an enticement than is sports betting. Both states were among the few to vote for the Democrats in the last federal election and Harry Reid clearly is no fan of Trump or Adelson. Plus, if the new law is passed, Nevada would almost certainly have to give up the right to offer betting on NCAA games. It's likely that both states will do everything in their power to affirm their 10th amendment rights and fight the courts in any attempt to restrict their decisions to offer online casinos and poker which is legal under the UIGEA and the 2011 DoJ opinion of the Wire Act.

"There is no question that the issue of sports betting and online gambling must be addressed at some point."

One analyst I spoke to, who has followed the attempts to legalize online sports betting in California said that blocking online gambling from California would be a huge obstacle. Not only are they relying on internet poker to help bolster their state coffers, but taking on that state also means taking on the Indian tribes, and as has been seen in the past, Indian sovereignty has been a topic that no government or court has been willing to tackle because the Indian tribes are prepared to do what they must to maintain their sovereignty. And court decisions have affirmed that sovereignty. The analyst even joked that "Telling Kim Jong Un how to behave and act would an easier task for a federal Government than would be telling the head of most Tribes how to behave and act." The analyst stated also "California has already been talking about seceding from the United States. I doubt that will get much traction but if the federal government starts trying to make decisions for them in areas that are none of their business I can see it getting more momentum."

So, while Trump's comments to Gray can be seen by sports bettors as positive in many ways, the reality is that any decision on the topic is a long way off. Trump has to decide just how much he would be willing to give up to make sports betting happen and he must decide how much flack he is willing to take from states, particularly since he campaigned on 10th amendment rights. There is no question that the issue of sports betting and online gambling must be addressed at some point during Trump's first term in office but there is certainly nothing imminent. That said, Trump's comments do provide a reason for all the league commissioners to sit down with the owners and other interested parties and make decisions on whether they want in or out if and when the discussion becomes more serious. Let's hope the commissioners use common sense and see the benefits to both themselves and the states.