Native American operators must be given greater opportunities before Internet gambling and sports betting laws can change in some states.

Native American gambling interests are handcuffed by an alphabet soup of laws, plus the Wire Act

In early 1961 the Federal Wire Act was introduced by Attorney General Robert F. Kennedy and was signed in September 1961 by President John F. Kennedy. The crux of the act was the following paragraph: 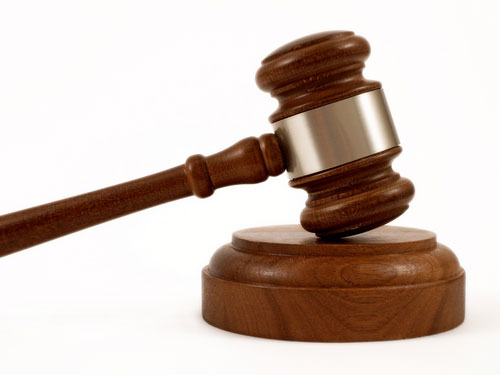 The Federal courts answered that question in 2002 when a district court ruled that the Wire Act only applied to sports in the famous Mastercard case. It was reaffirmed in 2011 by the Department of Justice (DoJ) under Barack Obama. However, the Republican Department of Justice has contended that the court was wrong in that ruling, and the Wire Act applies to all forms of gambling. They operated under that assumption until 2011. But, most recently, the DoJ under Donald Trump tried to change the 2011 opinion and reinstate an opinion that the Wire Act applies to all forms of gambling. It is widely thought this was done mostly due to pressure from casino magnate Sheldon Adelson, who believes that online gambling will threaten land-based casinos. Fortunately for online gamblers that opinion got struck down and has been in limbo since the New Hampshire District Court ruled that the Wire Act only applies to sports betting. Any planned challenges by the DOJ to the ruling will almost certainly now go by the wayside since a new Democrat Department of Justice will take over and there is no reason to believe they will continue with a challenge to their own 2011 opinion.

While this is welcome news to states who want to offer or continue offering online casinos and poker, it still handcuffs states in the area of online sports betting. The 2006 Unlawful Internet Gaming Enforcement Act (UIGEA) allows states to offer any form of online gambling, if it is contained entirely within the state, but since gambling operators in the majority of states are controlled by Native American Tribes, that represents a problem. Tribes that want to offer sports betting or online gambling are limited to the rules of the Indian Gaming Regulatory Act (IGRA), state compacts and the Wire Act. And while some states governors and legislators are willing to work with the Tribes and offer leeway, most states are using those statutes to hold Indian gaming back.

In Michigan, for example, the state agreed to allow Tribes to offer sports betting and online gambling off their reserves provided they operate as a commercial entity and follow the same rules as commercial casinos, which will likely mean paying state taxes. The Bay Mills Indian Reserve, located on the southern tip of Lake Superior has viewed this as a great opportunity since offering sports betting and online gambling only on their tiny parcel of land near Sault Ste. Marie Michigan would garner next to no revenue. With the new state rules, however, they have decided to team up with DraftKings, who will offer remote online casino and sports betting to all Michigan residents. The bets do not have to originate on the reserve to be legal. Obviously, this will be crucial in generating revenue since most bets will take likely take place in or near larger cities like Detroit, Grand Rapids, Ann Arbor or Flint which are hundreds of miles away from the reserve. Similar rules were allowed in Mississippi, where there are no specific compacts. In states like Oklahoma, New York, Iowa and Tennessee, however, it appears the legislators expect the Tribes to stick exclusively to the compact, meaning no Internet wagering and gambling only on Tribal lands. No doubt Florida, California and any other large state will have similar rules if they allow sports betting and online gambling.

For that reason, HR5502, titled "Removing Federal Barriers to Offering of Mobile Sports Wagers on Indians Land Act," was introduced last year by New York Representative Anthony Brindisi, which as the act implies is meant to allow Tribes to offer online sports betting without being deemed to be violating the Wire Act, IGRA or UIGEA. In better words it implies that Tribes, due to sovereignty, don’t have to follow Federal or state rules on gambling. The bill was introduced in December 2019 but never moved any further due mostly to COVID-19. It is doubtful it will be heard any time soon as a result of a new Federal government, which apparently may be looking at the Wire Act to determine if it needs to be amended or even scrapped. While overturning the Wire Act seemed very unlikely prior to 2017, the decision by the Supreme Court to repeal PASPA now makes that a distinct possibility. The number of states, casinos, Tribes, leagues, etc. who want clarity on the Wire Act will likely move that up the ladder on issues to be addressed by the incoming government.

"It is almost a certainty that the Wire Act will be addressed by the Department of Justice."

Aurene Martin, the President of Spirit Rock Consulting, a Tribal Advocacy Group, who acted as Principal Deputy Assistant Secretary for Indian Affairs under the first term of the George W. Bush administration, indicated at the recent virtual Global Gaming Expo (G2E) that she believed it was time to amend or scrap the Wire Act, since it no longer addresses the issues it was originally intended for, not to mention that it is badly hindering Tribes in very rural communities. At the same time, she acknowledged that changing or repealing it will be a long arduous task since there is opposition at all levels, including states that don’t want Internet gambling to be expanded. This includes other gambling interests such as race tracks or poker rooms that may not want interstate wagering, casino owners like Sheldon Adelson, as well as many Tribes who may view Internet gambling and sports betting as a threat to their land-based revenues and even some Tribes who simply oppose gambling and any expansion for fear it will affect the vulnerable on their reserves. Others at the G2E conference also noted that while Michigan was able to work out an agreement with the 12 Tribes and 3 commercial casinos in the state, it would be far more difficult to do in a state like New York or California where there are hundreds of different Tribal bands and gambling entities with conflicting interests. And while most Tribal groups that operate in remote rural areas would likely welcome the ability to offer online gambling to residents in urban centers, it may not be the same for Tribes whose land is in an urban area and get a lot of foot traffic at the casinos. The Tribes that run the Winstar World Casino and Resort in Oklahoma, Mohegan Sun and Foxwoods Resorts in Connecticut, San Manuel and Pechanga Resort Casinos in California and the Seminole Hard Rock Casino in Florida for example would probably be only too happy to see the Wire Act remain as it is.

An industry analyst told me, however, that in his view it is almost a certainty that the Wire Act will be addressed by the Department of Justice and possibly Congress under the first term of the Biden Administration and the only question is whether they will seek to have the law amended or repealed. He believes that it will likely be amended since the general purpose of the law is still important, but that the groups challenging the law will want it to be made clear that the only illegal activity under the amended Wire Act are wagers placed by any form of communication for organized crime or for the purpose of money laundering and/or funding other illegal activity. It is uncertain how offshore gambling would fit into the new law if it is changed. The major issue, he believes, is that SCOTUS as it stands now is 6-3 Republican and they may feel beholden to Sheldon Adelson and/or the politicians who support him. Thus, they may rule against any changes to that law. More importantly SCOTUS only hears cases when there is a clear challenge to the law and entities are deemed to be violating it. That happened when New Jersey passed a law making sports betting legal in the state and the NCAA challenged their law.

So, it may only get to SCOTUS if states or Tribal groups get together and start passing their own legislation to make it legal to offer interstate online gambling to increase poker volume, have comingled pools for March Madness or the bowl games or simply start taking bets outside their jurisdiction, which would clearly be in violation of the current laws. And there is also a possibility that Tribes in different states will comingle their efforts and allow interstate online tribal gambling, in which case the courts would have to not only look at the Wire Act, but also the UIGEA and the IGRA, which many Tribes will welcome. At the Global Gaming Conference, Bryan Newland, the Bay Mills Tribal Chairman, even said that one of the reasons they chose DraftKings as their partner was that they were prepared for a challenge to the Wire Act and wanted a company like DraftKings that isn’t afraid to take chances and press forward for the desired results, despite possible repercussions. He noted how DraftKings was a pioneer in daily fantasy sports when it was controversial and it should be pointed out that DraftKings also offered fantasy sports on individual sports like golf, NASCAR and MMA, while FanDuel chose to stick to the letter of the law and only offered team sports until recently.

So, now that PASPA is history, it may be time to reconsider the Wire Act and possible other federal laws like the UIGEA, IGRA and Travel Act as well. Unlike PASPA, it won’t be just the states challenging the law, however, as the Wire Act affects many other groups and especially rural Native American Tribes. It will be a long drawn out effort, but the U.S. could be approaching a time when state boundaries no longer dictate where players can wager on sports and who they can place their wagers with.