Hartley reports back on his trip to the SBC Summit North America gambling conference, with some insights into where the sports betting and online gambling industries are headed in the U.S. and Canada.

The highly anticipated SBC Summit North America took place last week at the Meadowlands Exposition Center in Seacaucus, New Jersey. The summit was the first North American Gambling conference to take place in-person since the start of the pandemic. The event was well attended and featured speakers and delegates from all aspects of the gaming industry, including management and workers at sportsbooks, vendors, affiliates and even "Mattress Mack" McIngvale, the owner of Galaxy Furniture in Houston, who gave away free furniture to customers when the Astros won the World Series. McIngvale discussed his history, betting strategies, compulsive behavior and his leadoff keynote address was one of the highlights of the whole conference.

In this two-part article I'll discuss ten takeaways from the conference that hit home the most. Most of the information came from the sessions themselves, although some interesting tidbits came from discussions with speakers after the sessions, as well as person-to-person talks at the exhibits. The highlights and insights are in no particular order.

1. The biggest sports betting companies in two to 3 years’ time may have not even begun operation yet

One of the more interesting comments during a discussion on sports betting in North America was that the biggest companies in sports betting by 2024 are not even operating yet. I would attribute that comment to one speaker, but I heard it a few times throughout the conference by different people. No specific companies were mentioned at the event, although Google, Facebook and Fanatics have been bandied about.

Without question, Google would be one of the leaders in the sports betting industry simply due to their size, as well as the ability to ensure that their sportsbook is always listed first on any searches for sports betting, plus the ease of streaming games on YouTube, which they own. Google has neither confirmed, nor denied that they are interested in launching a sportsbook, although they have created a free sports betting app on Google Play that could easily be flipped to a real money app. One speaker at the forum told me that if Google did decide to launch sports betting it would almost uneven playing field. That said, Google gets significant revenue from other sportsbooks, so from a business standpoint they may not deem their own sportsbook as a venture they are interested in. It also quite possible the company could enter into a business agreement with an existing sportsbook, the same way that BetMGM has entered into a joint venture for sports betting with Yahoo.

Facebook is another company that would also surely rise to the top if they entered the sports betting market. When Zynga poker launched on Facebook it easily surpassed every other poker site in operation and the demographics of those who use Meta would make sports betting on that platform almost an instant success.

Fanatics has already indicated an interest into getting into sports betting and they can use their licensing agreements with all the leagues and their access to players to be an instant success. Fanatics hired former FanDuel CEO Matt King to lead their betting and gaming product and they have other stalwarts in place. Thus far the company has not launched a sportsbook, although they have registered a trademark for the sports betting product and will launch the website as BetFanatics.com. Unlike other websites they would have their pick of spokespeople and current sportsbooks are so afraid of their launch that some CEOs of other major sports betting companies have said their launch will be “a game changer”.

Amazon is the other company that would almost certainly have a major impact if they decided to operate a sportsbook, but at this time it seems they have no interest in pursuing a gambling business.

2. Many sports betting companies are prepared to focus less on volume and more on personal service

One thing that all sports bettors have likely noticed is the efforts made by the big-name companies like FanDuel, DraftKings, BetMGM, BetCaesars, etc. to register as many new clients as possible by using large sign-up bonuses, regular offers, free money and rebates on losses. They also advertise heavily and employ expensive influencers. It has been successful, since most of the companies have each acquired thousands of new signups a week, but they have also likely noticed there is little brand loyalty. 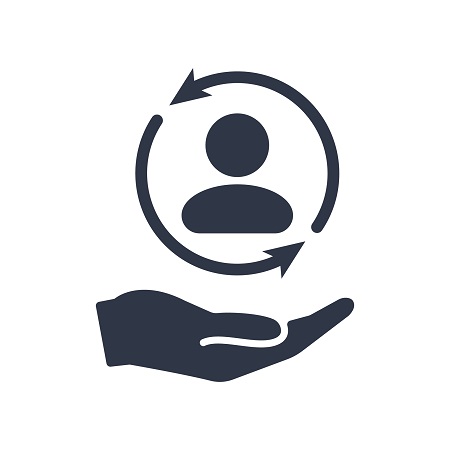 Once a customer plays through their bonus they usually ignore the site to find a better offer elsewhere. Customers seem to be bonus and line shopping rather than setting up a repertoire with the book.

"In Europe, we get a far better response when we cater to the customer by offering them information and good customer service than we do with promotions," the CEO of a smaller Amsterdam-based company told me at the conference. He equated it to how many sex workers have realized they can make more money by signing up with an escort service and taking on fewer, regular, high-paying customers, and offering them exclusive service, known often as 'the girlfriend experience' rather than trying to get 10 different johns in one night.

The personal service theme came out at the SBC conference quite a bit, with even the largest companies acknowledging that at some point they are going to have to stop looking for new clients and instead make sure that they cater to the players they have now to elicit brand loyalty and continued satisfaction with their products.

When Ontario announced it was opening up sports betting, the biggest companies licked their chops, since Ontario is the fifth biggest market in North America. But most companies said they are frustrated with the restrictions the province has placed on them with regards to advertising. The rule in Ontario is that companies are free to advertise anywhere, but they can only advertise promotions and bonuses on their website or in direct mailings to customers who have already signed up and opted in to receiving the direct advertising.

A speaker representing FanDuel said the rule is so restricting that it makes the advertising far less meaningful, since the only way a company can differentiate itself from the others is by telling customers what they offer that makes their company better to sign up with. A different speaker said that they no longer view Ontario as a panacea because of the advertising rules and they are prepared to look elsewhere to spend their promotional dollars since they see no benefit to putting money into a jurisdiction that won’t let them promote anything other than their name.

It's widely accepted that there are too many operators in most jurisdictions and that it is impossible to be
profitable in such a crowded market.

Speakers noted how TheScoreBet left New Jersey because they couldn't compete with the throngs of sportsbooks there and they said in places like New Jersey, Pennsylvania, Arizona, Colorado, Louisiana and Ontario there has to be a consolidation of businesses because the current state of affairs isn’t sustainable. Some jurisdictions are allowing as many as 70 licenses to operate and with that much competition there isn’t much to be made, even if there was a lower tax rate.

Consequently, the question isn't whether there will be a consolidation, but rather if it will be done by companies withdrawing or by mergers and acquisitions with current stalwarts like FanDuel, DraftKings and BetMGM. The consensus at the conference seemed to be that it would be a hybrid, with the weakest of the weak simply leaving and the others merging with larger companies.

5. New York will have to change their tax rate and they know it

The 51% tax rate in New York has made all operators there unprofitable. Since its launch six months ago, New York has taken in over $7 billion in bets and the state has made about $323 million in tax revenue, but the sportsbooks have been losing their shirts. The sportsbooks have thus been pleading for a tax break given that they can’t be profitable in the current climate and since neighboring New Jersey only has a 13% tax on sportsbook winnings. 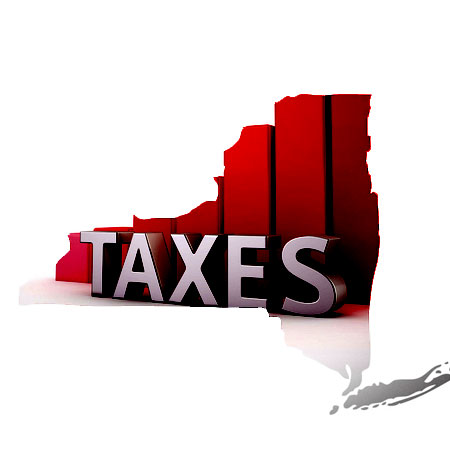 The books have cut back significantly on promotions in New York, but that isn’t enough to make a difference, plus it isn’t fair to New York bettors.

NY Senator Joe Addabbo stated in one of the sessions that he acknowledged the tax is hindering the sportsbooks and he said he would consider doing something about if he wins another term. He formerly introduced a plan to lower the tax rate by allowing more operators, but it was defeated. Yet even if he was able to increase the number of operators, Addabbo said it would make no difference this year or in 2023, since the rule in place says that any new sportsbooks would pay the current rate for two years.

There was a discussion about providing a rebate to the sportsbooks for promotions, but that would be window dressing. Addabbo did say that the sportsbook operators knew the rules going in, plus the money from sports betting is going almost exclusively to education so it would be hard to claw that back. There was also an acknowledgement that if online casino gambling was introduced in New York, it would be a game changer, as casinos are far more profitable than sports betting.

Looking for more from the SBC Summit North America gambling conference? Click here to get more insights and commentary on the 2022 conference in Part 2 of this series.