Sheldon Adelson recently testified at a hearing for Steven Jacobs, the former CEO of the Las Vegas Sands casino in Macau. Adelson made some eye-popping comments in an eye-opening case.

A hearing that should have taken place over four years ago is now being held at the Cook County district court in Nevada. What on paper should have been a fairly mundane wrongful dismissal case has turned into quite the spectacle, after Sheldon Adelson 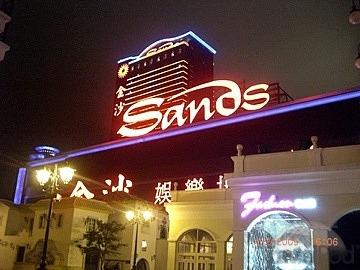 was called to testify. Steven Jacobs, the former CEO of the Las Vegas Sands casino in Macau, is suing The Sands for wrongful dismissal and for sullying his reputation, saying he was let go because he wouldn't follow the practice of catering to Chinese organized crime groups and also for refusing to allow the ongoing practice of influence peddling. The purpose of the hearing relates to jurisdiction in determining whether the full trial should be litigated in Nevada where the company's head office is located or in China.

Jacobs was hired by The Sands in 2009 to run the Macau operations, but was let go by the company in July of 2010. The Sands informed him he was let go for due cause in that he violated numerous parts of his contract, but Jacobs contends he was not fired for rightful reasons and thus filed a wrongful dismissal case against the Sands at the Cook County district court in October of 2010. The case was never heard until now as the Sands was successful in having the hearing delayed on numerous occasions. They tried to have evidence gathered from Jacobs tossed out and apparently they also wanted to ensure that Adelson wouldn't have to testify. In their defense The Sands released a letter in 2010 claiming Jacobs was fired for due cause including the following:

- He disagreed with Adelson on growth for the casino.
- He sold Las Vegas Sands stock without informing those in charge, as was required under his contract.
- He negotiated "arrangements" for Sands China and Venetian Macau without discussing it with the boards of those casinos.
- He was secretly working with Caesars for development sites, which The Sands claim exceeded his authority.
- He failed to obtain proper authorization before signing an agreement with Playboy.
- He traveled to Toronto three times to meet with Four Seasons officials without authorization.
- He negotiated agreements with Cirque du Soleil without authorization.
- He failed to agree on The Sands board meeting agendas, as he was required to do.

In his testimony on the stand Adelson said that Jacobs was fired for "35 transgressions".

Jacobs, on the other hand, claims that the reason the Sands really fired him was that he refused to play ball on illegal and immoral activities.

"He purposely tried to kill the company."

The first reason Jacobs claims he was let go was that he tried to stop gang members from infiltrating the casino. Jacobs said that he noticed that the Macau Sands was using Cheung Chi Tai, to run "junkets" for high rollers from Hong Kong and China, but he was very skeptical of the operation, saying that they were not profitable and he was concerned about Cheung's ties to organized crime. The practice involves "junket" operators bringing in high rollers from Hong Kong and mainland China to special VIP rooms at Macau casinos and the junket operator runs the room and receives up to 10% of the client losses. While not illegal, it is pretty much understood that the junket organizers are often connected to organized crime groups. Adelson claimed that Cheung was mostly a gambler and a minor player in the Macau operation, but Cheung's dealings with the company were highlighted in a 2007 filing on The Hong Kong stock exchange indicating it was significant. As for knowing about Cheung's background, Adelson seemed to suggest on the stand that he was unaware of it. However, Cheung was named as the head of the Wo Hop To triad gang in a 1992 U.S. Senate report and was being monitored by both the FBI and the Hong Kong Police for an attempt to have a dealer killed that Cheung said was cheating the casino. The company's relationship with Cheung, however, only ended after a Reuters report highlighting a study conducted by the University of California Berkley Investigative Reporting Program outlined Cheung's gang activities. There were concerns it could have some negative implications on The Sands operation, not to mention that the government in China warned the company to cut down on organized crime links. While Jacobs claimed that the junkets were unprofitable, Adelson stated on the stand that he believed Jacobs wanted to cut them to purposely ruin the company.

"He wanted to throw out 50%, 60% of the income by throwing out the junkets," Adelson said. "This was insanity. He purposely tried to kill the company."

It's uncertain whether The Sands in Macau still uses these junkets.

The second reason Jacobs claims he was fired is that he had Leonel Alves, a Macau legislator, investigated by internal lawyers and, after receiving their report, told him his services were no longer required. According to reports and documents submitted at the trial, Jacobs received an invoice for $700,000 from Alves, who was listed by the company as their consultant and lawyer, and unsure what exactly Alves did, he had company lawyers do some investigation into his position. The company's lawyers determined that Alves had 2 duties.

First, he represented The Sands in meetings, including applying pressure to Chinese officials. His other job was to smooth over situations where Adelson irritated Chinese officials with his coarse manners. The internal lawyers told Adelson and Jacobs that the compensation was way above the normal for such services. Plus, they were concerned his activities may violate U.S. bribery laws. Alves was also featured in a 2012 Wall Street Journal article, where the paper said that a University of California Berkley Investigative program acquired emails from Alves in 2009 proposing that the company pay USD$300 million to "someone high-ranking in Beijing" in a backdoor deal to help The Sands win local government approval to sell luxury flats in an apartment hotel in Cotai and to settle a lawsuit involving a Taiwanese businessman (Marshall Hao) who was suing The Sands for terminating a deal for a joint bid they made for a Macau gaming concession. According to reports, Alves used Ng Lap Seng, a member of the Chinese People's Political Consultative Committee to be an intermediary and courier to the Chinese government. Alves has since denied those claims. After firing Jacobs, Adelson called Macau and demanded he be rehired. In Jacobs' testimony he said that, while expressing concern that the payments could be seen by U.S. regulators as influence peddling, Adelson stated that he controlled the regulators, not the other way around, according to Jacobs' lawsuit. Jacobs also contended that Adelson constantly told him that he's the boss and just to do what he says, if he wants to keep his job. When asked on the stand why he believed the company lawyers agreed to look into Alves background and why they suggested he be let go, Adelson stated that he understood that Jacobs had studied hypnotism and he believed Jacobs had hypnotised the lawyer into looking into Alves. The comment apparently was met with laughs from the gallery.

The third reason Jacobs stated as to why he believes he was fired is that he tried to stop prostitution at the casinos. Jacobs contends that when he was hired in 2009 he launched "operation clean sweep" which was aimed at ridding the casino floors of loan sharks and prostitutes. Apparently Sands management told Jacobs to leave it alone because "the prostitution strategy was working well" and that Adelson knew of it and approved of it. Company lawyers have denied the claims saying that Adelson has always opposed prostitution.

The information is certainly damning to The Sands and both the DoJ and SEC are in attendance at the trial to see if charges should be brought against The Sands. Aside from what was laid out in court there have been reports that The Sands has been involved in activities which could be deemed money laundering. The Sands already paid the U.S. government $47 million in 2013 to settle a money laundering suit involving a Mexican drug cartel, but the accusations involving Chinese gamblers and organized crime leaders is much more serious. Some reports claim that lawyers wanted the suit settled out of court long ago, but that Adelson said that he was not willing to settle.

Apparently getting his pound of flesh from someone he views as disloyal and incompetent is more important than having The Sands' name dragged through the mud.

But Adelson also has not helped the company's cause by constantly stating things on the witness stand that had many ears perked. Aside from the hypnotist comment Adelson claimed, "This Jacobs never became important until he squealed like a pig to the government authorities and made up stories."  Of course, this is the type of language one would expect to hear from a Mafia leader, not a billionaire businessman.

Adelson also raised some eyebrows with comments he made after being asked if he'd heard of Ng Lap Seng.

Adelson also contradicted his own executives in his testimony, had long arguments with Jacob's lawyer and at one point argued with the judge (Elizabeth Gonzalez), prompting the judge to reply "Sir, you don't get to argue with me."

There's no doubt that at some point Adelson will wish he just settled the suit but the testimony is out there now for everyone to see and no doubt much more damning evidence will be laid out in a full trial. And if it is proven that The Sands was indeed involved in influence peddling, racketeering and cavorting with known criminals, The Sands could lose its license. It was for a similar reason that MGM had to relinquish its New Jersey license after they were told to cut ties with Pansy Ho, daughter of Stanley Ho, who authorities claim has connections to organized crime.

I reached out to several gaming lawyers for comment but only one responded and said he really didn't want to comment on the case as it was ongoing. He did, however, state that in his opinion the full trial should take place in Nevada since The Sands is an American company, Jacobs was hired in the U.S. and that the only way to ensure a fair trial was on U.S. soil.

OSGA will keep readers informed on any other developments in this case.