Ladbrokes withdrawal from Canada, follows several other UK online gambling companies, but thier departure may be a bit premature.

There was a bit of head scratching of late after Ladbrokes informed Canadian customers that they could no longer play there and had to withdraw funds prior to October 1. This news followed on the heels of Matchbook and Bet Fred withdrawing from the Canadian market earlier this year and Skrill/Moneybookers withdrawing as a payment processor for the Canadian market last year. It has many wondering what exactly is going on and more importantly which gambling operations are set to leave the Canadian market next. It's well understood that the Canada is a grey area since Canadian federal law allows only government agencies such as lottery corporations or racing commissions to offer gambling within Canada but there is nothing in the law that deals with offshore gambling or with the bettors themselves. And even within Canada, the first nation reserve of Kahnawake (located in Quebec) continues to host offshore gambling servers unimpeded. So the reason for the exodus remains a mystery.

One possible reason could be a legislative amendment introduced in parliament earlier this year aimed at strengthening Canada's laws regarding money laundering and terrorist financing, and as one would expect, that amendment included gambling. After the amendment was made public numerous offshore gambling companies emailed me worried whether Canada was going to follow the U.S.'s lead and try and block payment processing to offshore operations, but almost immediately after the legislation was announced the government clarified that the amendment with relation to gambling only applied to Canadian companies and specifically the various provincial lottery corporations. Still, some offshore companies remained concerned, particularly since the CEO of the Atlantic Lottery Corporation publicly blamed Bet365 for the drop off in interest in their sports lottery, and with all provinces either offering online casinos or preparing to offer online casinos there is belief that the Canadian government will want to "clean the street" to eliminate competition when all provinces go live with online gambling. This will be even more important once single game sports betting is legalized in the country.

But after speaking to l

awyers in Canada who seem to be well connected with federal government officials it's quite clear that laws pertaining to offshore gambling aren't even on the government's radar. The federal government in Canada seems happy with the current legislation which makes it illegal for offshore gambling companies to advertise real money products and with the implied agreement by the same companies that they will not advertise any related products. While there's nothing on the books that disallows .net advertising it seems that the companies have unanimously just agreed not to advertise any related products in an effort to stay under the radar. That's likely why Bet365, Bodog, Betfair and most recently PokerStars chose to withdraw all .net advertising as well as sponsorships. Bet365 withdrew its sponsorship of the CFL and its sponsorship of sports programs and Bodog, PokerStars and some other companies which were advertising their .net products have stopped almost all of their advertising as well. Even Party Poker which was being advertised on Canadian TV ad infinitum until recently seems to have more or less stopped advertising. It should be noted that someone connected to PokerStars emailed me that my Rumor Mill article suggesting that PokerStars was going to pull out of Canada was incorrect and Stars only withdrew its sponsorship from the Montreal event because they felt that sponsorships at this time went against their best interests (i.e. to abide by the new unwritten rules). 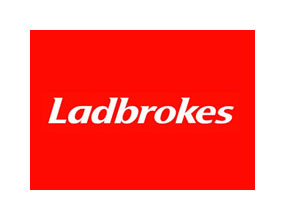 Thus it seems clear that Ladbrokes' withdrawal from the Canadian market had everything to do with the new UK Gaming Commission (UKGC) legislation and the hassles in proving that the company doesn't have at least 3% of its revenue from Canada. In fact, Ladbrokes only has about 0.5% of its revenue from Canada which is likely the reason it withdrew without a fight. After all Ladbrokes' revenue is declining and unlike other UK based companies, Ladbrokes never tried any real marketing in Canada. So for the few Canadian customers it has it was easier to just cut them off since it would have no real effect on their bottom line. No doubt if they had a large customer base they wouldn't have left so willingly. In fact they may have been looking for the door anyways and this just gave them a reason. Companies like Bet365, William Hill and Betfair, on the other hand, have a real Canadian presence and while it's uncertain whether revenue from any of those places is 3% or not, what is certain is that the revenue is significant enough that they don't want to lose those customers. Bet365 has an enormous Canadian customer base thanks to its prior sponsorship of the CFL; its acquisition of Canadian accounts from BetWWTS after the passing of the UIGEA; and their voluminous past advertising. But since Bet365's revenues are almost $1.3 billion there's no way of knowing if $39 million or more comes from Canadian accounts, although chances are it does.

Nevertheless, Canadian Bet365 customers were almost certainly feeling a wave of relief when they logged into their accounts last month and received a notice that a subsidiary company will be taking over their accounts and while it has no bearing on their accounts or wagers Canadians still had to accept new terms and conditions. The reason for the new terms and conditions are clearly as a way to show the UK government that Bet365 are taking the new regulations seriously and also to separate the UK gamblers for tax purposes. It should be noted that Bet365 also has a great relationship with the UK government since they provide an enormous amount of tax revenue and because unlike other companies Bet365 never moved their operations outside of Britain and have always paid taxes on sports winnings. William Hill also informed customers that they had to agree to new terms and conditions on October 1st although the terms and conditions were never released, but non UK customers received a follow up notice that the new terms and conditions are being pushed back to November 1st. The reason for this is that the UKGC decided not to implement its new regulations until November 1st to allow for the lawsuit waged by Gibraltar to be settled. Other companies like Stan James and Sportingbet have not indicated what they will be doing and Skybet (one of the largest companies in the UK) never accepted Canadian accounts.

There is one other reason for offshore companies and Canadian bettors to be less concerned and that has to do with the federal government itself. There's no question that the current Canadian Conservative government led by Stephen Harper has indicated some interest in revisiting laws related to personal choices and the Harper government has been strongly supportive of the U.S. government even leading some to believe that the White House dictates many of Canada's decisions. But there is a federal election in Canada in 2015 and the current polls indicate that Harper will lose by a wide margin to the Liberal party led by Justin Trudeau, son of former Prime Minister Pierre Trudeau. In the last poll Trudeau had 44% of the votes compared to only 28% for Harper and the gap is widening with each poll. And while the Conservatives may be, well, conservative, the Liberals are indeed far more Libertarian. In fact Justin Trudeau indicated that he was open to the decriminalization of marijuana and even said he smoked it after being elected which in turn led to the Conservatives to launch attack ads at Trudeau for those comments. Ironically the majority of Canadians have indicated they support the decriminalization of marijuana for personal use which only served to increase Trudeau's lead. And by all accounts Trudeau is open to any issue that he deems to be an individual's choice. In fact Trudeau told potential Liberal members that they would have to sign an agreement that they support a woman's right to choose if they want to remain in the party leaving anyone who disapproves of abortion on the outs. Trudeau never actually addressed the issue of gambling but it's safe to say that Trudeau will take a similar stance in that area as he has on all other issues which he deems "individual choice."

So it seems that the run for the exits by some companies may indeed be premature. With no law relating to offshore gambling anywhere on the government's radar, with a pending election which will almost certainly bring in a more Liberal Prime Minister; and with the UKGC seeming uninterested in going after any company that wants to continue to cater to grey markets there's really no reason to make any hasty moves. And that is a welcome relief to bettors in Canada and to the offshore companies which rely on their business.