One of online gambling’s first antagonists passes away

The passing of former U.S. Attorney General Janet Reno closes a chapter in time when the U.S. targeted online gambling operators, including WSEX and WWTS.

The year was 1996 and several sportsbooks were offering phone betting on games to North American clients. Gary Bowman moved from Toronto to Manchester, England and opened Bowman's International, Bill Scott moved from Ohio to Antigua and opened World Wide Teleports (WWTS), Steve Budin moved to Costa Rica to start SDB Global and the list goes on. Of course, there were also many scam operations such as Top Turf and Dial-A-Bet, but for the most part the offshore operations were legitimate and Americans loved the opportunity to bet with a company licensed in a real jurisdiction rather than betting illegally with a local bookmaker, who could take off with their cash or be arrested at any time. And because betting was done on the phones only and the number of operations were small, there was no anxiousness on the part of the United States government to curtail it.

Things, changed however, in 1996 when the Internet became a viable form of communication. The Island of Antigua which had set up a tax-free environment for offshore gambling 2 years priors and attracted companies like World Wide Telesports and Post Time Sports exploded with requests for licenses from companies who weren't interested in phone betting, but were in internet wagering. Intertops moved their operations from Austria to Antigua to better target the North American market, World Sports Exchange set up a unique stock market type sportsbook and dozens of other sportsbooks and casinos paid the $100,000 license fee to Antigua for the opportunity to offer their products to North American gamblers. And the phone only books at the time, like World Wide Telesports and Sports Market, moved to an internet platform as well.

This new form of wagering naturally caught the eyes of the U.S. government and Arizona Republican senator John Kyl introduced a bill that he hoped would stop the activity in its tracks. The bill called the Internet Gambling Prohibition Act was aimed at both gambling operators and bettors and would jail anyone who gambled online. The Democrats, however, were in power at the time and were informed that if they didn't address the issue it could cost them support both in Congress and with the public so in 1998 Attorney General Janet Reno issued arrest warrants against six offshore operators which included World Sports Exchange (owned and operated by Jay Cohen, Steve Schillinger and Haden Ware), Winners Way (owned and operated by Kerry Rogers), Galaxy Sports (owned and operated by Bill Moore), SBD Global (owned and operated by Steve Budin), Island Casino (owned and operated by Al Ross) and Real Casino whose owners were unknown. In issuing the charges Reno stated the following:

''The Internet is not an electronic sanctuary for illegal betting. To Internet betting operators everywhere, we have a simple message: You can't hide on line and you can't hide offshore.'' 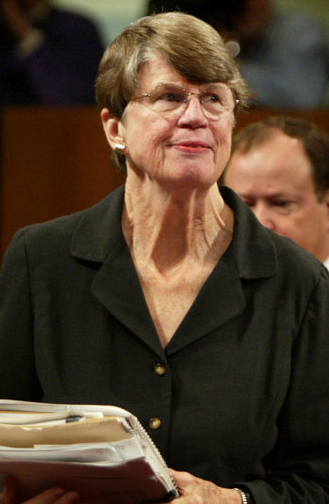 Not long after several other offshore sites were charged by the Attorney General as well including World Wide Telesports where both Bill Scott and Jessica Davis were named in the charges. It was clear that Janet Reno believed that trying to arrest gamblers themselves would be suicide, but gambling operators were fair game.

The message was loud and clear and the majority of those charged returned to the United States and pled guilty thereby paying a fine and avoiding jail time. Bill Scott and Jessica Davis chose to ignore the charges and continued to run WWTS, indicating they had no intention of ever setting foot on American soil again and Jay Cohen chose to return and fight the charges. Cohen's case is well documented and, despite a valid defense, he was found guilty and spent a few years in jail.

The question of course is whether things would be different had Reno not issued the charges when she did. And the answer is maybe. Internet gambling was flourishing and according to sources I spoke to at the time they were preparing to come up with a strategy to address any charges or attempts to stop them by the U.S. government. And given time they would have pooled their resources and come up with a team of crackerjack international and U.S. lawyers who would hopefully have been more persuasive in the courts. But the immediacy of the charges thwarted that opportunity and in the end the operators did what they thought was best for them at the time.

Make no mistake Cohen's lawyer did a great job arguing his case, but his prestige just wasn't the same as the Alan Dershowitz or Johnny Cochrane's of the world which had a way to sway juries. As well when I asked Cohen if he had any regrets, Jay stated that he didn't regret returning to fight the charges because to this day he believes they did nothing wrong, since Antigua was a sovereign country and they were following Antiguan law, but rather his error was in trusting that the courts and DoJ to give him a fair trial. Every pundit agrees that Cohen was already found guilty as soon as his plane landed on U.S. soil. The arguments and the facts were irrelevant. This was political, it was close to an election year and since Cohen was the only one willing to fight the charges, the DoJ was going to ensure he was made an example of. And this was proven to be the case when, after Cohen finished with his defense, the judge directed the jury to ignore Cohen's defense since it was irrelevant. Cohen never believed in a million years that type of disregard for due process was possible in the United States.

Reno's actions were also directly responsible for Antigua deciding to take on the U.S. government in the WTO courts for ignoring a GATS agreement. Antigua decided this had to be done to protect their industry considering the warrants issued to Cohen and Scott, but like the Cohen case, the facts didn't matter. And despite being found guilty by the WTO courts the U.S. ignored that decision and did everything in their power to ensure the inevitable failure of the Antiguan government with respect to the industry. It must be noted that Curacao, Costa Rica, Belize and even the United Kingdom licensed operators to take bets from the U.S. but none of those jurisdictions was ever directly targeted by the U.S. government because they stayed low and didn't challenge the American government. As one lawyer said to me "the DoJ and USTR wanted to make sure that the Antiguan government was ruined by attacking their financial systems, their trade systems and their political system because Antigua dared to dis' them." And while George Bush and the Republicans were mostly responsible for the eventual demise of the offshore industry stateside, thanks to the passing of the UIGEA, none of it would have occurred had Reno not issued her first arrest warrants.

Many gamblers long for the early days of internet betting when depositing and withdrawing was easy, when bonuses were plentiful and when the choice of places to wager were substantial, so no doubt they won't be crying many tears at the passing of Janet Reno. She was clearly one of the first antagonists to internet gambling and has a place in the annals of U.S. gambling history.