On November 2nd, voters in New Jersey will be able to answer a ballot question to include local colleges and in-state NCAA events to the betting menu.

N.J. voters to decide an expansion of sports betting in the state

Tomorrow New Jersey residents will go to the polls to decide on whether to allow betting on college games played in state or involving New Jersey teams. This vote will allow NJ residents to join citizens in other high-volume sports betting states, like Nevada and Pennsylvania, where sportsbooks take action on local college teams or NCAA tournaments played in the state.

The New Jersey constitution requires that any changes to a law requires a voter referendum, and that includes gambling. It was for that reason Governor Chris Christie happily signed the sports betting bill put to him in 2014, after citizens voted three to two to allow sports betting in the state, but he only reluctantly signed the Internet wagering bill the year prior because he was concerned it could be unconstitutional as it didn’t go to a ballot. Legislators were able to convince him that online gambling was just another form of betting in Atlantic City, which was already legal.

The ballot question on November 2nd according to NJ Spotlight News will state the following:

PUBLIC QUESTION NO. 1
CONSTITUTIONAL AMENDMENT TO PERMIT WAGERING ON ALL COLLEGE SPORT OR ATHLETIC EVENTS

"Do you approve amending the Constitution to permit wagering through casinos and current or former horse racetracks on all college sport or athletic events?"

This amendment would allow the Legislature to pass laws permitting wagering on any college sport or athletic event. It would permit wagering even if a New Jersey college team participates in the competition. Such wagering would be permitted only through casinos and current or former horse racetracks.

According to most polls, the state is pretty much split on whether they want to legalize in state betting. I'll look to debunk the myths that propelled the "no in-state NCAA betting" clause in the original New Jersey law below and provide reasons as to why the answer to Public Question #1 should be YES.

When New Jersey decided to license and regulate sports betting in 2018 they put in a rule which excluded games involving New Jersey college teams or NCAA games that take place in state. The argument was that allowing betting on such games is risky, since students might be tempted to bet on their own games, which is clearly against the rules, or worse yet, to fix games in order to profit. While this may seem like a legitimate concern on paper, numerous studies have shown that the risk is very low.

The last two famous NCAA game fixing scandals took place in 1961, when over three dozen players were implicated in a nationwide game point shaving scheme, and prior to that, another famous scheme took place in 1950 to 1952, when dozens of players were implicated in a basketball point shaving scheme. All the bets at that time involved mobsters and wagering among illegal bookmakers. There was no evidence of any of the bets being placed in Nevada, the only legal place to bet at the time in the U.S.

In recent years, however, the number of cases of suspected cheating have gone down and that is likely due to companies like Sportradar, who hire experts to go through all game film, highlight any suspicious plays, and provide the information to teams and leagues to determine if any investigation or disciplinary action is warranted. Moreover, almost every sports league now has a memorandum of understanding with legal and offshore sportsbooks to report any suspicious betting activity. Add to that the sophisticated software that licensed and regulated sportsbooks use to know their customers and it is extremely difficult for cheaters to get away with their schemes.  This same software can also identify individuals who are illegally wagering on their own games. Consequently, unlike the 1950s or 1960s when players could fix games almost unnoticed, today students must weigh the benefit of losing their futures for a scheme that they know they will likely never get away with.

When game fixing among students did occur in the past, it almost always involved star players. There is little that a substitute shooting guard or a lesser football player can do that will influence the score,

but if a top star college player like Trevor Lawrence, DeVonta Smith or Luka Garza purposely plays poorly, it could absolutely affect the score. Analysts have always contended that star players would never jeopardize their career unless they were broke and had no choice, so the solution was to let players profit from their name.

NCAA schools have long rejected that option saying that players were fairly compensated with free tuition and boarding, but earlier this year the NCAA gave in to mounting pressure and passed a rule allowing players to profit from the name, image and likeness (NIL) although states have the right to opt out. So far, some states have held their ground, but it is a consensus that all states will allow players to profit at some point. New Jersey is one of the states that have written a law (Fair Play Act), to allow students to profit from NIL. This means that star players will get royalties anytime their name is used on a shirt, video game, billboard, advertising etc. and with this revenue there should be no reason for any star players to look elsewhere for funds to survive and therefore the risk of game fixing is far lower than ever.

New Jersey universities are not a real threat for scandals

While states like Florida, Michigan, Tennessee, Alabama, etc. have powerhouse teams, New Jersey’s teams are all fairly weak athletically. Rutgers is the only Division 1 team in college football and Seton Hall, Princeton and Fairleigh Dickinson are the only ones that can qualify for March Madness. Not surprisingly these teams don’t 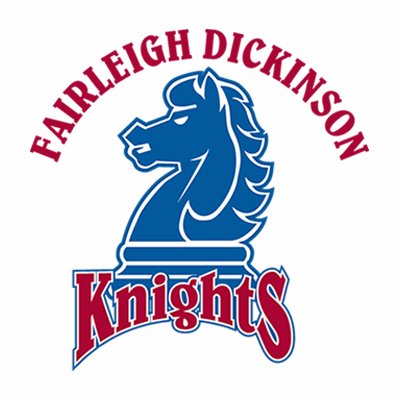 get much in terms of betting action or even fan attendance and no sportsbook would take major action on their games. But, sports betting in the state could change that in a positive way. There is no question that betting is the one thing that turns someone from a casual observer to someone with a real interest in the game, and since all games are broadcast somewhere on local TV, betting could spur more viewership, or even in person attendance, which will only boost school revenues. More importantly, New Jersey occasionally is granted some regional tournaments and it would only be a boon to those tournaments if local residents could wager on those games and gain a vested interest.

There is nothing that lawyers, politicians, and heads of academia hate more than inconsistent and confusing rules. When New Jersey allowed casino gambling, but was denied the right to offer sports betting in the 2010s due to an ill-thought-out decision to opt out of PASPA in 1991, the state fought leaps and bounds to get that changed. The logic of legislators was that there was no reason whatsoever they should be denied the ability to offer sports betting when they offered every other form of gambling, yet other states were able to offer sports betting because they may have had a sports lottery at that time. Moreover, they argued that being denied sports betting hurt land-based casinos and racetracks who were desperate to get that revenue to survive. In courts, the common word that was used was "consistency". As it stands now, New Jersey’s laws are still inconsistent.

It makes no sense for people to bet able to wager on professional, in-state games and college games in other states, yet continue to be denied the ability to wager on college games that take place in state. By agreeing to allow betting on all sports without restrictions then the laws become clear and concise, and a great deal of money will be saved in court costs among legislators trying to decide whether a bet was made legally or not.

I asked a friend who works at DraftKings how many bets are placed on in-state games and while he didn’t have a concrete number, he said it was substantial. He estimated that basketball games involving the Hoosiers will get at least five times as much action from Indiana residents than games involving teams in other states.  He also suggested that action from Tennessee residents on Tennessee football teams is massive. For that reason, many of the states that currently do not allow in-state wagering are reconsidering that decision and at least two are looking at referenda to determine if citizens want the rules amended.

There are many valid reasons for those states to make the change, and it is for those same reasons that New Jersey residents should vote YES on Public Question #1.