Betting tips for the NBA and NHL playoffs 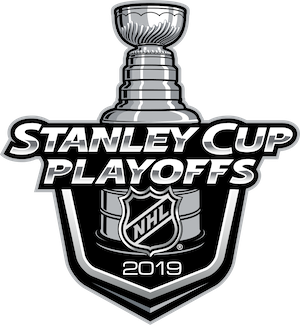 During the 2016 through 2018 Stanley Cup Playoffs, lower seeded teams playing in the first 2 rounds of playoff action have won 12 of 36 series.

During this current postseason, lower seeds have captured 4 of 7 first round series. Additionally, the #1 seeds in first round action have lost all 3 series which have been completed, and another between Carolina/Washington is currently deadlocked at 3-3. All in all, #1 seeds in 2019 have gone a dismal 6-15 at this juncture.

Let’s put those results into proper perspective, and in turn compare them to that of the NBA Playoffs. From 2016 through 2018, NBA Playoff higher seeds have dominated by winning 30 of 36 series played during the first 2 rounds. During that precise time frame, #1 seeded teams have gone 32-6 (84.2%) in first round games. Conversely, NHL #1 seeds have gone 39-27 (59.1%) over that identical span. Keep in mind, under the most current NHL Playoff format, there are four #1 seeds compared to 2 in the NBA, hence a greater amount of games being played.

Now let’s get serious and focus on money making opportunities against-the-spread. I’m going to broaden the betting parameters to how NBA #1 and #2 seeds do during first round action. Since 2016, those top 2 seeds have gone an extremely profitable 49-25 ATS (66.2%) as favorites during 1st round games. There’s not only little suspense on who might win those matchups, but these games also present a high probability of which teams will cover.

If you are looking ahead for additional money-making opportunities, those top 2 seeds have gone 16-11 ATS (59.2%) as favorites during 2nd round games. Not quite as productive, but certainly a winning percentage that’s more than acceptable.

I had to look twice in disbelief after running this specific query through my NBA handicapping software database. Since the 2016 NBA Playoffs, and up to the time of this writing, NBA Playoff road favorites have gone a remarkable 37-14 ATS (72.5%). Going one step further, if those road chalks were laying 6.0-points or more, they improved to 12-2 ATS (83.3%). I’m sure there are plenty of squares who are grinning from ear to ear after reading this. Just be forewarned, it’s just a matter of time before this thoughtless betting system cools down.

I must remind you, all the NBA and NHL postseason betting data I’ve presented in this article reflects playoff games played since 2016. That’s not to say there’s no credence in what these results have shown. Nonetheless, it’s a relatively small sample size of ascending money line and ATS betting algorithms. In my professional opinion, the parameters are just too straightforward to withstand the test of time at such a highly successful rate. If you put the proverbial gun to my head, and in regards to profitable long-term results, I would prefer intelligent calculated risks on Stanley Cup money line underdogs supplying a better return on investment, compared to that of betting NBA postseason favorites.