Vegas is the hottest team in the NHL at the moment and have stormed into first place in the Pacific Division. Can Winnipeg slow them down Friday night?

The Vegas Golden Knights have been an absolute tear in winning nine of 10. There play is reminiscent of their maiden season two years ago when they stunned the hockey world and those in sports betting by making it all the way to the Stanley Cup Finals.

After a pedestrian 9-9-3 start, Vegas has found an offensive rhythm and has scored 3.7 goals a game in this stretch and moved up to 12th in the league in scoring.

Defensively, the Golden Knights are also 12th, which is rather low for teams expected to make the playoffs. Part of their problem is a leaky penalty kill unit, which is 22nd killing off opposing teams power plays and 26th in goals allowed. Vegas may have surged to first place in the Pacific behind leading scorers Max Pacioretty and Mark Stone, but they won’t last long in April unless they tighten up as penalty killers.

The NHL odds at industry giant BookMaker have Vegas as -135 road favorites.

Winnipeg is only 5-4-1 in their last 10 outings and is eight long points away from third place in the Central Division. The Jets situation is further complicated as there are five clubs in the Western Conference within two points of one another fighting for two Wild Card spots. And Winnipeg and Arizona have played one or two more games than the competing teams, which is ground they cannot make up. 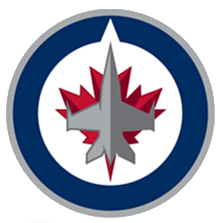 Two years ago, the Jets went to the West Finals with what appeared to be an unstoppable offense that kept the pressure on opposing teams and they frequently played like they had a man advantage all game long.

However, it was Vegas who solved that style and Winnipeg has not been the same since despite the efforts Mark Scheifele and Kyle Conner.

During the Knights impressive play, nine of those skirmishes were on home ice. This conflict starts a five-game road trip and they are only 2-7 having won four of their last five. Let’s take a flyer for NHL picks on Winnipeg who is 26-7 at home after two or more Under’s.