Now that the Avalanche have been crowned Stanley Cup Champions, the NHL focuses on the draft this Thursday.

It was fun times in Denver for the Stanley Cup as last Wednesday, the Colorado Avalanche took the Cup to Coors Field. There, North American sports’ most famous trophy took the mound for the ceremonial first pitch against the Los Angeles Dodgers. 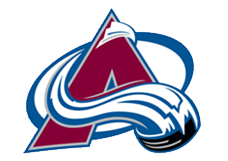 The very next day, it was paraded down 17th street in downtown Denver, going from Union Station to Civic Center Park in front of an estimated crowd of half-million fans.

. . . and two fans, Kit Karbler and Dmitri Rudenko, received some "me time" with the Stanley Cup when it was accidentally delivered to their house.

The two are the neighbors of Avalanche captain Gabriel Landeskog, and a large "poorly-placed" tree made reading their house number challenging for the keepers of Cup. Thus, wrong house. Karbler said of the accidental delivery, "I was just so happy to have the Stanley Cup in our driveway."

It's no surprise that the Avalanche are favored to repeat, priced at 4-1, or +400, according to Stanley Cup odds.

While the Avs are celebrating this past season for several more days and weeks and months, the rest of the league, including the front office of the 'Lanche, turned to the future, it's the NHL Draft, beginning Thursday in Montreal.

There's a large consensus regarding the top pick in the draft, the pick belonging to the Montreal Canadiens. Shane Wright is the best and "completest" player available in the selection, and the Canadians need a centerman, which is where Wright plays.

Wright is certainly saying the right things as he prepares his NHL career. The 18-year-old says, "My mindset isn't to win scoring titles, it's not to win MVP awards, it's to win Stanley Cups."

This past season in the OHL, playing in 63 games, Wright, a native of Burlington, Ontario, had 94 points (32 goals and 62 assists).

He's the wagering favorite, according to NHL Draft odds.

The second pick in the draft belongs to the New Jersey Devils. Expectations are that they will select winger Juraj Slafkovsky, He was, having turned 18 this past March, younger than any other player at the 2022 Winter Olympics. Regardless, he earned MVP of that tournament for the bronze medal-winning Slovakians.

He’s a great goal scorer, with the size, reach and physicality on both ends of the ice. Along with his showing at the Olympics, he did lead Slovakia to the IHF World Championship, and he’s been playing in the top professional league in Finland.

If the Canadians pass on Wright for some reason, then he’s probably off to Jersey. Howver, nearly every hockey analyst agrees that Wright-Slafkovsky are the overwhelming favorites to go one-two Thursday.

If the form holds, and the tandem of Wright and Slafkovsky are indeed the first two picks, look for the Arizona Coyotes to select centerman Logan Cooley. He is going to play at least one season at the University of Minnesota before beginning his career. At the 2022 IHF World Under-18 Championship, the now-18-year-old (in May) had 10 points in a half-dozen games, showing that he’s already a great scorer.

This past season with the USA Hockey National Team Development Program, he scored 75 points in 51 games.

Considered the best defenseman in the field, then 18-year-old Simon Nemec could go here if the Coyotes decide to pass Cooley. Nemec's been playing in the top professional league in Slovakia. He finished this past season with 26 points in 39 games.

Another who could go here is 18-year-old defenseman David Jiricek, who played at the IHF World Junior Championship for Czechia this past tournament. He’s a big player, standing six-foot-three. However, Jiricek was limited to just five games at the World Championship because of an injured knee.

If the Coyotes do take Cooley, as expected, Nemec is projected to go to the Seattle Kraken with the fourth overall pick, Jiricek to the Philadelphia Flyers at fifth overall.