Handicapping tips, betting advice and wagering angles for the NBA Finals, with a look at the series price and game totals. 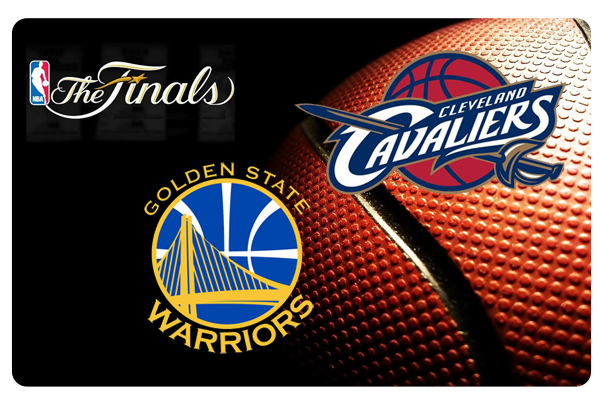 The Golden State Warriors and Cleveland Cavaliers collide in the NBA finals for the 3rd consecutive year. Both have won the NBA Championship with Cleveland winning last year's title after trailing 3 games to 1. Record-setting offensive performances by the two best teams has created much anticipation for this year's NBA finals as both teams enter healthy, rested and ready for the finals rubber match.

Warriors forward Draymond Green was suspended for Game 5 last year after a Flagrant 1 foul against LeBron James. He had two other flagrant fouls during last year's playoffs which caused his suspension for a third in the NBA Finals. Green was a plus-71 in the last two NBA Finals prior to the suspension, serving as the heartbeat of the Warriors defense and a critical playmaker on the other end of the court.

The Warriors had the best record in the NBA during the regular season at 67-15. That includes 36-5 at home after going 39-2 at home each of the two previous seasons. Golden State is 12-0 in this year's playoffs, and 8-4 against the spread (ATS). As a single-digit favorite in this years playoffs, the Warriors are 5-0 ATS.

At leading offshore sports book BookMaker, the NBA finals series price shows Golden State as a prohibitive favorite. While that price may seem excessive with Cleveland taking some money as underdog, the Warriors have earned the right to be deemed a dominant favorite between two Class A teams.

The leading offshore sports books have a posted total of 225.5, but in Las Vegas, the Game 1 total is higher at 226.5. Note that in last year's NBA finals between these two teams, the highest posted total was 211 points (Game 1), and the over/under for the series was 2-4-1 (two 'overs'). The highest scoring game of the entire 7-games series was 216 points. The Cavaliers scored 89, 77, 112 and 93 points in their four road games at Golden State. The 112 points was of course Game 5 when Warriors forward Draymond Green was suspended, and the Cavaliers turned that critical player absence into the momentum needed to rally for Game 6 and deciding Game 7 wins.

"The total is much higher to start this year's finals, bettors are clearly paying a premium."

Despite the stats and scoring info below, perhaps this will point out how inflated the Game 1 total is despite the increased scoring this season and in the playoffs.

The Warriors most recent five playoff games all went over the total against San Antonio (sweep) and the Game 4 closeout versus Utah. Golden State is averaging over 118 points per game (PPG) in this year's playoffs, while the Cavaliers have averaged more than 116 PPG going 12-1 in the playoffs and 9-4 ATS with 9 of their 13 playoff games going over the total.

So you can see why the total is much higher to start this year's finals, but you're also clearly paying a premium at the sports books to bet over the total.

In the 2015 Finals, the Cavaliers had star point guard Kyrie Irving for just one game. His injury along with the absence of Kevin Love left LeBron James without the added scoring of the Cavs Big 3. The Warriors won that series in six games for the franchise's first title since 1975.

In the 2016 Finals, Warrior's star guard Stephon Curry was less than 100% as he battled through a knee injury. Golden State was still dominating the Finals until Game 5 when Draymond Green's suspension turned the series around. LeBron James wrapped up his Finals MVP with a 27-point performance in Game 7 and Kyrie Irving hit a go-ahead 3-pointer in the final minute to lift the Cavaliers to their first-ever NBA championship. The loss by the Warriors in Game 7 was the third straight after leading 3 games to 1, and the Warriors first 3-game losing streak in the two-year Steve Kerr coaching era which included a NBA-record 73 wins during the regular season last year.

Now coach Kerr is sidelined with severe back pain, and Mike Brown is the Warriors nterim coach. Fortunately, the sub-par coaching of Brown and Cleveland's Tyronn Lu won't be getting headlines. Recall however that Brown was fired as Cleveland's head coach in 2010, rehired by the Cavs in 2013 and fired again in 2014.

Now the Warriors try to reclaim the title with the Big 3 of Curry/Durant/Green as Kevin Durant has added more firepower to the Warriors explosive offense. Add in another All-Star in Klay Thompson and a deep bench, and the Warriors are absolutely rolling with a playoff-record 12-straight wins and 27-1 in their last 28 games. Golden State has out-scored their playoff opponents by 16.3 PPG this year; the highest ever in the playoffs. Golden State also scored 113, 136, 120 and 129 points on a San Antonio in the Western Conference Finals 4-game sweep. The Spurs ranked No. 1 in defensive efficiency during the regular season. The Cavaliers ranked No. 22. Cleveland is 12-1 in these playoffs outscoring opponents by 13.6 PPG with their only loss in Game 3 of the Eastern finals when LeBron James was battling an illness and scored just 11 points.

The Cavs have their own Big 3 with James/Irving/Love all healthy. James is playing in an unprecedented 7th straight NBA Finals, and he's earned three NBA Finals MVP Awards. It will still take another remarkable effort to take down the Warriors, who have the superior defense and record-setting scoring.

As I noted in a previous article, we'll have some solid situational support to play 'under' the total as this series goes deeper into Games 5, 6 or 7. That's a big if the way the Warriors are playing and scoring, as the match-ups and Cavaliers defensive stats suggest Golden State should continue to pile up playoff points.

This year's Warriors and Cavaliers match-up also features the best two offensive teams to meet in the Finals in 25 years. Still, Game 1 provides value under the total and note these teams have been off for a week which could disrupt some of the offensive rhythm that has been so explosive in the playoffs. Since 1991, NBA Finals totals are 60-85-3 over/under (85 unders). Combined with familiarity, determination and defense on the Warriors side, Golden State appears too dominant even for Cleveland, with both the series price and game totals inflated to reflect recent playoff game results.