The National League Central Division witnessed two of their five teams qualify for last year's postseason. St. Louis finished two games ahead of Milwaukee for the division's top spot. Based on the 2020 NL Central Futures odds at BetOnline, four of the 5 teams have odds of +225 to +350. A lone exception being the Pittsburgh Pirates who are an extreme longshot of +10,000. It speaks volumes to the parity in this division.

The St. Louis Cardinals franchise has been a model of consistency. The Cardinals head into 2020 having put together 12 consecutive winning seasons in a row. During that time span, they made the postseason seven times, and captured five NL Central Division titles. 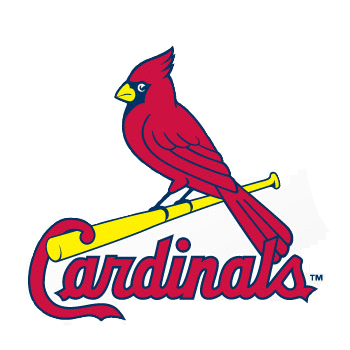 The Cardinals offensive attack will rely heavily on 1st basemen Paul Goldshmidt. The 31-year-old veteran enters his second season with St. Louis after spending the first 8 years of his career with Arizona. Goldschmidt will look to avoid last year's dreadful start. Nevertheless, in spite of that, he still finished the regular season with a team leading 34 homers and 97 runs batted in.

The Cardinals starting pitching staff is a good one from #1 through #5 in the rotation. St. Louis is hoping 24-year-old Jack Flaherty will take the next step after going 11-8 in 33 starts with a 2.75 ERA and 0.97 WHIP in 2019. Since being called up from the minors in 2017, Flaherty has gone 19-19 in 66 starts with a stellar 3.20 ERA and 1.06 WHIP. The right-handed hurler has obviously pitched much better than his win/loss record may indicate.

The same can be said for 25-year-old Dakota Hudson, who was 16-7 in 32 starts a season ago. What's even more encouraging is it was Hudson's first season as an MLB starter.

The grizzled veteran Adam Wainwright returns for his 16th major league season, which have all been with St. Louis. Wainwright grinded out a respectable 14-10 record in 31 starts last year. He also pitched very well 2 postseason starts and 1 relief appearance during which he gathered an excellent 1.62 ERA over 16 2/3 innings of work.

The Cardinals will probably have a fluid situation regarding who their closer will be. The choice will most likely come down to veteran southpaw Andrew Miller or righty Giovanny Gallegos. Neither pitcher was good in a closing capacity last season. The two combined to go a poor 7-15 (46.7%) on their save opportunities.

The Cubs are coming off a disappointing 84-78 season in which expectations were so much higher. As a result, Joe Maddon was relieved of his managerial duties. The Cubs were 471-339 (.581) during Maddon’s 5-year tenure which included three postseason appearances and a World Series title in 2016. Former Cubs catcher David Ross was named as the 61st manager in franchise history.

The Cubs should once again be a dynamic offensive team. As a matter of fact, six of their expected first 7 batters hit 21 home runs or more in 2019. Chicago is hoping third basemen Kris Bryant can return to the form he displayed in his first 2 MLB seasons when he hit 65 homers, drove in 201 runs, and batted .284.

This season's Cubs starting pitching staff has an opportunity to be special. Jon Lester will be their ace and, since coming to the Cubs organization in 2015, he's gone 74-41 in 159 starts. Lester is getting up there in age, but he's been durable throughout his career while making 31 starts or more during the previous 12 seasons. 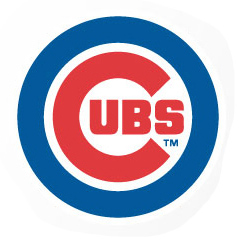 Kyle Hendricks has been one of the more underrated starting pitchers in baseball during his 6-year career which have all come with the Cubs. Throughout that time frame, Hendricks has gone 63-43 in 162 starts with a shiny 3.14 ERA.

Craig Kimbrel will be the closer and Cubs fans hope he fares much better than his abbreviated 2019 season that saw him post a large 6.53 ERA in 23 relief appearances. Kimbrel held out over half the season as a pending UFA before the Cubs ultimately signed him to a massive contract. During the prior eight seasons before last year, Kimbrel registered 31 saves or more on each occasion.

Cincinnati was an uninspiring 75-87 a season ago. I'm very fond of the two players they brought in at the trade deadline. They acquired shortstop Freddy Galvis from Toronto who had 23 home runs and 70 RBIs last season. Additionally, the Reds obtained right-fielder Nick Castellanos from Detroit. During his last three seasons, Castellanos has averaged hitting 25.3 homers and drove in 87.7 runs per season.

The Reds also picked up 3rd basemen Mike Moustakas via free agency during the offseason. Moustakas is coming off arguably his best MLB season last year in which he hit 35 homers and drove in 87 runs. 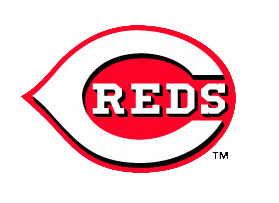 Joey Votto returns for his 14th MLB season all of which have been spent with the Cincinnati Reds. The 36-year-old 1st basemen is a .307 career hitter and has knocked in 100 runs or more on 3 separate occasions.

The real star for Cincinnati over the last 2 seasons has been power hitting 3rd basemen Eugenio Suarez. During that time, Suarez smashed 83 homers and drove in 207 runs. Suarez will have a lot more protection around him than he's been accustomed to, and it may potentially result in a monster season for the Venezuelan born 28-year-old.

Cincinnati has assembled their best starting pitching staff in recent memory. It starts with their ace Luis Castillo, who went 15-8 with a solid 3.40 ERA in 32 starts last season. Sonny Gray was surely glad to get away from the bright lights of Yankee Stadium and it showed in his first season with the Reds. Gray had an outstanding 2.87 ERA in 31 starts for Cincinnati and his 11-8 record doesn’t reflect just how well he pitched.

The rest of the starting rotation makes for quality depth with proven veterans Trevor Bauer, southpaw Wade Miley, and Anthony DeSclafani. Those three hurlers have combined to win 191 games during their MLB careers.

Raisel Iglesias has been very good as a closer for the Reds since assuming that role in 2016. During that span, Iglesias has converted on 98 of his 112 save opportunities (87.5%).

Milwaukee had a 89-73 record which was good for second place in the NL Central Division standings a season ago. While doing so, they secured the National League's final wildcard spot. Unluckily for them, they squandered a late lead at Washington in the wildcard game and were eliminated from postseason play.

The Brewers best player over the past two seasons has been unequivocally Christian Yelich. During that duration, his offensive stat line is a .327 batting average, 80 homers, 207 runs batting in, and he's 52-58 (89.7%) on stolen base attempts. Yelich needs to once again manufacture that kind of production for Milwaukee to contend.

Milwaukee is hoping leadoff hitter Lorenzo Cain returns to the form he displayed in 2018 which was his first as a Brewer. During that campaign, Cain had a .308 batting average, an outstanding .395 on-base-percentage, and amassed 30 stolen bases.

One player to keep a close eye on is 23-year-old 2nd basemen Keston Hiura. The youngster appeared in just 84 games last season as a rookie and collected 19 homers, 49 RBI’s, and had an outstanding .938 OPS.

The Brewers also added some power in the offseason by signing free agent first basemen Justin Smoak. Throughout his previous 3 years with Toronto, Smoak averaged 27.3 homers and 77.7 RBIs per season.

The Brewers are hopeful that right-hander Brandon Woodruff will elevate his game to the next level after an abbreviated, but stirring, 2019 season. Woodruff went 11-3 in 22 starts while posting a 3.62 ERA.

Milwaukee was able to get a hold of two new southpaw starting pitchers via offseason moves. Eric Lauer was 14-17 in 52 starts over the last two seasons with San Diego. What's promising about that attainment is Lauer being only 24 years of age. The other acquired asset is 11-year veteran hurler Brett Anderson. Despite being in MLB that for that extensive period, Anderson is still just 32-years-old. Anderson was 13-9 with a 3.89 ERA in 31 starts for Oakland a season ago.

Josh Hader returns as Milwaukee's closer. Hader is coming off a terrific season that saw him succeed on 37 of 44 (84.1%) of his save opportunities while collecting a 2.62 ERA and 0.85 WHIP. The 25-year-old left-handed reliever also struck out 138 batters in 72 2/3 innings pitch. Putting those numbers into proper perspective, Hader averaged 17.1 strikeouts per 9.0 innings pitched and that is a truly remarkable ratio.

Akin to how I've preceded on other MLB divisional futures articles, there’' no sense in spending much time writing about a team's chances that possess astronomical betting odds. While the rate of return versus investment is unquestionably enticing, the chances of collecting on such wagers are enormously improbable. 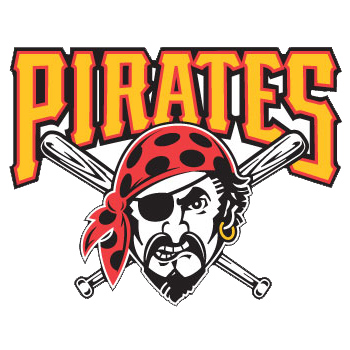 Pittsburgh went a dismal 69-93 last season and finished last in the division. I see more of the same in 2020 and wouldn't be shocked at all to see them drop 100 games or more.

Despite the grim outlook, the Pirates do have a potential star in 27-year-old 1st basemen Josh Bell. He's coming off a career best season in 2019, which witnessed him hitting 37 homers and driving in 116 runs.

None of the Pirates five expected pitchers in their starting rotation had a winning record last year. Additionally, each of those starters has a career win percentage of .500 or worse.

It's plausible to think that Keona Kela will be Pittsburgh's closer. The 26-year-old Kela will already be entering his sixth MLB season. The former UC-Irvine Anteater is 28-39 (71.8%) on his career save opportunities while compiling a solid 3.23 ERA in 228 relief appearances. The Pirates are hoping Kela can duplicate what he accomplished during the 2018 season with Texas when he went 24-25 (96%) on his chances to earn a save.

I can safely eliminate Pittsburgh as a possible division winner for reasons I already alluded to.

Milwaukee will be able to produce an ample amount of runs this season. However, I have little faith in their starting pitching rotation to succeed.

Contrarily, I like the St. Louis Cardinals starting pitching staff, but have minimal confidence in their ability to score enough runs on a consistent basis. Yet, they somehow always find ways to grind out wins and be in the mix. I wouldn't suggest making a bet on the Cardinals right now. Although, they might not be a bad option as the season progresses at a more appealing price.

The Cubs are the most talented team in the division on paper. Nonetheless, it remains to be seen how they perform under a first-time manager (at any level) in David Ross. Keeping that in mind, I'm not willing to take a risk at this early juncture.

Out of my six MLB divisional odds futures predictions, this will be the only one I can honestly admit to taking a flyer on. I believe the Cincinnati Reds are set up to surprise a lot of people in 2020, and my pick to win the NL Central will align with that sentiment.