LiveSports.ag has legitimate, ongoing slow payout claims that remain unresolved and on April 28th their gaming license was suspended.

Blacklist Notes: LiveSports.ag opened in 2015 as a small sportsbook in Costa Rica that was planning a move to Curacao and holds a Curacao gaming license. They started out solid and seemed to have a good model, with almost zero problems in their first year. But, like many newer sportsbooks, LiveSports ran into some slow pay problems. When we initially contacted them LiveSports stated that they could not help us with a complaint due to privacy concerns. This is always a red flag to us, as we request a good amount of player information on our complaint form. 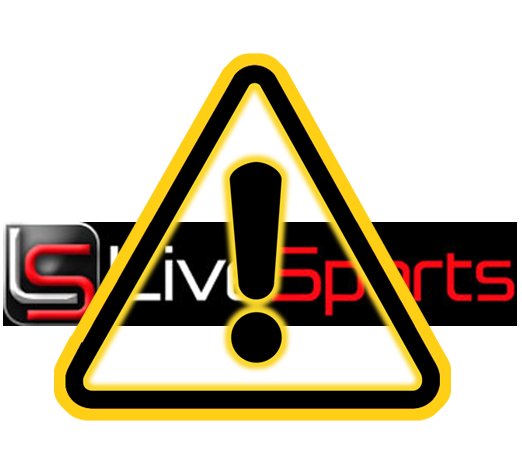 We ultimately worked with the licensing group in Curacao that holds the master license, as LiveSports (and many books licensed in Curacao) is a sub-licensee. They assisted us and cleared most of LiveSports' issues and several players were paid or put on a payment plan. However, since the end of football season, we contacted the licensor several times regarding repeated slow pay complaints. Several players have been owed money for two months or longer.

Specific Notes: OSGA was first contacted by a player who was being slow paid right at the end of last football season. The player did receive payouts previously, but a request at the beginning of January for $500 was delayed multiple times. The licensor checked with LiveSports and said that the sportsbook was having processor problems. The player did get a payment . . . $50. So he again requested the now $450 and the same thing happened. Delays, misinformation and $50 showing up.

Another player contacted us after waiting for $800 from LiveSports since late January. Again we contacted the licensor and again they claimed that they were on top of it, that this player and the previous one had nothing to worry about. Some days later, this player got $50. The same scenario has played out for this player too. He got the same $50 then after weeks and more delay, got another $50. However, in his case, they have the balance in his account wrong and have not replied to him at all regarding this discrepancy.

Finally, a player who won some more serious change complained in late February about a $2,000 check that he requested from LiveSports. We inquired for this player with the license provider and was again told that it was a processing problem and that this player would be taken care of. So far he has not been paid.

Ultimately, this leads us to a Bad Bet alert on LiveSports.ag and a question about what kind of enforcement the licensing body actually has. We delayed this Bad Bet as we understood that the license holder was ultimately responsible, but this now does not appear to be the case.

We are recommending that players simply avoid LiveSports altogether.

LiveSports continues to  slow pay players. However, the licensing body has stepped up to the plate and has pulled their Curacao gaming license. Gaming-Curacao will be launching a full inquiry concerning customers' payouts and balances.